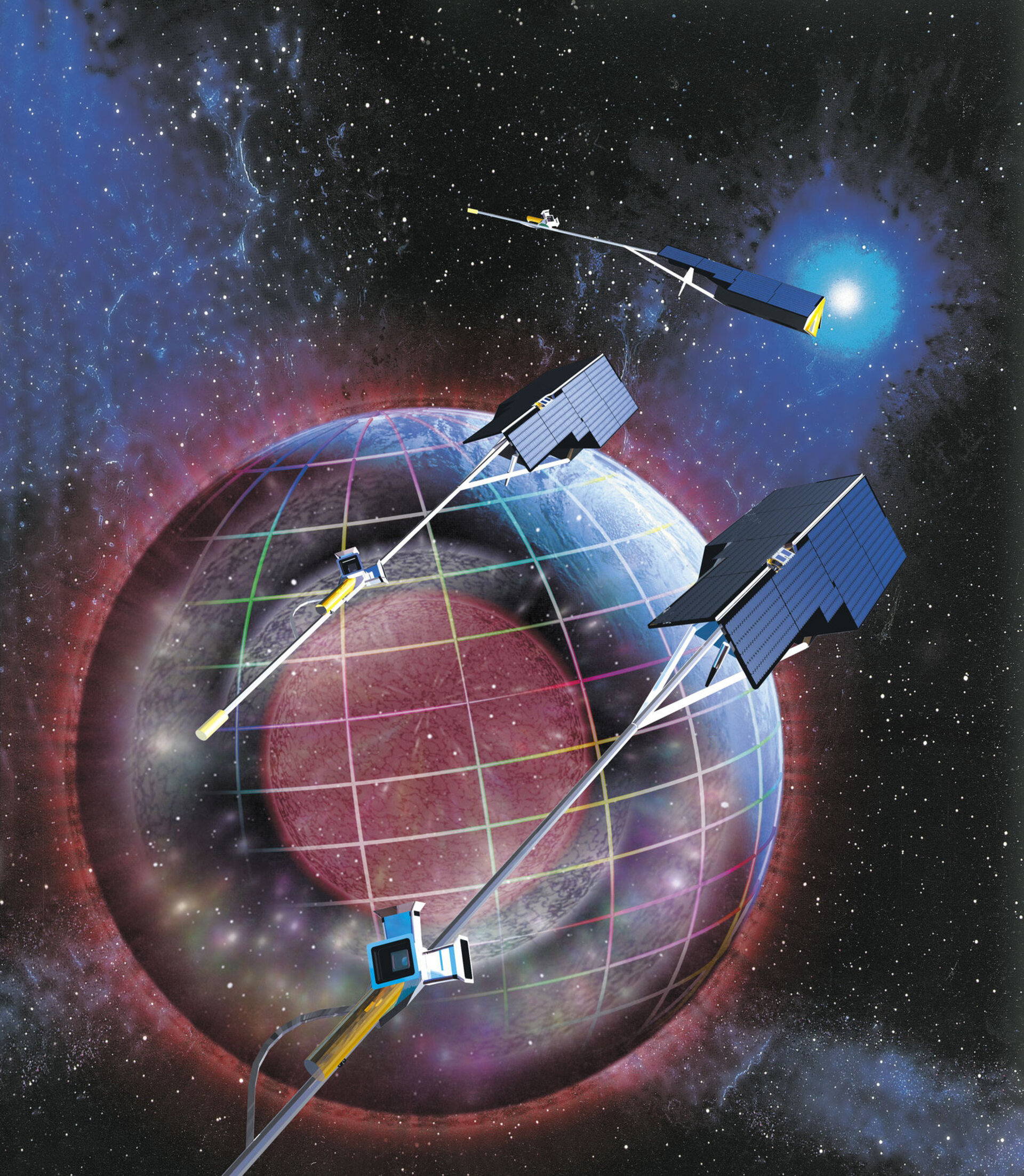 Due for launch in less than four years, the development of ESA's magnetic field mission Swarm is well underway; thus, it is now time to bring together scientists and students who work in the field of geomagnetism to discuss how this mission will be of benefit.

To this end, the first Swarm International Science Workshop is being held on 3-5 May 2006 at the University of Nantes, France. The workshop will provide the forum for participants to be given the latest information about the concept of the mission, its design and scientific goals. There will also be presentations on subjects related to the Earth's magnetic field and the results of other associated space missions such as Ørsted and CHAMP, and the opportunity to get involved with future activities connected with the preparation of the Swarm mission.

Swarm is made up of a constellation of three satellites; two of which will orbit the Earth side-by-side at an initial altitude of 450 km and another single satellite at the higher altitude of 530 km. Together these three satellites will measure the strength, direction and variation of the Earth's magnetic field and its electro-magnetic environment far more accurately than ever before.

The data from Swarm will lead to new insights into the Earth system by improving our understanding of the Earth's interior and its effect on Geo-space, the vast region around the Earth where electro-dynamic processes are influenced by the Earth's magnetic field. In essence, the Swarm mission will further our understanding of upper-atmospheric processes and will also have practical applications in many different areas, such as space weather and radiation hazards.

Swarm will take over from the current Ørsted, CHAMP and SAC-C magnetic field mission, which have been providing continuous high-precision magnetic observations since 1999. With this continuation, it will be possible to complete more than a decade of magnetic observations within the context of the 'International Decade of Geopotential Research' providing the best-ever survey of the geomagnetic field and its temporal evolution.

The forthcoming Swarm workshop promises to be a stimulating and interesting event for all those interested in furthering our understanding of the Earth's magnetic field. Although there is no charge for attending the workshop, it is necessary to register before 31 March 2006.

For more information about attending and registering, please see: