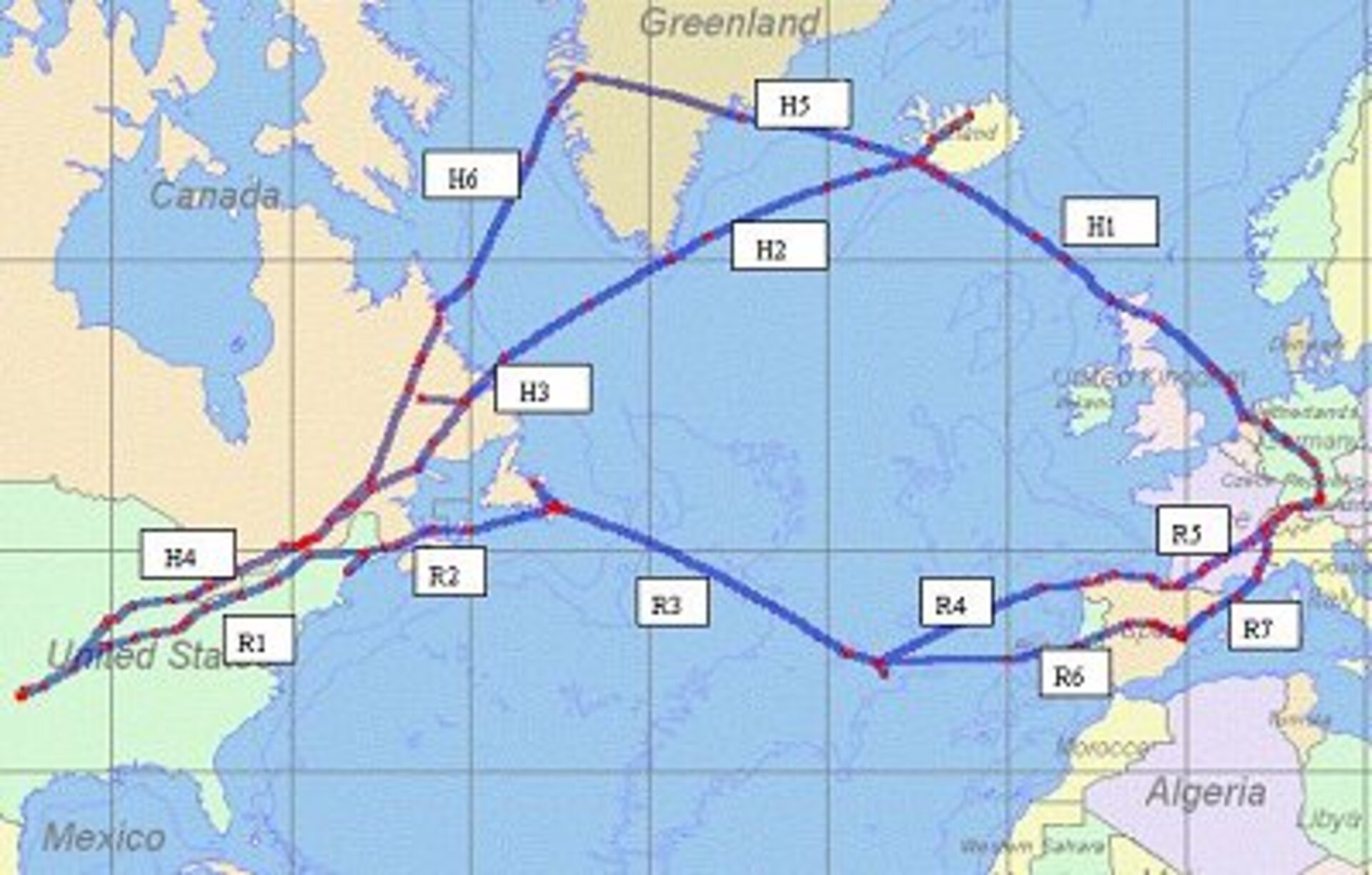 In support of the Earth Explorers Core Mission contender WALES (Water vApour Lidar Experiment in Space), which entered the feasibility study stage (Phase A) late last year, valuable atmospheric water vapour and aerosol data has recently been collected over the Atlantic Ocean by way of the airborne WALEX campaign.

The Earth Explorers WALES mission is aimed at providing a better understanding of the distribution of atmospheric water vapour in the troposphere and lower stratosphere and will consequently improve weather modelling and prediction. Accordingly, the aim of the WALEX airborne campaign is to provide representative lidar measurements of water vapour and aerosol properties in different climatic zones. The WALEX campaign has successfully collected the appropriate data and will thereby help in the design and performance studies of the WALES mission.

During May and June, a Falcon 20E operated by the German Space Agency (DLR) made 2 long data acquisition flights. The aircraft housed a specially conceived Differential Absorption Lidar (DIAL), which pointed downwards so it is able to measure water vapour and aerosol concentration profiles directly below the plane. The first data acquisition flight took a northern route across the Atlantic via Iceland and Greenland and then down through Newfoundland and ended in Oklahoma. The return trip took a more southerly route via the Azores. In all, a total of 15 hours of lidar data were collected over a variety of interesting atmospheric structures including frontal zones and patches of vertical turbulence.

The richness of the information collected during the WALEX campaign is illustrated in the adjacent image. The data here were collected close to Iceland during the flight to Oklahoma. In the upper panel the backscatter ratio measured at 925 nm, captures a cloud band between an altitude of 6 km and 10 km (the dark features in the upper part of the image). The layer of dense cloud at 2 km altitude and lower are also clearly visible. The lower panel shows the concentrations of water vapour as seen by the instrument and the green area above the oblique blue line corresponds to humid air masses rising above the colder air.

The WALEX data-set is currently being analysed and the initial results will be presented to the members of the WALES Mission Advisory Group in October 2002.

For further information on the WALEX campaign please contact: