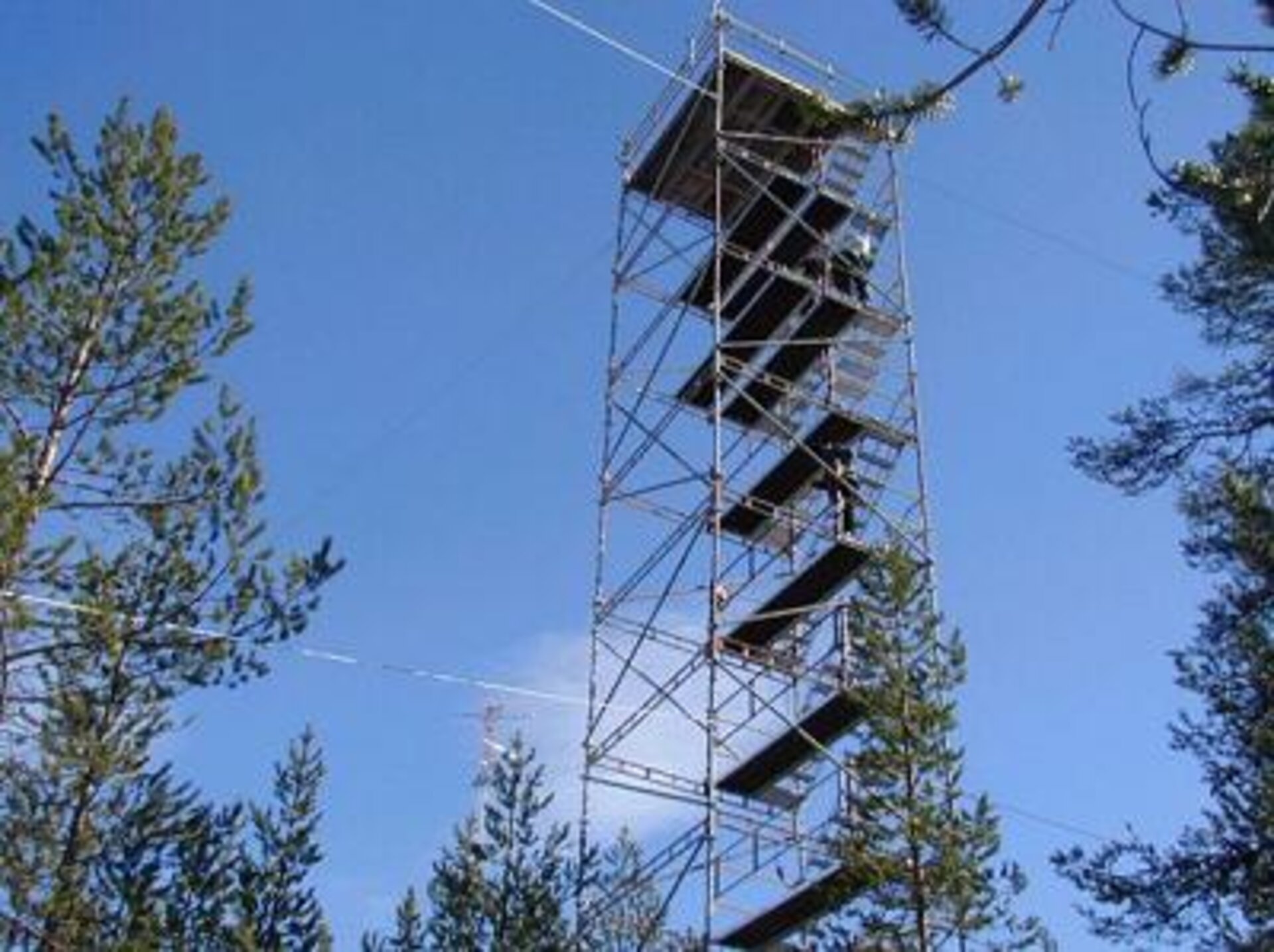 After six weeks of intensive research involving the efforts of over 18 people from five different institutes, the Solar Induced Fluorescence Campaign (SIFLEX-2002) has finally come to an end. The main goal of this campaign, which took place in Sodankylä in northern Finland, was to collect experimental data to help us understand whether solar induced fluorescence measurements may someday be used to monitor and map the photochemical activity of boreal forests from space. This in turn, could lead to more accurate estimates of carbon dioxide emission and absorption rates using space borne sensors, as well as a better understanding of global warming processes.

In carrying out the SIFLEX campaign the scientists faced a number of practical and technical challenges. Extreme temperature variations over short time periods proved taxing for both the equipment and the scientists, mosquitoes were a constant irritation and daylight for 24 hours a day made sleeping difficult. Also, from a remote sensing perspective, boreal forests are a challenge to work in and characterise because needles, shoots and forest crowns interact with the incident sunlight in a complicated fashion so that the observed fluorescence signals are more difficult to interpret.

To overcome this problem, a wide-ranging series of experiments were successfully carried out during the campaign to obtain a complete picture of the light interactions within the forest canopy. The main experiment consisted of measuring the pine canopy fluorescence at different scales (needle, shoot and crown), using 4 instruments developed in-house by LURE (Laboratoire pour l’ Utilisation du Rayonnement Electromagnetiqué). The experimental set-up for one of the instruments is shown in the adjacent image. However, to get a better idea of how the fluorescence signal may appear from a satellite requires measurements to be taken from above the forest canopy. To do this a 20 metre tower was erected just before the start of the campaign, which provided a remarkable view of the forest canopy. This tower served as the principal observation platform for fluorescence measurements throughout the 6-week campaign. A number of other instruments from the University of Valencia (Spain) were installed in the main tower or nearby to provide complementary measurements that will help when interpreting the fluorescence signal and modelling light scattering in boreal forests. These included measurements of reflectance spectra and thermal characteristics of boreal forests, atmospheric radiation properties, weather data and carbon flux measurements, which were taken mainly from the nearby 50 metre permanent tower belonging to the Finnish Meteorology Institute (FMI). The Sodankylä Geophysical Observatory and FMI provided logistical support. This included housing the researchers from France, Spain and Canada and support with the installation and adaptation of the measuring instruments on-site.

In order to make possible future detailed analysis of the collected data, a 3D reconstruction of a ‘virtual’ 25m x 25m pixel was also carried out using stereo-images and laser mapping. The location and height of every one of the 598 trees within the pixel were recorded and the trees and tall bushes that are completely submerged under the tree canopy, i.e. the understory, was mapped. This information will be useful to predict what may in the future be observed from space through remote sensing.

Through the SIFLEX campaign, researchers have gained experience in the characterisation of boreal forests for remote sensing studies as well as collecting over 1 Gigabyte of valuable data. This data is currently being documented and organised into a database, which will allow scientists to easily access and make comparisons with measurements taken from different instruments, and so provide a complete picture of the radiation properties of boreal forests. This database will be instrumental in helping define novel accurate methods of measuring photosynthesis from space and could lead to better estimates of carbon fluxes over wide areas.

For further information on the SIFLEX-2002 campaign please contact: