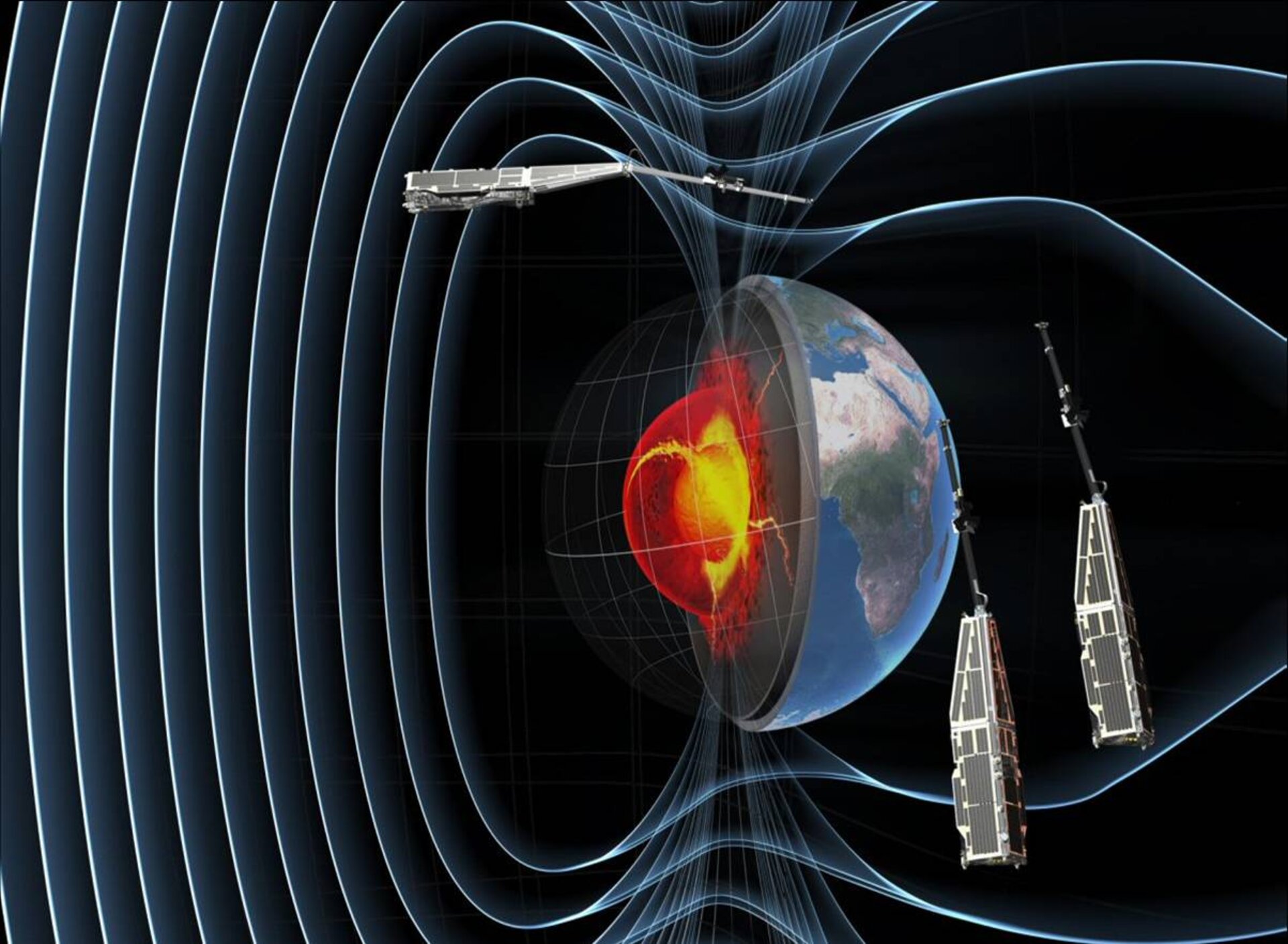 The presentations can be viewed and/or downloaded from the Second Swarm International Science Meeting website and then clicking on 'Programme' in the left-hand bar.

The meeting was held on 24—26 June 2009 at the GFZ German Research Centre for Geosciences in Potsdam, Germany with the programme covering the scientific aspects and current status of ESA’s magnetic field mission Swarm. This meeting was the second in a series dedicated to the Swarm mission; the first took place in May 2006 at the University of Nantes in France.

This second meeting proved to be an overwhelming demonstration of how interest in this particular field is growing within the scientific community. The three-satellite Swarm constellation, which is scheduled to launch in 2011, will make it possible to complete more than a decade of magnetic filed observations within the context of the 'International Decade of Geopotential Research' and provide the best-ever survey of the geomagnetic field and its temporal evolution.

Swarm will lead to new insights into the Earth system by improving our understanding of the Earth’s interior and its effect on geospace, the vast region around the Earth where electro-dynamic processes are influenced by the Earth’s magnetic field.

"The 2nd Swarm Science Meeting in Potsdam was an overwhelming demonstration of the large and growing science community in this field. The June 2009 EOS (American Geophysical Union) article has highlighted the significant advances in geomagnetic research that has taken place during the present decade based on data from the existing missions," said Eigil Friis-Christensen from the Technical University of Denmark.

"These advances were presented with particular focus on the benefits of the new and extended opportunities that Swarm will bring. Specifically noteworthy was that the growth of the attendance relative to the 1st Swarm Science meeting seemed to be linked particularly to a growing interest among the communities in neighbouring research areas .It has now been realised that Swarm does not only present state-of-the-art magnetic observations but provides a unique set of complementary observations describing the electrical state of the upper atmosphere, which is a key element in the concept of space weather."