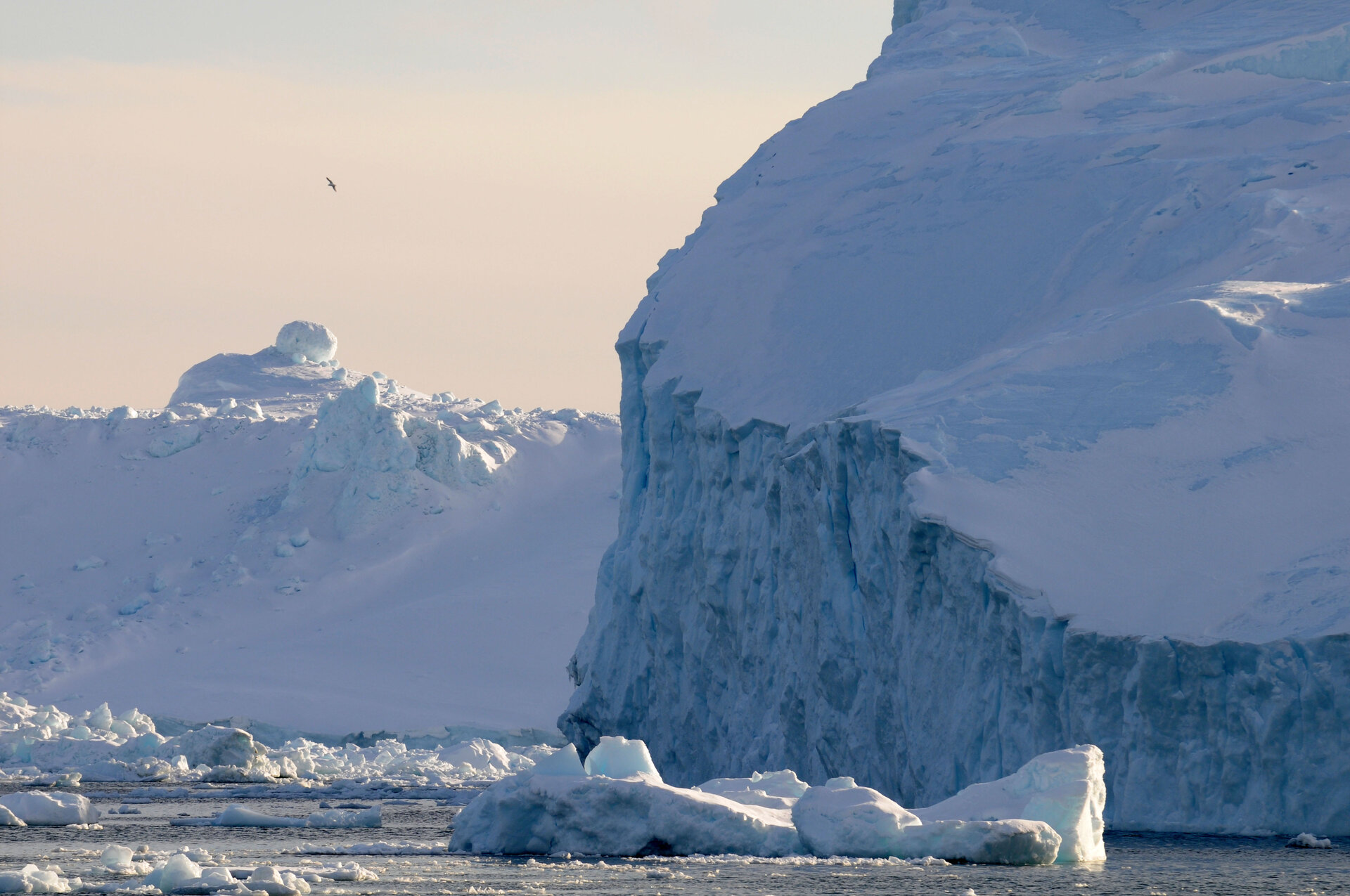 A century ago, the RMS Titanic struck an iceberg while crossing the North Atlantic and sank at the cost of over 1500 passengers and crew. Today, thousands of boats cross the same iceberg-ridden path with no loss of life – and satellites are helping.

Frederick Fleet had the unenviable task of being the lookout on the Titanic during the night of 14 April 1912. The ice information provided by Frederick was the only intelligence that Captain Edward John Smith had for navigating the ship through these treacherous waters.

The role of the IIP today is to monitor icebergs and establish an iceberg danger area based on observations that are being fed into drift and melt models.

At any time, there may be tens to hundreds of thousands of icebergs in Arctic waters. The Ice Patrol’s challenge is to determine the number of icebergs that will drift south towards shipping lanes in the North Atlantic between Europe and the major ports of the United States and Canada.

To date, no vessel that has heeded the Ice Patrol’s published ‘iceberg limit’ has collided with an iceberg.

The IIP first used marine vessels to perform routine ice patrols, but switched to aerial surveillance after World War II. Today, aerial surveillance is the primary ice reconnaissance method, but IIP aims to replace expensive ice flights, and has been looking to satellite observations as the successor technology.

“In particular, the planned launch of a new generation of public good satellites – such as Sentinel-1 – will dramatically increase the availability of radar data and reduce the revisit time in the IIP area of responsibility.

“In addition, the new higher resolution generation satellites will improve the ability to detect small icebergs.”

Radars on satellites are particularly suited to iceberg monitoring because they can acquire images through clouds and darkness.

The use of satellites for iceberg surveillance first caught the attention of scientists in 1992 when ESA’s ERS-1 satellite, carrying the synthetic aperture radar, was launched.

Investigations into the use of satellites for iceberg detection continued through the 1990s, but it wasn’t until the initiation of ESA’s Global Monitoring for Environmental Security (GMES) programme that wide-scale operational demonstrations began.

Since 2003 and with the assistance of GMES, the Canadian research and development company C-CORE has been working with IIP to develop innovative iceberg detection technologies based on satellite radar images.

Discriminating between icebergs and vessels based solely on the radar images remains a challenge, but C-CORE, IIP and others are working to improve the reliability of this process.

Under GMES, the Sentinel-1 constellation envisaged for launch in 2013 will provide complete coverage of the Arctic every 24 hours and therefore play an important role for iceberg monitoring.

Data from the current CryoSat-2 and forthcoming Sentinel-3 missions will complement this by providing information on extreme sea-ice features.

ESA has since activated a contingency agreement with the Canadian Space Agency to continue to fulfil some of the user requirements with Radarsat-1 and Radarsat-2 data.