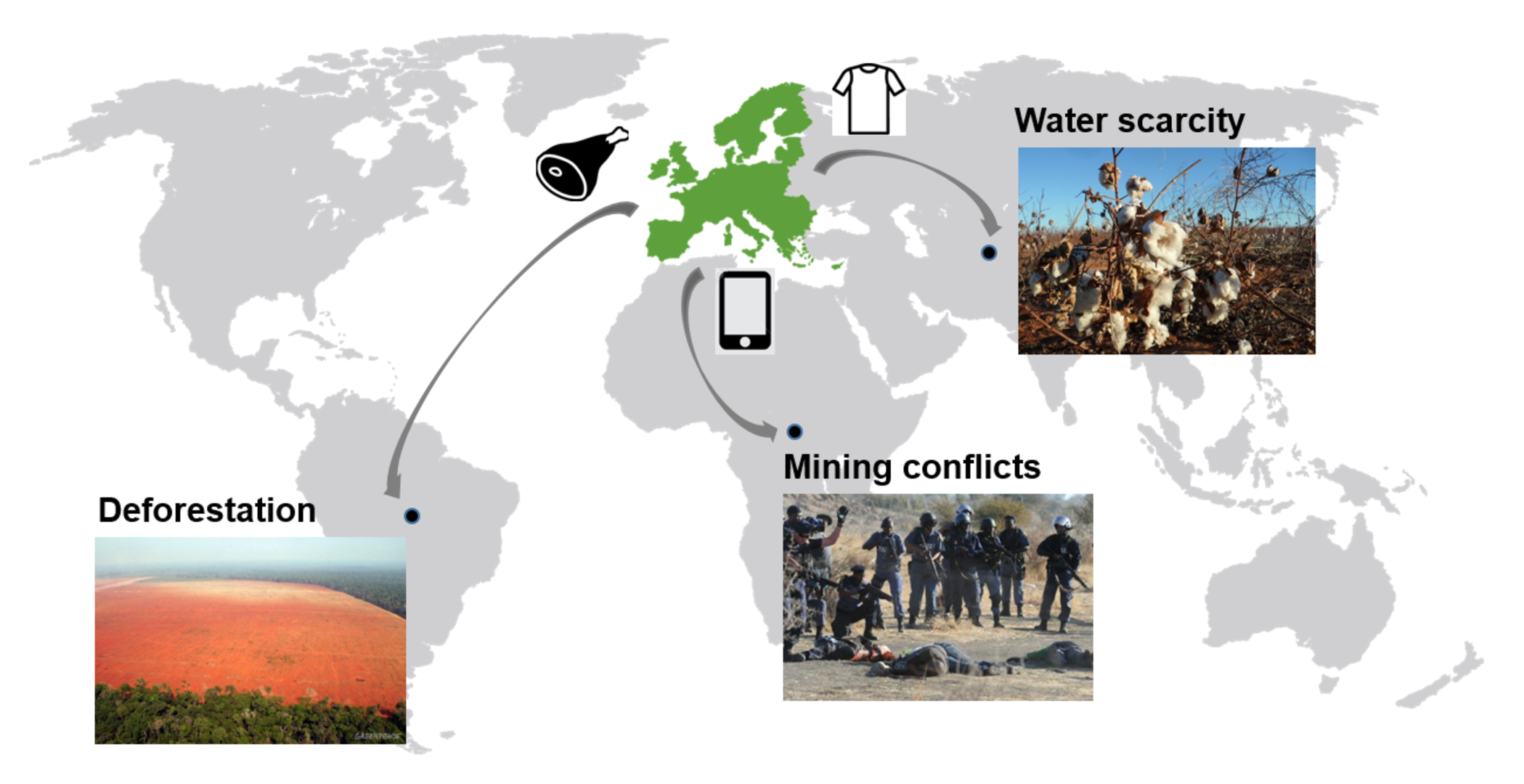 Globalisation and international trade allow us to consume produce from all over the world. But this comes at a cost to the environment – but, for the first time, satellite data combined with artificial intelligence is being usedtoprovide information to assess the impact of global supply chains.

The production of food and other resources is increasingly associated with issues such as deforestation and the loss of biodiversity in places thousands of kilometres away from where the end product is finally consumed or used.

While progress has been made to understand the changing structures of supply chains, and to calculate the accumulated environmental impacts – from where agricultural products are harvested and mineral resources are extracted all the way to final consumption. However, existing models are limited to a national level – hindering the accurate calculation of global impacts.

The ERC FINEPRINT project, implemented at the Vienna University of Economics and Business, has developed a new method for assessing the impact of supply chains. FINEPRINT uses various satellite data to map agricultural production and mineral extraction, as well as their related impacts.

“There is a huge, hitherto untapped potential to combine Earth observation and economic data to support efforts by business and policy in making supply chains more sustainable,” says Victor Maus, from the Vienna University of Economics and Business speaking at ESA’s ɸ-week.

“While remote sensing has been widely used to analyse a wide range of ecosystem changes such as deforestation, satellite data has rarely been connected to the underlying economic production, trade and consumption patterns that drive these changes.”

By combining Copernicus Sentinel-2 and US Landsat time-series images, the spatial distribution of the production of agricultural commodities, such as soybeans, sugar cane, cotton and maize can be assessed.

And then using machine-learning algorithms, timely crop-type maps can be produced to map land-use change. This can be then traced along global supply chains to the final consumers through international biomass trade models, such as the Food and Agriculture Biomass Input-Output (FABIO) Model.

Tracing product consumption back to the exact geographic location of production and the local environmental impact is crucial for informed decision-making. Policy, businesses and consumers need this information to realise more sustainable production and consumption practices.

As well as this, FINEPRINT also assesses the extent and environmental impacts of the mining sector, using satellite imagery to quantify the land used for mining activities at a global scale, such as buildings, dams and tailings.

By combining various sources of mining statistics with satellite images, mainly Copernicus Sentinel-2 and Google imagery, the land-cover changes caused by mining and deforestation can be estimated. A pilot study is currently being tested to trace the direct land-cover changes driven by agricultural commodities produced in Brazil, and then consumed in Europe.

Earth observation satellites are the only viable and cost-effective data source capable of providing regular and consistent information regarding mineral extraction and agricultural production and their related impacts at a global scale.