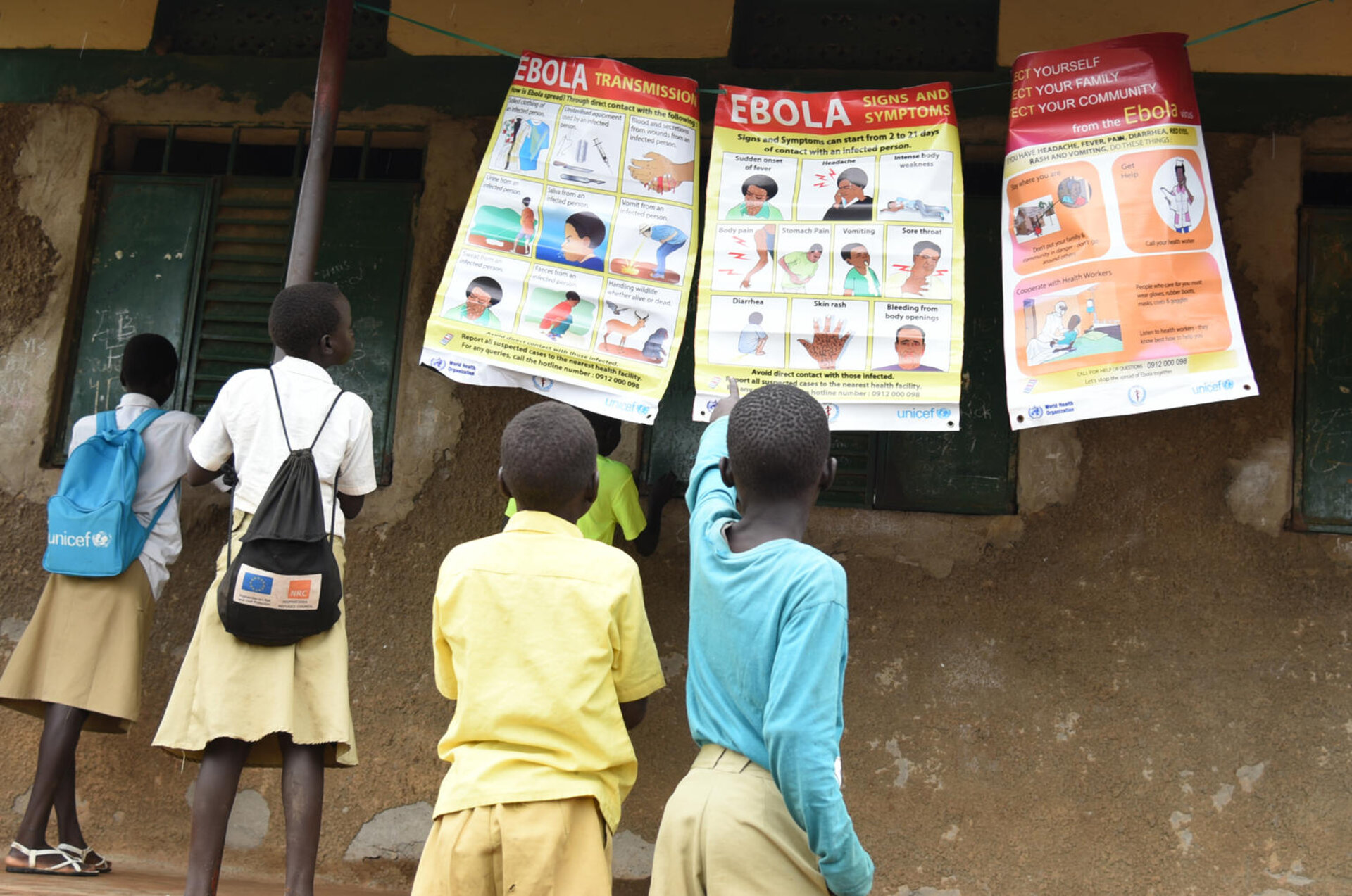 Every day, UNICEF works to help children that are victims of poverty, disease, conflict, migration and more. These problems are not only tragic, but also extremely complex. To further improve the way it works, UNICEF is taking a non-traditional approach by looking at breakthrough technology, Earth observation, big data and artificial intelligence.

At ESA’s ɸ-week event, Manuel  Garcia-Herranz from UNICEF Innovation highlighted the scale of the problem, “In 2017, UNICEF responded to over 300 emergencies in over 100 countries.”

The problems that UNICEF faces are becoming ever more complicated.

For example, as people travel more, epidemics can easily turn into pandemics. The Ebola outbreak in 2014–15 is a clear example where the virus reached Monrovia, the capital of Liberia, and Freetown, the capital of Sierra Leone, and even Europe and the US.

Dr Garcia-Herranz noted, “Ebola is essentially a disease that starts in forested areas. We are currently fighting an outbreak in the Democratic Republic of Congo, but it is getting dangerously close to neighbouring countries.

“While the country is making enormous efforts to digitise information, the fact is there are very few data in places like this. Responders need geo-spatial information to know where to place resources.

“They need to know where people live, where infrastructure such as health centres or schools are located or where people from Ebola-affected areas travel most in order to understand the situation and better respond to the epidemic.”

Population growth and poverty are leading to greater urbanisation and while the whole planet is at risk of climate change, the effects are likely to be felt more in poorer parts of the world.

To tackle huge challenges such as these, UNICEF Innovation is looking at frontier technologies such as blockchain, artificial intelligence, deep learning or big data along with Earth observation.

Dr Garcia-Herranz added, “Data captures many different aspects of human behaviour, mobility and environmental patterns. Working together with the tech sector, governments and other organisations we can use data to shape responses to disasters, epidemics and other challenges.”

New sources, types and methods of collecting big data and real-time information mean new and faster ways of analysing the world. This can give organisations like UNICEF critical insights into the needs of vulnerable populations and where best to invest resources.

ESA’s ɸ-lab and UNICEF are now poised to work together in order to exploit the benefits of Earth observation along with breakthrough digital technologies, which is envisage to bring benefits to the most vulnerable on the planet.