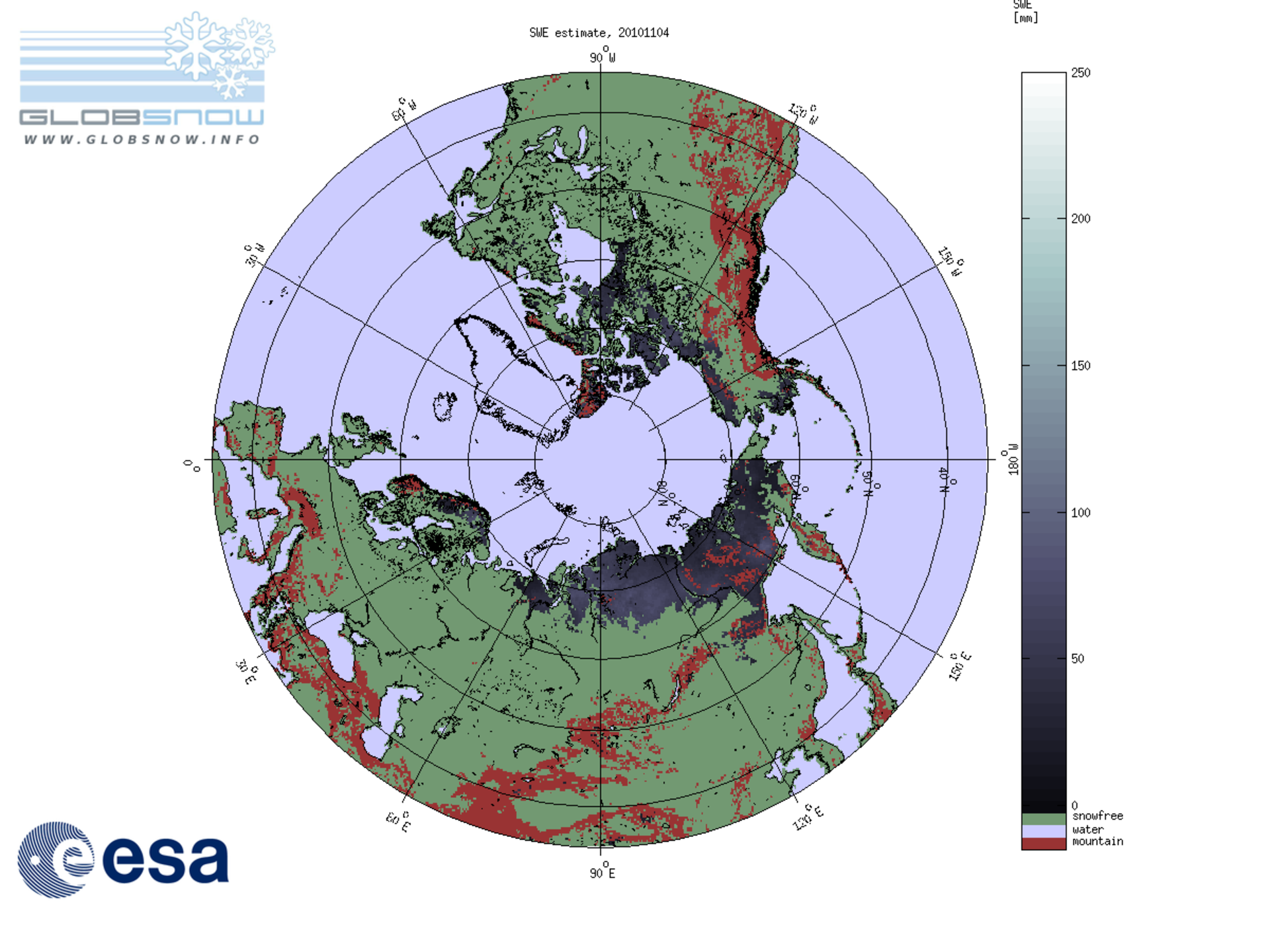 As winter approaches, northern dwellers will get assistance from space to help them face the harsh weather. Satellite information on snow cover is now available through ESA’s GlobSnow project soon after it snows.

As well as posing a hazard to communities through transportation shutdowns and floods, snow cover is one of the most important elements influencing the planet’s climate, meteorology and water systems. Understanding snow conditions helps us to predict floods and advance climate studies.

The sparseness of meteorological networks on the ground, especially in the remote areas of Eurasia and North America, makes it difficult to map and quantify the amount of snow.

GlobSnow, led by the Finnish Meteorological Institute, overcomes these limitations to improve information on snow characteristics in the northern hemisphere by using European and US Earth observation satellites.

A number of northern institutes will test the data for use in hydrological modelling, flood forecasting and water resources management.

GlobSnow is also using this state-of-the-art process, developed in Europe, to generate 30 years of snow data for climate research.

Having access to continuous satellite information of these regions over long periods of time is important for scientists to identify and analyse long-term climatic trends and changes.

To mark the start of winter in some northern regions, GlobSnow has released a film drawing on satellite data to show changes in snow cover in these areas over the past 28 years.