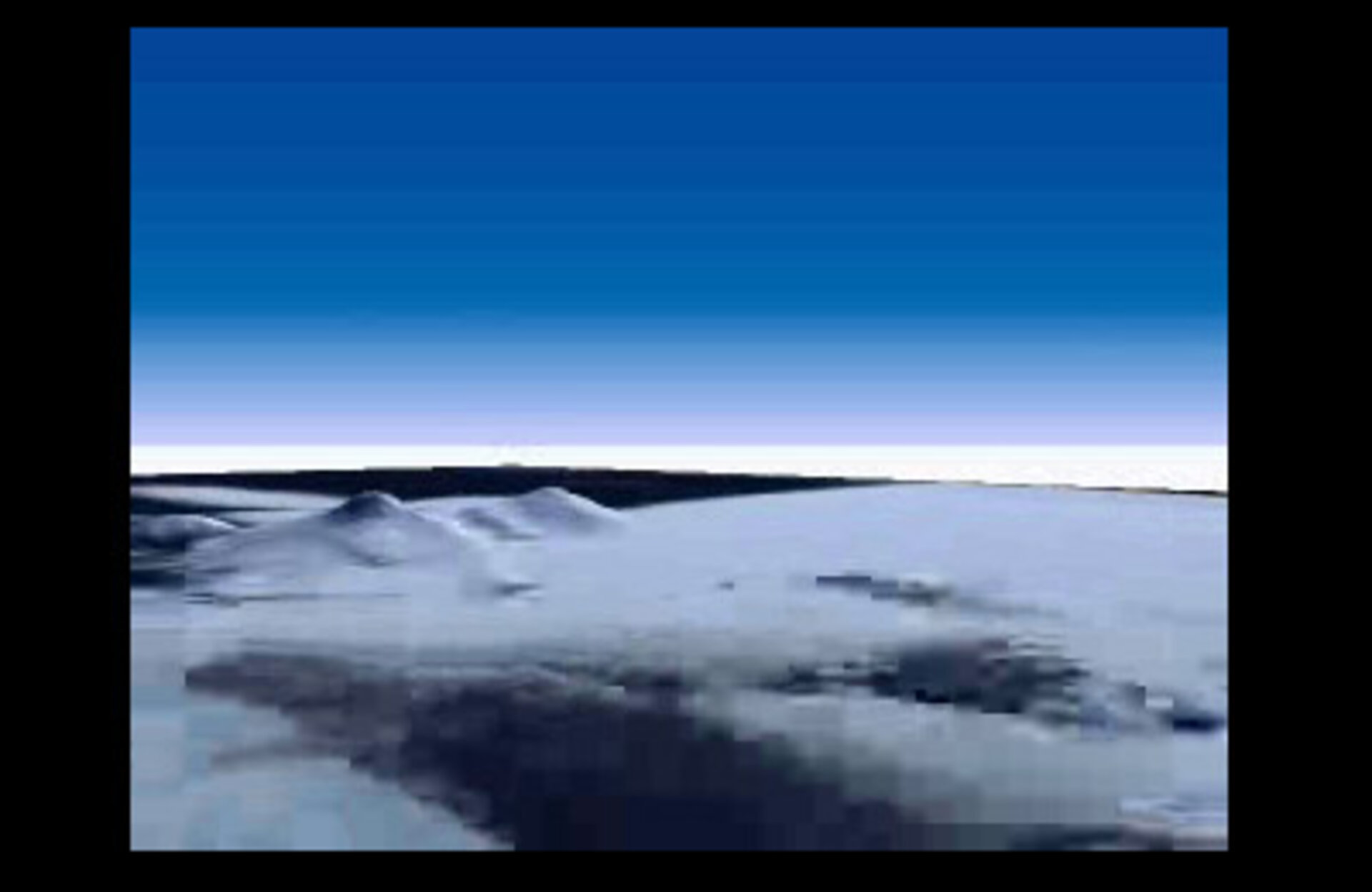 The United Nations chose to mark World Environment Day 2007 in Tromsoe, Norway, to stress the global environmental impact of melting ice and snow. Earth-observing satellites were recognised for their role in identifying and analysing long-term climatic trends and changes in polar regions.

Director of the British Antarctic Survey, Professor Chris Rapley, said: "Satellite observations show us that the polar ice is responding more quickly to climatic warming than the glaciologists had anticipated. ESA’s ERS and Envisat satellites have made especially important contributions.

"The ice sheets of Greenland and the Antarctic are increasing sources of global sea level rise. The ‘trillion dollar’ questions are ‘How much?’ and ‘How quickly?’ Ongoing monitoring from space will be essential to get the answers."

Polar ice plays a crucial role in regulating global climate because it reflects about 80 percent of the incoming sunlight. If the ice caps over the polar ocean melt, the ocean water would absorb a large part of the radiation energy, which would lead to further melting of the ice and further warming of the climate.

The ‘trillion dollar’ questions are ‘How much?’ and ‘How quickly?’ Ongoing monitoring from space will be essential to get the answers.

Because of the remoteness and harshness of the polar regions, in situ research is very difficult to carry out and has proved to be insufficient for comprehensive studies. Since their advent satellites have contributed to a greater understanding of polar regions and helped identify the strong links these regions have with Earth’s terrestrial, ocean and atmospheric processes.

According to a report released at the event in Tromsoe by the United Nations Environmental Programme (UNEP), the lives of hundreds of millions of people across the world will be affected by declines in snow cover, sea ice, glaciers, permafrost and lake ice.

Speaking at the event, the Minister of the Environment for Norway, Helen Bjørnøy, said: "As documented in the report, melting of ice and snow will in itself have severe consequences on nature and society. But it will also reduce the reflection of sun beams from the surface of the Earth and in this way contribute to further global warming."

Since the early 1990s, ESA has been able to provide near-continuous satellite data on the polar regions over long periods of time, which is essential for scientists to identify and analyse long-term climatic trends and changes. For instance, using radar altimeter data from ESA’s ERS-1 and ERS-2, scientists at NASA's Goddard Space mapped the height of the Antarctic and Greenland ice sheets and found there was a net loss of ice from the combined sheets between 1992 and 2002 and a corresponding rise in sea level.

In 2002 within days of its launch, ESA’s environmental satellite Envisat captured the disintegration of the Larsen-B ice shelf in Antarctica, surprising scientists because of the rapid rate at which the shelf broke apart.

Another study based on satellite data collected between 1996 and 2005 by ESA’s ERS-1, ERS-2 and Envisat and Canada’s Radarsat-1, scientists learned Greenland glaciers are melting into the sea twice as fast as previously believed, accounting for nearly 17 percent of the estimated 2.54 millimetre annual rise in global sea levels.

Observing data from Envisat’s Advanced Synthetic Aperture Radar (ASAR) instrument and the AMSR-E instrument aboard the EOS Aqua satellite, scientists last year witnessed for the first time dramatic openings in the Arctic’s perennial sea ice pack north of Svalbard, and extending into the Russian Arctic all the way to the North Pole.

ESA operated an exhibit at the event in Tromsoe to illustrate the benefits of satellite data and to highlight the need for carrying on long-term monitoring over the polar regions by satellites such as Envisat and ERS in order to provide authoritative evidence of trends and enable estimation of the consequences should such melting continue into the future.

In 2009, ESA will make another significant contribution to research in the polar regions with the launch of Cryosat-2. This spacecraft will monitor precise changes in the thickness of the polar ice sheets and floating sea ice. The observations made over the three-year lifetime of the mission will provide conclusive evidence on the rates at which ice cover is diminishing.