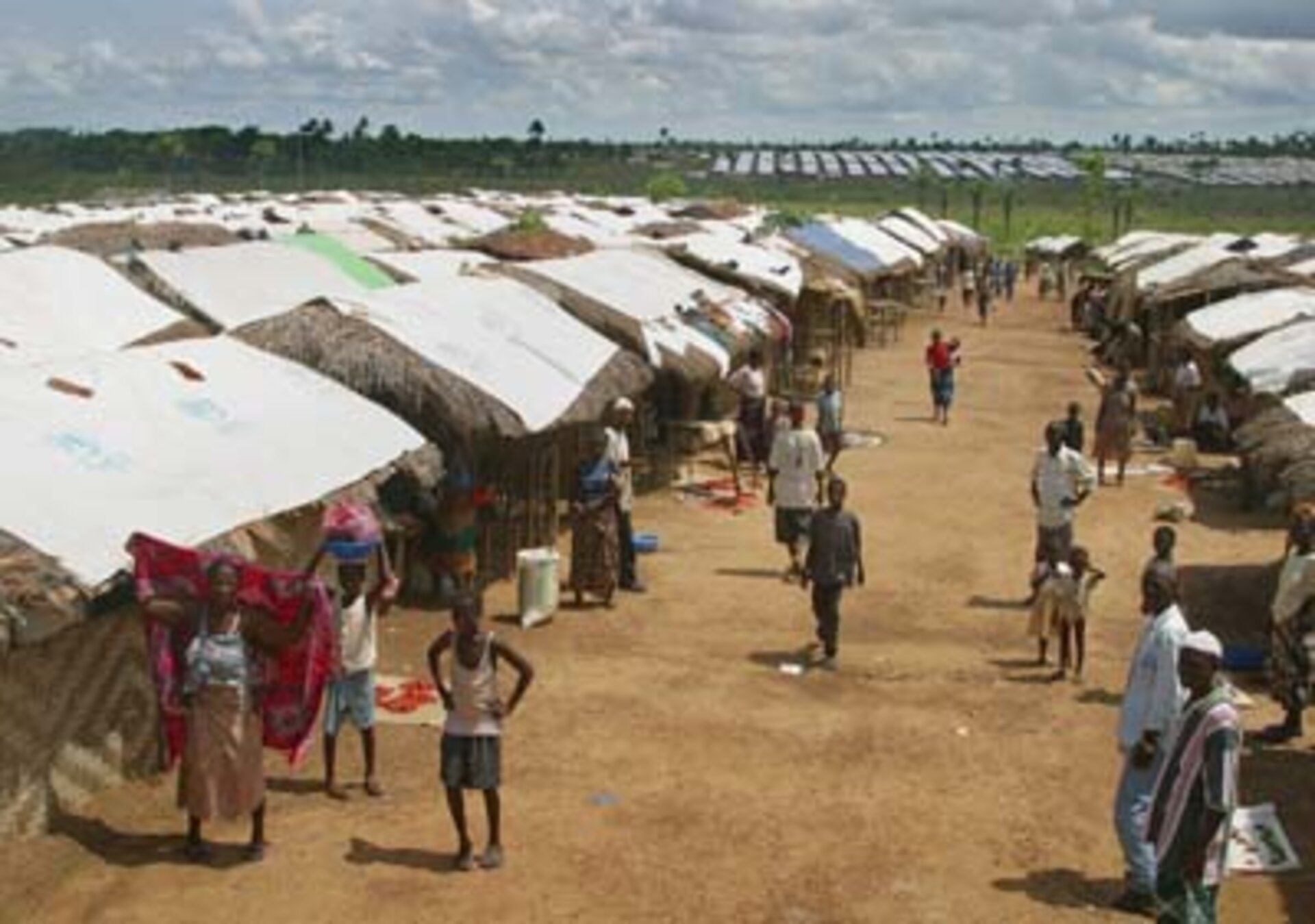 The few Médecins Sans Frontières personnel who work on in the besieged Liberian capital Monrovia – as well as outside MSF logistics planners – are using an ESA-provided city map based on satellite images.

The West African state of Liberia was stricken by a devastating civil war throughout much of the 1990s. More recently the conflict resumed after a few short years of peace. Within the last week Government troops have been fighting rebels less than ten miles from the edge of Monrovia, although a ceasefire has just been announced.

The fighting has caused the last working hospital in Monrovia to be closed. Currently only an emergency three-person MSF team plus local Liberian staff remain in the capital, supplying five outpatient clinics as well as a facility in the city stadium to serve displaced persons. Meanwhile an MSF cargo plane carrying medical and logistics supplies has arrived in neighbouring Sierra Leone.

With up-to-date maps of the area otherwise non-existent, MSF is relying on a city map of Monrovia prepared by the ESA-funded Humanitarian Mapping Service (HUMAN). Run for ESA by the Belgian firm Keyobs s.a., HUMAN makes use of satellite data to prepare accurate maps of remote areas for humanitarian organisations.

"The Monrovia map has been available to us for the last two months," said Rémi Carrier, Logistics Director of MSF Belgium. "It is used by logistics and operations planners as well as our few operatives still in the field. Everyone making use of the same map at both ends makes our communications much more effective. The map is used for assessing security, updating where the frontlines are located, and planning how to get our clinics supplied."

"It is very useful because there have been no new maps made of this area since the 1970s, despite the fact that African cities change so fast – new suburbs can spring up rapidly as populations move. Satellite pictures represent the best way of seeing how the city has evolved. Our hope now is that the ceasefire holds, and gives us a chance to resume the full scope of our activities, repair the infrastructure and help the people of Monrovia."

HUMAN's city map of Monrovia was prepared from high-resolution QuickBird images taken in March 2002, and processed the following December. The maps are made available both as paper documents and digital maps distributed by CD-ROM and email.

"Our map-making process uses three sources of information: archive maps, satellite images and field observation," said Herbert Hansen of Keyobs. "Archive maps are scanned and digitised to be used as a support for map creation. The satellite images are geo-referenced, showing roads, rivers, swamps and buildings. Field information – locations of important buildings such as pharmacies, warehouses and embassies and the names of main districts and roads – is added at the end."

HUMAN is currently providing a prototype service covering sub-Saharan Africa, with worldwide coverage due to begin next year. Humanitarian users can activate the service 365 days a year by fax or telephone call.

"The service we provide offers different delivery times," explained Hansen. "The first product is delivered in 48 hours, basically a compilation of existing data, a 'best-of' product for a troubled area. Detailed city products are available in about 12 days, and specific thematic products giving operational information on health and humanitarian infrastructures being provided in three weeks."

The HUMAN project is funded by ESA under the Data User Programme, developed by a consortium headed by Keyobs and composed of Intecs HRT, Créaction Int. and the Centre Spatial de Liège, with MSF Belgium as the user partner. The long-term intention is to build HUMAN into a self-sufficient service for NGOs and public organisations.