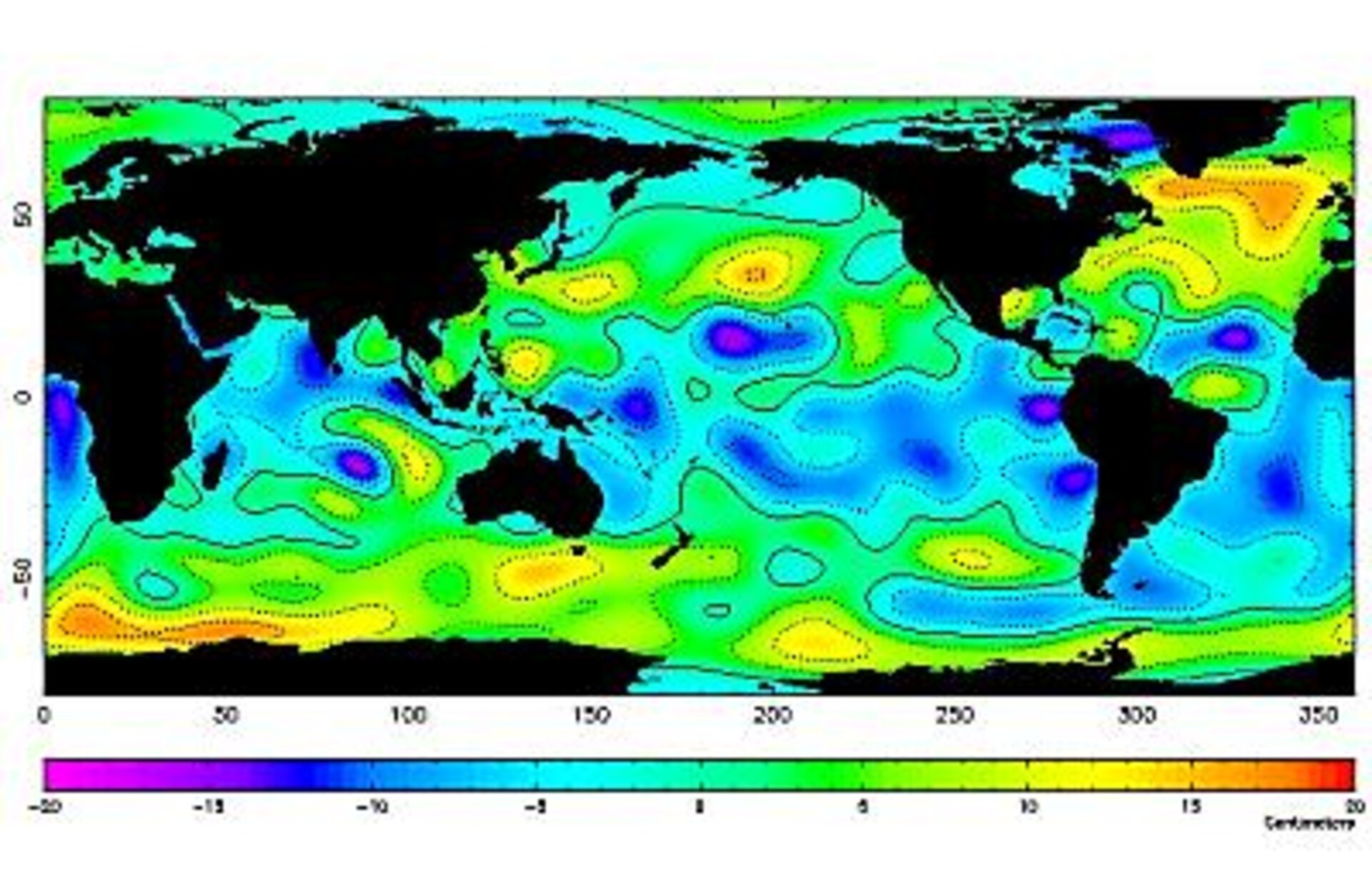 Could some countries vanish beneath rising seas? Are melting icecaps responsible for ever-higher sea levels? And above all, are these changes man-made, and preventable, or part of a natural cycle? These are the questions that could soon be answered by scientists using data from ESA’s ERS-1 and 2 and Envisat satellites.

“It’s vital that we understand how sea levels are changing over the entire globe,” explains Ole Andersen, of Denmark’s KMS research laboratory. By combining data from ERS-1 and 2, and the US Topex/Poseidon satellite, Andersen’s team is monitoring changes in sea level with tremendous precision - ERS radar altimeter data can be accurate to 3 cm. It’s necessary to combine data from several satellites because only ERS-1 and 2 scanned the high latitudes beyond 66 degrees North and South.

The project is focused on building up data about sea levels and surface temperatures over a long period. “You have to have ten years of data or more,” explains Andersen, “because the work we are doing is trying to identify a long term effect. There are seasonal fluctuations in sea level in both hemispheres as a result of changes in the amount of warming from the sun, and there are longer term cycles such as the El Nino event in the Pacific, which occurs about every four years.” An important part of Andersen’s work is developing a statistical model which can be used to remove these natural cyclical effects to expose the underlying trend.

Even with the clarity that ten years of data brings to the issue, there are still important questions to be answered. “We need to find out, for example, whether the sea level has risen because the icecaps are melting into the oceans, or because the sea water is warmer and less dense,” explains Andersen. And it is only through painstaking data analysis and new information from Envisat that the most important question of all can be answered: is mankind causing the seas to rise - and can the seemingly-inexorable process be stopped? “We are just getting to the point where some people are saying that it most probably is man-made,” says Andersen, “but I don’t think we’re really sure yet.”