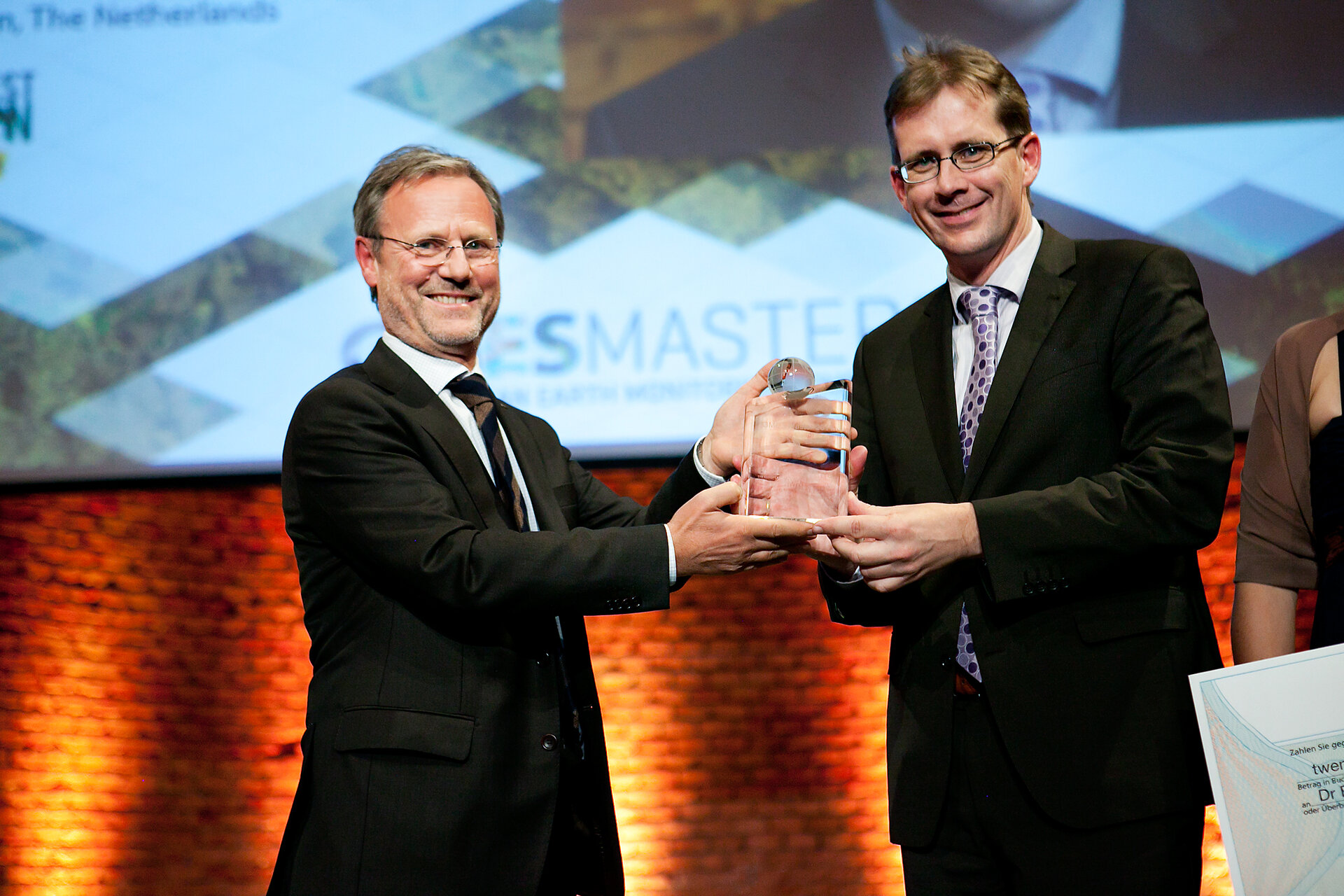 The winners of the first European Earth-monitoring competition – the GMES Masters – have been awarded in Munich, Germany. The winning projects exploit social media to advance Earth observation applications.

The new Global Monitoring for Environment and Security (GMES) Masters competition has proved to be a success in its very first year, with over 100 proposals submitted between July and September 2011, from 17 countries.

The competition was created by ESA, the Bavarian Ministry of Economic Affairs, the DLR German Aerospace Center and T-Systems, and is supported by the EU.

The competition winners were announced on 19 October in Munich, Germany. The event was opened by Bavarian State Minister Martin Zeil, followed by a video message from ESA Director General Jean-Jacques Dordain.

DeforestACTION Earth Watchers is an innovative approach to rainforest conservation submitted by the Dutch company Geodan.

The DLR expert panel chose Will Aicken and Richard Seaby of the British Serco Ltd as the winners of the DLR Environmental Challenge.

The prize went to the team for EOPPAD, a service that uses GMES and related data sources to monitor and assess the environmental impacts associated with the discharge of cooling water from thermal power plants.

The team around Scott Larsson of Canada’s UrtheCast company was selected as the winner of the T-Systems Cloud Computing Challenge.

UrtheCast is building the world’s first continuous, high-definition video feed of planet Earth from space to be streamed online and fully integrated with social media.

Meanwhile, the Satellite Rapid Response System (SRRS) submitted by Luca Mellano from the Italian company Chelys was the winner of the Best Service Challenge. An online audience selected it as the most beneficial service to Europeans.

This active participation, especially from small enterprises and start-up companies, shows how vigorously the international community in the field of value-added applications for Earth monitoring data has already grown.

The great number of proposed business cases and services indicates the huge commercial potential of the GMES programme.

The aim of the GMES programme is to provide easily accessible information to improve the management of the environment, understand and mitigate the effects of climate change and ensure civil security.

For a complete description of all winning ideas, visit www.gmes-masters.com.