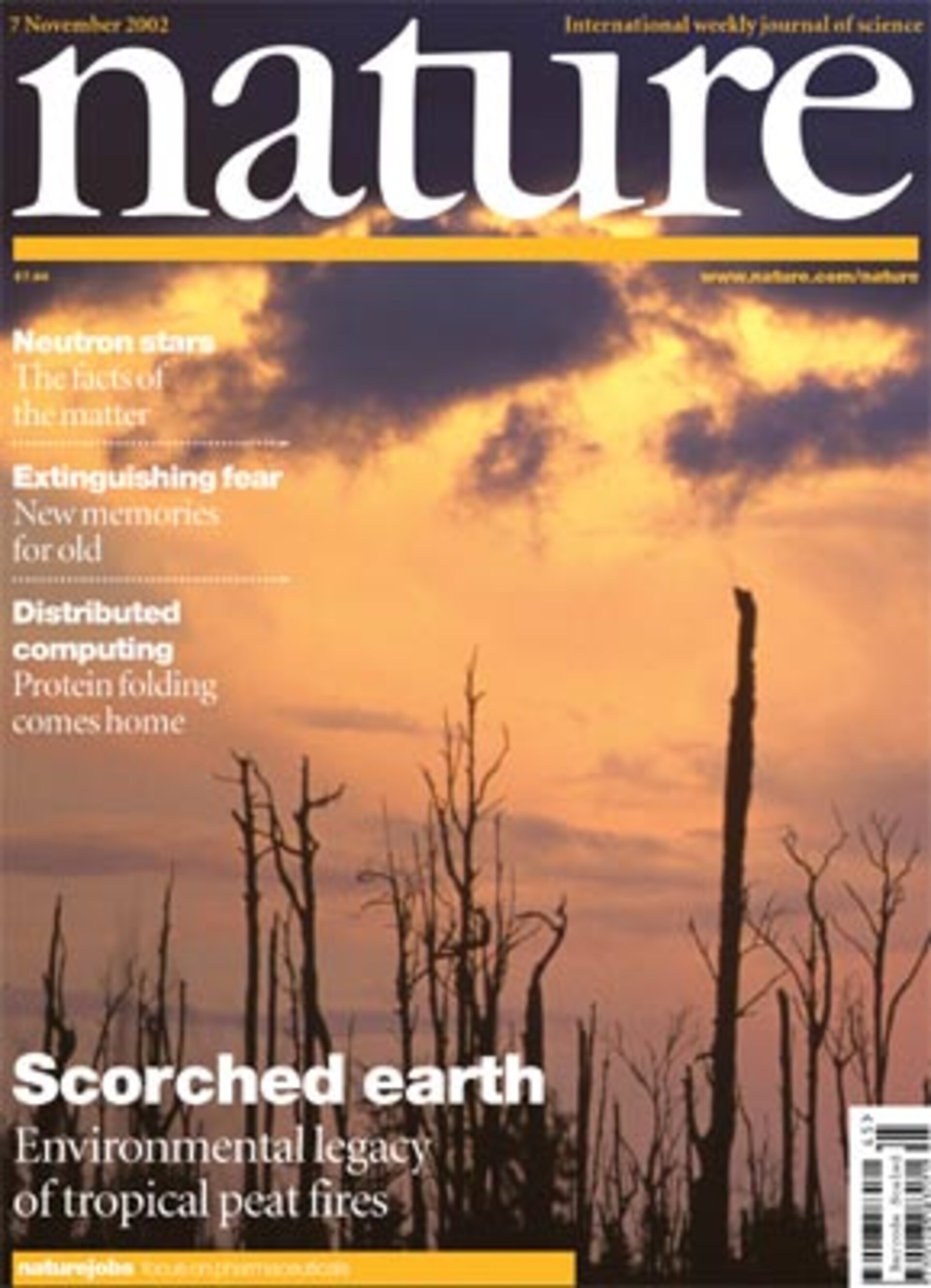 Writing in tomorrow’s issue of Nature magazine, European and Indonesian scientists detail their use of ESA and NASA satellite imagery to measure huge amounts of carbon dioxide released into the atmosphere by 1997-98 fires in the tropical bush of Indonesia.

A series of peatland and forest fires blamed on the El Niño climate phenomena devastated huge tracts of rainforest in Southeast Asia, hitting Indonesia particularly hard, in the most widespread fires in the region. The El Niño reduced precipitation and extended drought conditions throughout Southeast Asia and the Pacific region. The resulting fires produced a noxious yellow haze that covered an area 3000 by 5000 kilometres for months. Estimates of the economic damage to Indonesia, and neighbouring countries of Singapore, Malaysia, Brunei and Thailand, totalled more than $2 billion (€2.006 billion).

For the study, the researchers focused on tropical peat swamp forests, a largely overlooked ecosystem with peat deposits up to 20 metres deep. Because of the high carbon content of this organic soil, surface fires spread underground into the peat layer, not burning completely and producing huge amounts of smoke and fine particles. The peat swamp forests represent approximately 40 percent of the total area burned in Indonesia during the 1997-98 El Niño.

According to the cover story in Nature, the fires in Indonesia released upwards of 2.57 gigatonnes of carbon, 40 percent of the mean carbon emissions released annually from fossil fuels, and "contributing greatly to the largest annual increase in atmospheric carbon dioxide concentration detected since records began in 1957."

The study highlights that tropical peat stores huge amounts of carbon that will continue to be released to the atmosphere as carbon dioxide during future forest fires and land conversion from forest to agriculture. Carbon dioxide, one of the so-called “greenhouse gases," is responsible for global warming of the Earth’s atmosphere. Recurrent fires have the threatening potential of making a very significant contribution to this warming, particularly during an El Niño.

"The data presented in Nature are as relevant as ever because the forests in Indonesia have again been burning during this year’s extended dry season, caused by a weak El Niño weather event," commented Dr. Florian Siegert, managing director of Remote Sensing Solutions (RSS) GmbH, a Munich-based consultancy and applications developer of Earth observation solutions. "Unfortunately the world does not pay attention to that."

The researchers used before and after satellite images of an area measuring 2.5 million hectares in the central Kalimantan region on the island of Borneo. Using a single Landsat thematic mapper image, they determined the various types of land cover and the total peatland areas. To analyse the same region after the fires, however, optical satellite systems were at a disadvantage because of the residual haze and frequent cloud cover.

To solve the problem, the team turned to ESA and imagery from the ERS-2 spacecraft and its synthetic aperture radar (SAR). Radar-based sensors such as the SAR onboard ERS-2 are ideal for penetrating clouds and haze. The advanced SAR carried on ESA’s Envisat satellite will continue to monitor the drought and other effects of El Niño.

The ERS-2 radar imagery not only saved the team valuable time, but also was able to capture information about the study area that would not wait for better viewing conditions. "The first cloud-free Landsat image available from this area was acquired half a year later and some burnt areas could not be detected anymore due to fast regrowth of vegetation," Siegert said.

Combination of drought and poor development can be catastrophic

In an RSS press release on the Nature article, the scientist argues that the destruction potential of the fires is only triggered if more factors come together at a certain point. Pristine peat swamp forest will not burn, it stated, even after three months without rain, a typical condition during an El Niño.

"The combination of drought with wrong development programs and wrong land use policy lead into the catastrophe,” Siegert said. "Overexploitation by selective logging and drainage of the peat swamps makes this ecosystem susceptible to fire."

Unless land use policies are not changed to control logging and to introduce reduced impact logging techniques, recurrent fires will lead to a complete loss of Borneo’s peat swamp forests and continued, high emissions of carbon dioxide to the atmosphere. The study’s scientists are demanding intensive national and international efforts to avoid further fires in the tropical peat swamp forests in Southeast Asia.