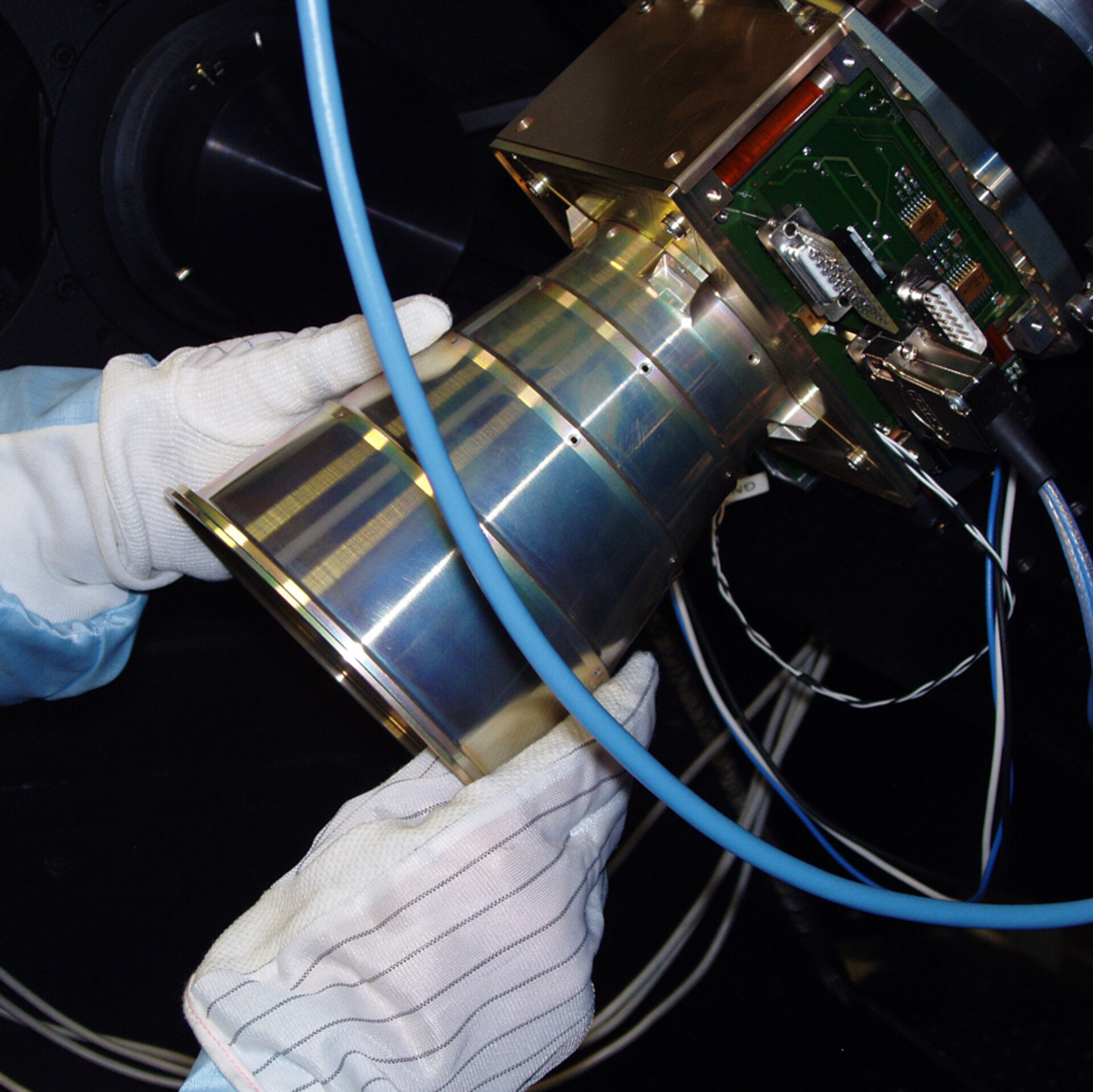 Getting into orbit is a massive undertaking. Launches are complicated and delicate affairs, but by no means the end of the story. Once a satellite arrives in space, it faces a whole new set of challenges.

For a telecommunications satellite to do its job, it needs to know where it is pointing. Startrackers use the visible stars in much the same way as ships have for centuries.

Alphasat, Europe’s largest telecom satellite, is carrying four Technology Demonstration Payloads (TDPs). One of these is Astro APS, a new-generation startracker built by Jena-Optronik, a German company with 40 years of experience in attitude, optical and orbit control sensors.

Harder than you think

Astro APS – standing for Active Pixel Sensor – is a cut above the rest because of its toughness. Radiation is one of the many challenges that high orbits present for intricate technology, and a major requirement for a device is the ability to cope with it.

Radiation-resiliency is such an important stipulation that another of Alphasat’s TDPs, the Environmental Monitor, has the sole task of measuring it so that we can learn more about how to protect equipment in orbit.

One of the main benefits of Astro APS’ increased durability is a prolonged lifetime. TDP 6, as the startracker is also known, has a life expectancy of 18 years.

Most technology destined for space must be built to contend with extreme temperatures, as this is one of the many factors that make space such a hostile environment. The advanced startracker is fortified to remain operational under temperatures as low as –30ºC and as high as +60ºC.

With a titanium body, its endurance means it can keep running for longer than previous products, while also being lighter and smaller. Hosted payloads must provide as little interference with the satellite’s main purpose as possible, and at less than 2 kilos, TDP 6 comes in well under the required maximum weight.

Testing technology with the help of a host

The fact that Alphasat’s TDP features all of these assets is not a coincidence – Jena-Optronik and the DLR German Aerospace Center are using the opportunity provided by Inmarsat’s satellite to secure flight experience for a new generation of startrackers.

Startrackers are known for being difficult to experiment with on Earth, as even the most sophisticated imitation of space conditions cannot provide us with completely accurate and representative results. In the absence of a flight opportunity, they are tested via electronic images and the night sky but both methods come with their own limitations.

Assessment in orbit is the only reliable way of evaluating new features.

In light of these constraints on terrestrial startracker experiments, ESA’s Advanced Research in Telecommunications Systems (ARTES) programme encouraged the development of technology that is both more efficient and cheaper to produce, and could capitalise on the opportunity provided by Alphasat –  which is how it now carries an instrument that weighs less than 2 kg, but can nevertheless help steer a satellite that tips the scales at almost 7 tonnes.

Paving the way for a new generation

In addition to being lighter, more resilient and less expensive, Astro APS is also smarter than its Jena-Optronik predecessors. It contains a catalogue of more than 3000 stars, specially optimised for the Alphasat mission.

If needed, it can determine the satellite’s attitude within 10 seconds without its full range of vision ora prioriinformation – colloquially known as the “lost in space” scenario – by using just the remaining visible stars.

It is capable of autonomous attitude acquisition, which means that it can switch itself on and track the direction the satellite is pointing in automatically, while retaining the option for manual telecommands at any time.

Previously, a challenge for previous startrackers was false stars on the detector – ‘white spot noise’. This new and improved instrument can separate these distractions from the real thing.

Apart from verifying the new-generation technology, TDP 6 also aids the experiments of TDP 1, the Laser Communication Terminal. By providing the terminal with attitude data, it improves the lasers’ ability to connect with low-orbit satellites – supporting a whole new area of space technology. 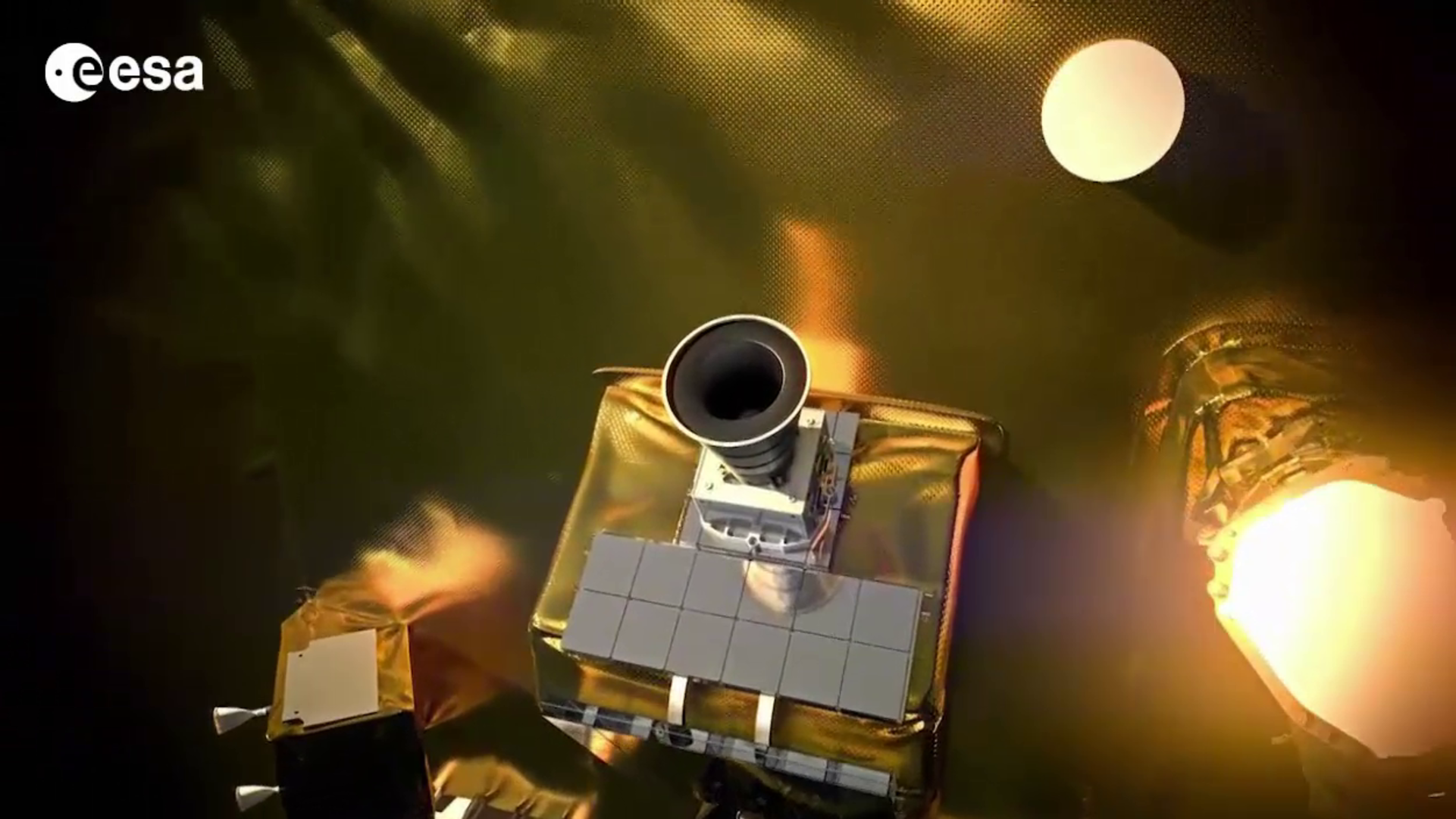