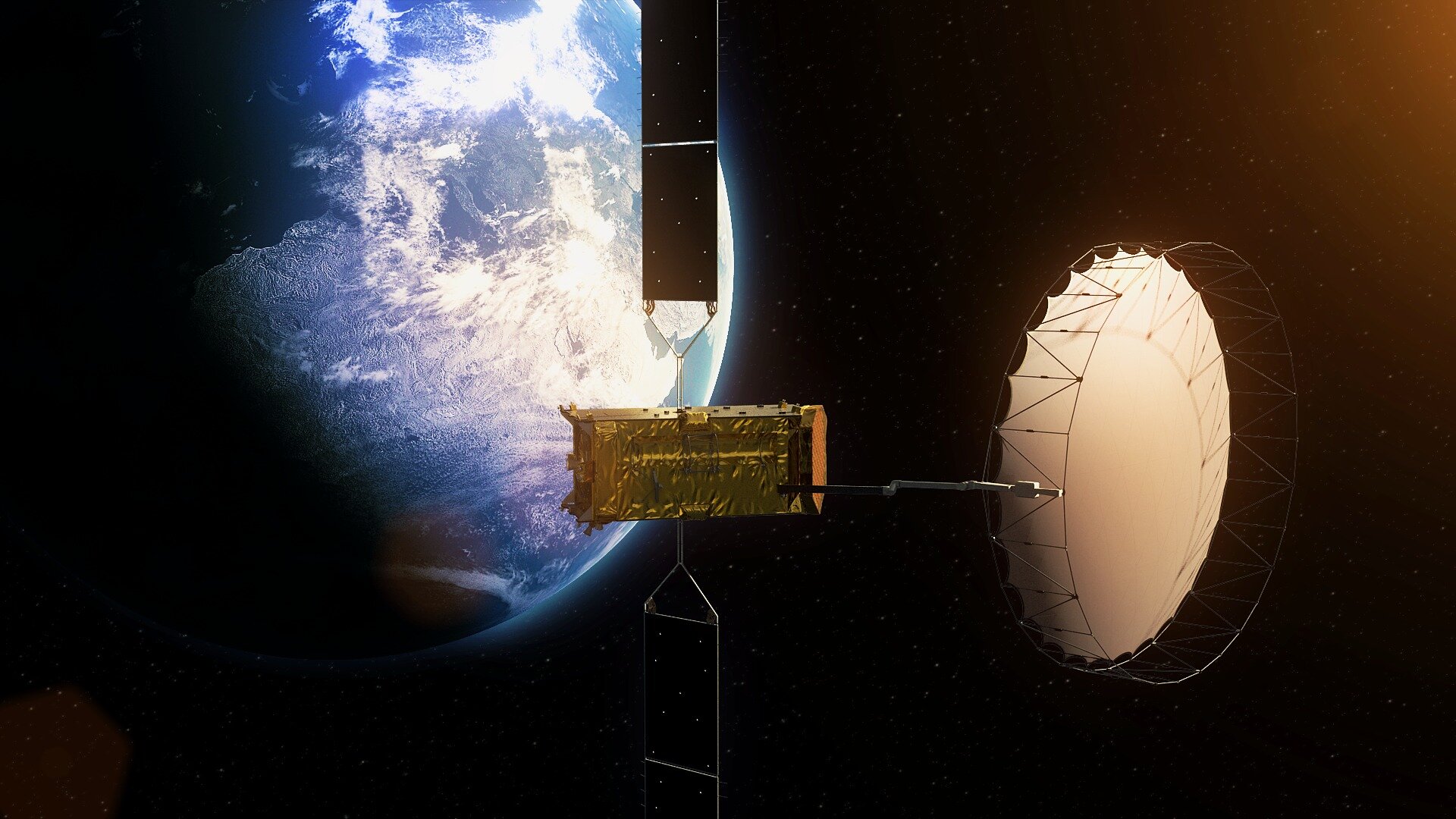 Alphasat, Europe’s largest-ever telecom satellite, reached a temporary position in the geostationary ring last weekend, where it deployed its 11 m-diameter main antenna over the course of a day – marking ten days in orbit and completing one of the final steps towards starting services.

It will stay in this slot for several weeks while Inmarsat together with ESA continue testing the telecom payload, the backup units on the Alphabus platform and ESA’s four hosted payloads.

Several major milestones have been met over the past few days, including rising to geostationary altitude after separation from its Ariane 5 launcher, and deploying its twin four-panel solar wings, spanning 40 m.

All of these milestones were assured by a team from Astrium, the Alphasat prime contractor, managed by Inmarsat. In a cooperative effort unprecedented in Europe, the team was supported by ESA and France’s CNES space agency, as well as Thales Alenia Space for Alphabus platform operations.

Alphasat uses the first flight model of the new platform. The Alphabus line, developed by Astrium and Thales Alenia Space, under a joint contract to ESA and CNES, is Europe’s response to market demand for increased broadcasting services.

It accommodates missions with up to 22 kW of payload power and mass up to two tonnes. As a high-power multipurpose platform, it gives European industry an unprecedented and unique position in the global telecom market.

Jena-Optronik’s Astro APS startracker was the first hosted payload to be switched on, measuring the satellite’s attitude.

Alphasat joins Inmarsat’s award-winning I-4 satellite fleet, which has been powering global broadband connectivity for government and commercial customers in the L-band since 2009.

The new satellite with its new-generation advanced payload will provide additional mobile satellite communications capacity over Europe, the Middle East and Africa.