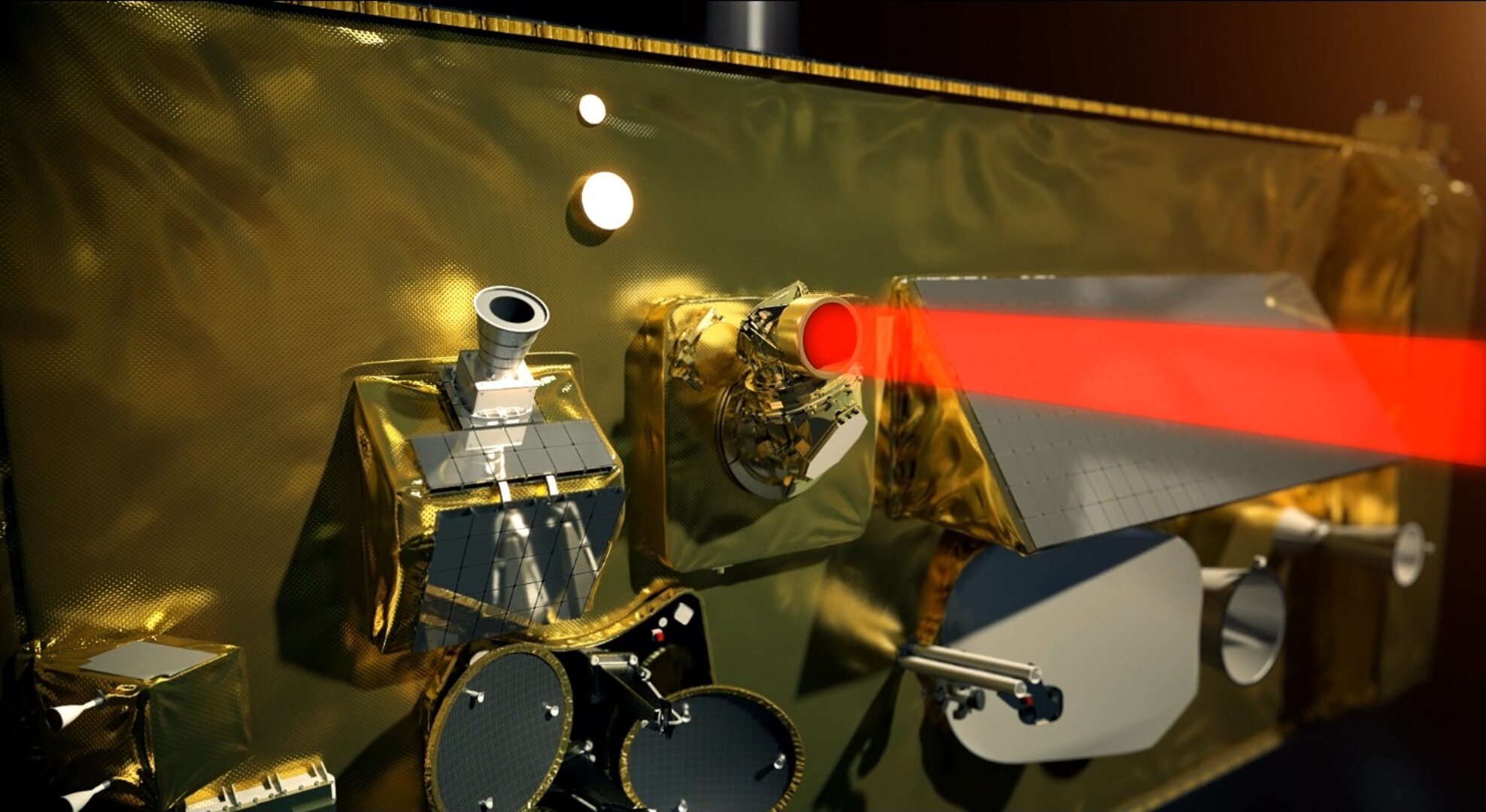 Alphasat’s laser communications terminal correctly identified its target at ESA’s ground station on the island of Tenerife in the Canary Islands for the first time on 4 November, proving that it can be pointed precisely enough to hit a point more than 36 000 km away.

The ‘illumination test’ involved the terminal beaming its laser from geostationary orbit to hit the ground sensors. It was the final stage of commissioning for this ‘hosted’ payload, and shows it is healthy and ready for the next set of tests: linking with the ground station and exchanging data.

This technology demonstration payload, dubbed TDP1, is an optical communications and Ka-band downlink system built by German company TESAT and furnished by the DLR German Aerospace Centre. It will demonstrate the use of laser technology for collecting information from the congested low orbits and then transmitting it to ground stations from its position high above in geostationary orbit.

Lasers are much faster at carrying large amounts of data, and this terminal can handle up to 1.8 Gbit/s as the user data rate – roughly equivalent to 5000 times the average speed of a high-speed home internet connection. The terminal allows data to be collected and forwarded from multiple LEO satellites without the need of large and expensive ground antennas.

“Laser communications are opening the way to a future of data-rich telecommunications,” says Christoph Hohage, DLR Project Director Space Administration. “The market potential they disclose is immense. European expertise will lead to better services for broadband users and high-value jobs in Europe.”

The payload is carried on Inmarsat’s Alphasat, the largest European telecom satellite ever built, exceeding 6.6 tonnes when it was launched on 25 July. The satellite is now in its final orbital position, having completed in-orbit testing.

Alphasat is also the result of one of ESA’s biggest public–private partnerships, involving not only ESA, Inmarsat and European industry, but also three other technology demonstration payloads.

Stephane Lascar, Head of Telecommunications Satellite Programmes at ESA, added: “This milestone is a major one for Alphasat but also for the future of European telecommunication satellites.

"It is a precursor to EDRS, the European Data Relay System that will perform data-relay services in particular for the four Sentinel Earth observation spacecraft."