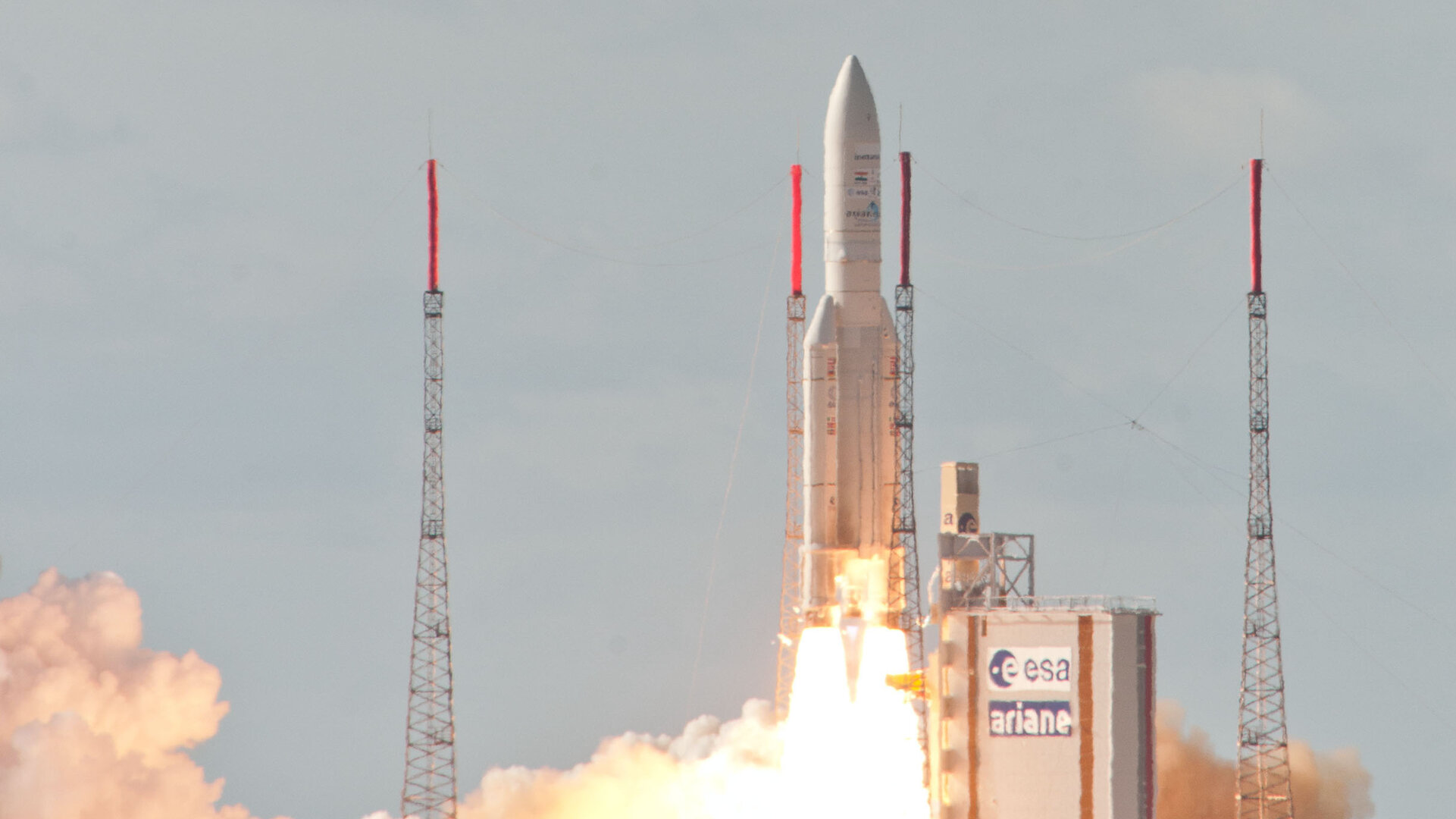 Alphasat, Europe’s largest and most sophisticated telecommunications satellite, was launched into its planned orbit today from Kourou, French Guiana.

The Ariane 5 ECA rocket, operated by Arianespace, took off at 19:54 GMT, 21:54 CEST and delivered Alphasat into the target geostationary transfer orbit about 28 minutes later.

Alphasat’s signal has been picked up by an Inmarsat ground station in Beijing as expected at 20:38 GMT (22:38 CEST), confirming that the satellite is at the predicted location, powered up and transmitting.

Alphasat is a large telecommunications satellite primarily designed to expand Inmarsat’s existing global mobile network. It was engineered and built by Astrium through a public–private partnership between ESA and Inmarsat.

All the partners were present at Europe’s Spaceport to watch the 6.6‑tonne satellite take off.

ESA Director of Telecommunications and Integrated Applications Magali Vaissiere said: “Alphasat will foster the competitiveness of a European telecommunications operator, Inmarsat, associated with European industry, in a domain where the economic prospects are high.

“We are proud at ESA to have been able to bring together the energies, capabilities and resources in this enterprise.”

“The latter is a rewarding public–private partnership where ESA is taking the risk to develop new technologies and Inmarsat is using these technologies to open up a new market. The qualification in orbit of the Alphabus platform and technology demonstrators on board will open doors for many more partnerships in the short-term future.

“It is an excellent example of how ESA is boosting Europe’s competitiveness and growth.”

Alphasat will extend Inmarsat’s global broadband network, covering Europe, Africa and the Middle East. It has a lifetime of 15 years and its solar wings span 40 m.

Its advanced Integrated Processor, a core element of the commercial payload, is able to perform trillions of operations per second, providing unprecedented service flexibility.

Along with providing a significant increase in service for Inmarsat’s fleet, it also serves as a first flight for Alphabus, the new European telecom platform developed by Astrium and Thales Alenia Space under a joint contract with ESA and France’s CNES space agency.

The high-power multipurpose Alphabus platform serves the large-payload market and meets demand for increased broadcasting services. It can accommodate commercial missions with up to 22 kW of payload power and mass of up to two tonnes, and gives European industry a competitive position in the global telecom market.