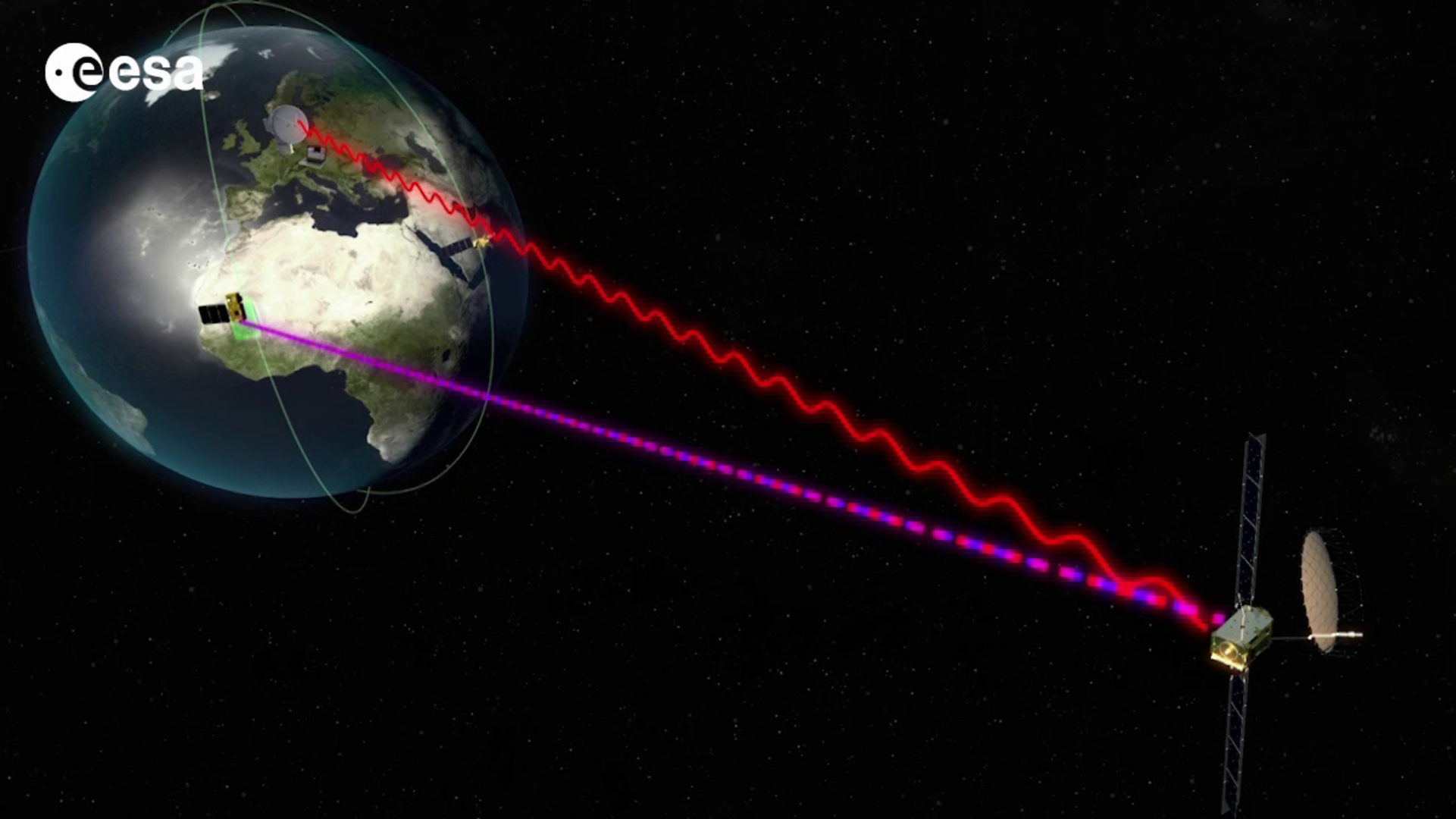 The Optical Communication Terminal is one of four Technology Demonstration Payloads carried by Alphasat. It relays Earth observation data from low-Earth orbit (LEO) to geostationary orbit (GEO) through laser transmission. A Ka-band transmitter then forwards the data to a ground station.

The Laser Terminal, or TDP 1, is a precursor to the European Data Relay System; an independent, European satellite system designed to reduce time delays in the transmission of large quantities of data. Laser terminals are used to communicate information like conventional radio payloads do, but are able to do so far more precisely, quicker and at a much higher rate. TDP 1 is the first of its kind to link lower earth orbit satellites to geostationary orbits and has a range of 45 000 km. LEO channels are becoming increasingly congested, so utilising GEO for intersatellite links is necessary to accommodate our growing need for data transmission.

The LCT-TDP 1 project is carried out on behalf of the Space Administration of the German Aerospace Center (DLR e.V.) with funds from the German Federal Ministry of Economics and Technology (BMWi). It is a so-called 'beaconless' instrument, which means it can be lighter, smaller and consume less power than radio beams. The precision of the laser transmission also means there is far less disturbance, as the link between the LEO satellites and payload in GEO is a much narrower connection. It has already been successfully demonstrated for LEO to LEO links.

The Terminal also works closely with TDP 6, the Startracker, as knowledge of its own attitude is essential for successful connection to the LEO satellite.