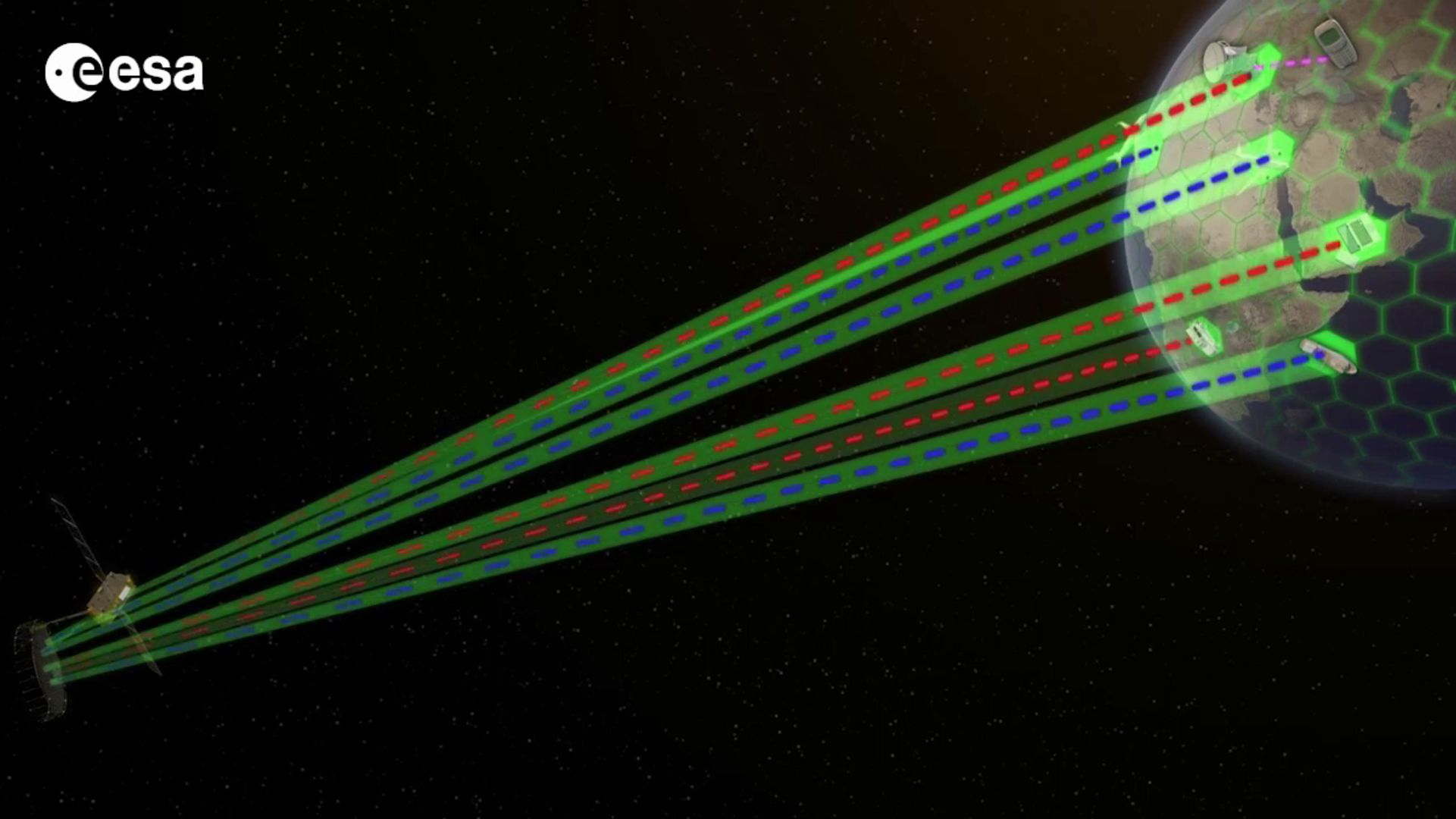 Inmarsat’s Broadband Global Area Network services were transferred on 24 March to Alphasat, the record-breaking telecom satellite developed in a partnership between the UK satcom operator and ESA. These include a host of broadband safety-of-life services.

Inmarsat is now using the powerful satellite to provide ingenious new safety applications over Europe, Africa and the Middle East through communication links, such as emergency and distress messages based on text communications in addition to voice.

Alphasat made history as the largest and most sophisticated European telecom satellite ever to be launched when it lifted off from French Guiana in July 2013, but that was not the end of ESA’s role. The partnership with Inmarsat also involved the design and validation of new technology and services, both before and after launch.

Almost two years after launch, the bus-sized behemoth has now assumed most of the services from Inmarsat’s I-4 F2 satellite and has been integrated with the I-4 F1 and I-4 F3 satellites to provide global coverage at L-band frequencies.

Broadband Global Area Network (BGAN) technology provides broadband connectivity like the most advanced terrestrial mobile networks but with much wider coverage, thanks to satellites in geostationary orbit being able to reach all longitudes and high latitudes.

The extra power added to Inmarsat’s fleet by Alphasat also means more people can be reached at the same time and with higher data rates.

One of the broadband maritime applications developed in ESA’s ARTES programme is the use of distress messages. Notifying vessels and coastguards of an emergency using data avoids the issue of distortion or background noise on a voice message. The texts can be sent to and from computers connected to the network.

Another initiative helped by ESA is the introduction of simultaneous voice communications on vessels. For example, a single terminal on a ship can now handle up to nine phone calls at once, whereas it used to be limited to one at a time. Personal calls by the crew and passengers can now be separated from those from the vessel bridge, avoiding bottlenecks and ensuring important operational communications always get through.

Alphasat is based on the large Alphabus platform, a joint ESA and CNES French space agency project, designed especially for hosting missions with high power and weight demands. Alphabus is the first of its kind in Europe, and the most powerful product line currently on the market, providing up to 22 kW of payload power.

Additionally, the Inmarsat payload is capable of allocating this power intelligently, adjusting the amount of data being transmitted for each user depending on need.

Always on while in the air

Connections to aircraft cockpits must be prioritised and be able to support applications that require high reliability and data rates. Pilots can then download the most up-to-date weather and flight plan information available while in the air, as well as remain in touch with air traffic control.

‘Always on’ voice services and advanced communications protocols can reduce the required safe zone around each aeroplane when over oceanic airspace, letting them fly closer to each other and save fuel while keeping a safe distance.

A good example is Hawaiian Airlines, who have participated in the first trials of Inmarsat aeronautical safety services based on BGAN technology on routes over ocean.

Alphasat will have assumed all of the broadband traffic from Europe, Africa and the Middle East from Inmarsat’s original I-4 F2 satellite by the summer. The satellite will be the cornerstone for the development of new L-band broadband services and applications like the evolution of the aeronautical safety services over continental airspace, which will be developed within ESA’s Iris Precursor Programme.

ESA will continue assessing the performance of the first Alphabus platform until the end of 2016.