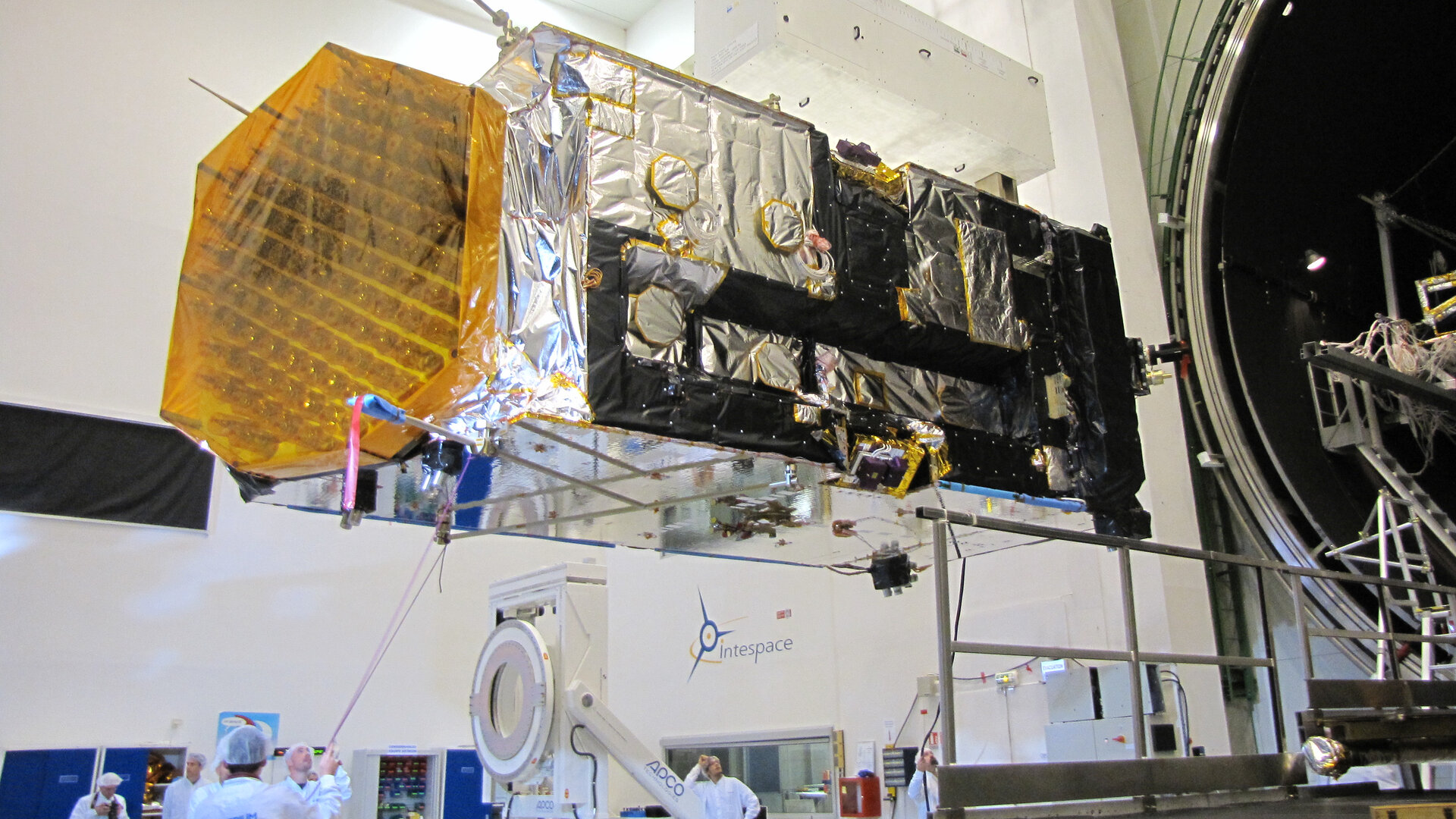 Tucked away in a vacuum chamber for several months, Europe’s largest telecom satellite has faced the harsh conditions it will deal with once it is launched into space this summer.

Testing at Intespace in Toulouse, France, simulated conditions close to those Alphasat will experience in flight, including the intense cold of its transfer orbits in the early stages of the mission.

Not only was Alphasat’s ability to control its temperature tested, but other features were also put through their paces to ensure everything can run under the extreme cold and hot conditions.

“If you were going to test a new car for extreme conditions, you would probably want to do the same thing: not only check the heating and air conditioning, but also make sure that the engine, brakes, ignition and radio work in low temperatures as well as high,” explained Philippe Sivac, ESA’s Alphasat acting project manager.

To monitor the satellite inside the large chamber, nearly 600 temperature sensors were attached in key locations. A satellite the size of Alphasat can also carry up to 400 flight thermal sensors.

Readouts are displayed in real time, together with the satellite’s internal data to help build an overall picture for the team monitoring Alphasat around the clock.

Running Alphasat under very stable thermal situations showed that the thermal-mathematical model is well suited to predict the temperatures in orbit.

“Finally, the performance and functional tests show that all the electronics and software perform as expected even at extreme temperatures.”

However, the model will further be checked and refined where needed.  “This will require a lot of data processing to adjust the thermal model and make it fit to the measurements gathered during the test,” notes Philippe.

Engineers took this opportunity to test new methods and tools that will speed up the processing of such large amounts of information.

All satellites endure a similar series of demanding tests before they are considered to be qualified for launch. Usually it takes about a month, but Alphasat is not quite like other telecom satellites.

Five thermal engineers from ESA worked around-the-clock throughout the extended tests, even working through the Christmas break.

“The complexity of the payload, the number of redundancies and configurations to test and customer specific requirements required testing to exceed two months,” says Philippe.

And that’s not all. While the 10 m-long, 8 m-diameter chamber was large enough for Alphasat, the handling equipment had to be modified to accommodate the massive satellite.

Alphasat is a high-power telecom satellite built by Astrium, through a public–private partnership between ESA and UK operator Inmarsat.

It is based on the mighty Alphabus, the new European telecom platform developed by Astrium and Thales Alenia Space under joint contract from ESA and the French space agency, CNES.

Launch is expected this summer aboard an Ariane 5 from Europe’s Spaceport in French Guiana.