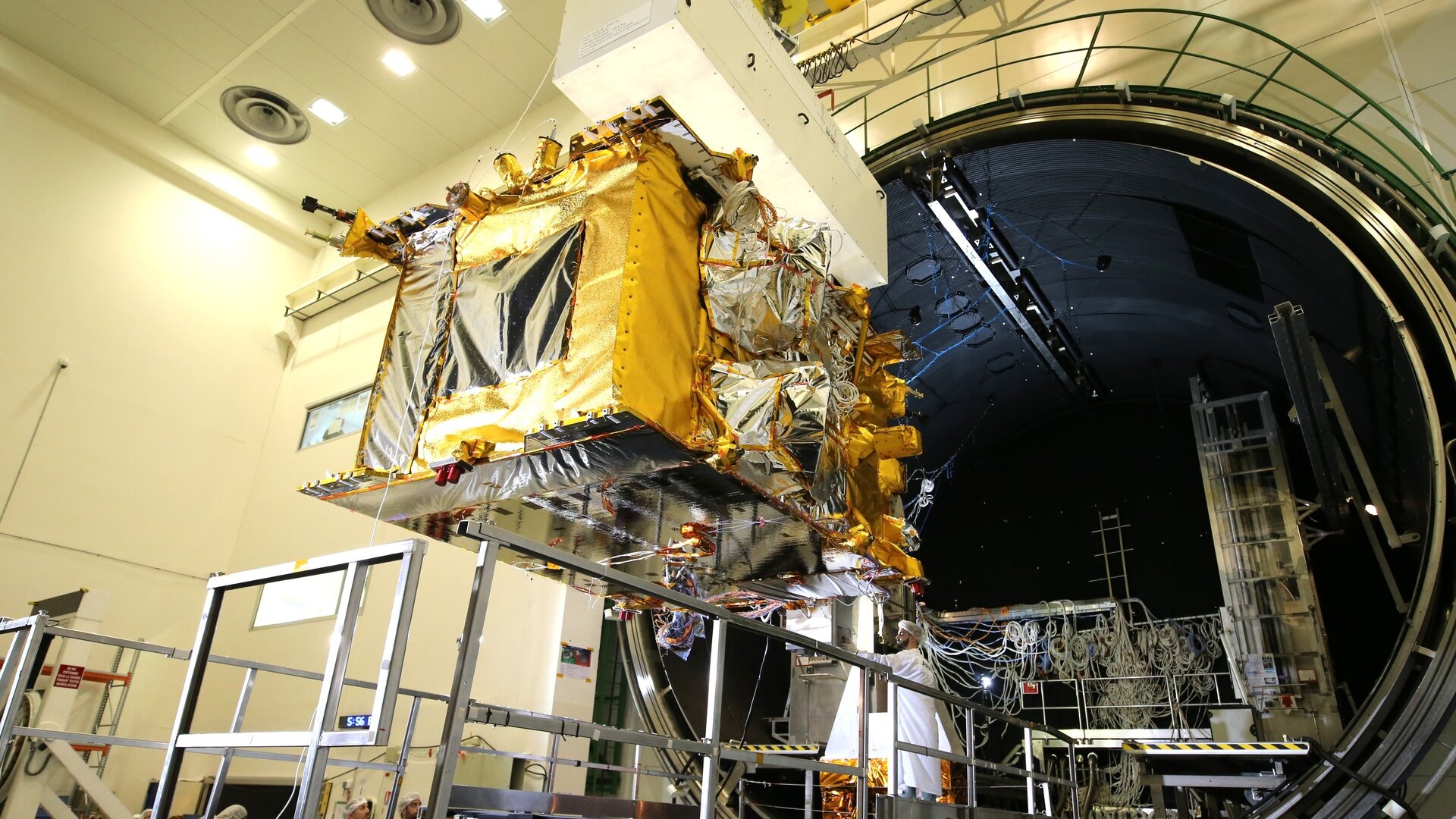 The huge test chamber at Airbus’s Astrolabe facility in Toulouse took the “chameleon satellite” through its paces over the past five weeks.

In order to simulate space, the satellite was heated up and cooled down as if it was being exposed to the hottest rays of the Sun and the coldest, darkest eclipse when the Sun is hidden behind Earth.

While being subjected to these extremes of temperatures, the satellite was tested in all conceivable modes, to ensure that it would work perfectly when the time comes for it to be operated in orbit.

This testing was the first time that the platform from Surrey Satellite Technology Ltd and the payload from Airbus UK worked together in a simulated space environment.

Its success is a measure of excellence of the European consortium led by Airbus and Surrey Satellite Technology Ltd, and managed jointly by ESA and Eutelsat in the framework of an ESA Partnership Project.

ESA’s Partnership Projects form part of its programme of Advanced Research in Telecommunications Systems (ARTES) and aim to maximise the benefits to industry through efficient co-management between the agency and industry.

The next significant step will be a mechanical test to demonstrate that the satellite can withstand the stresses of launch.