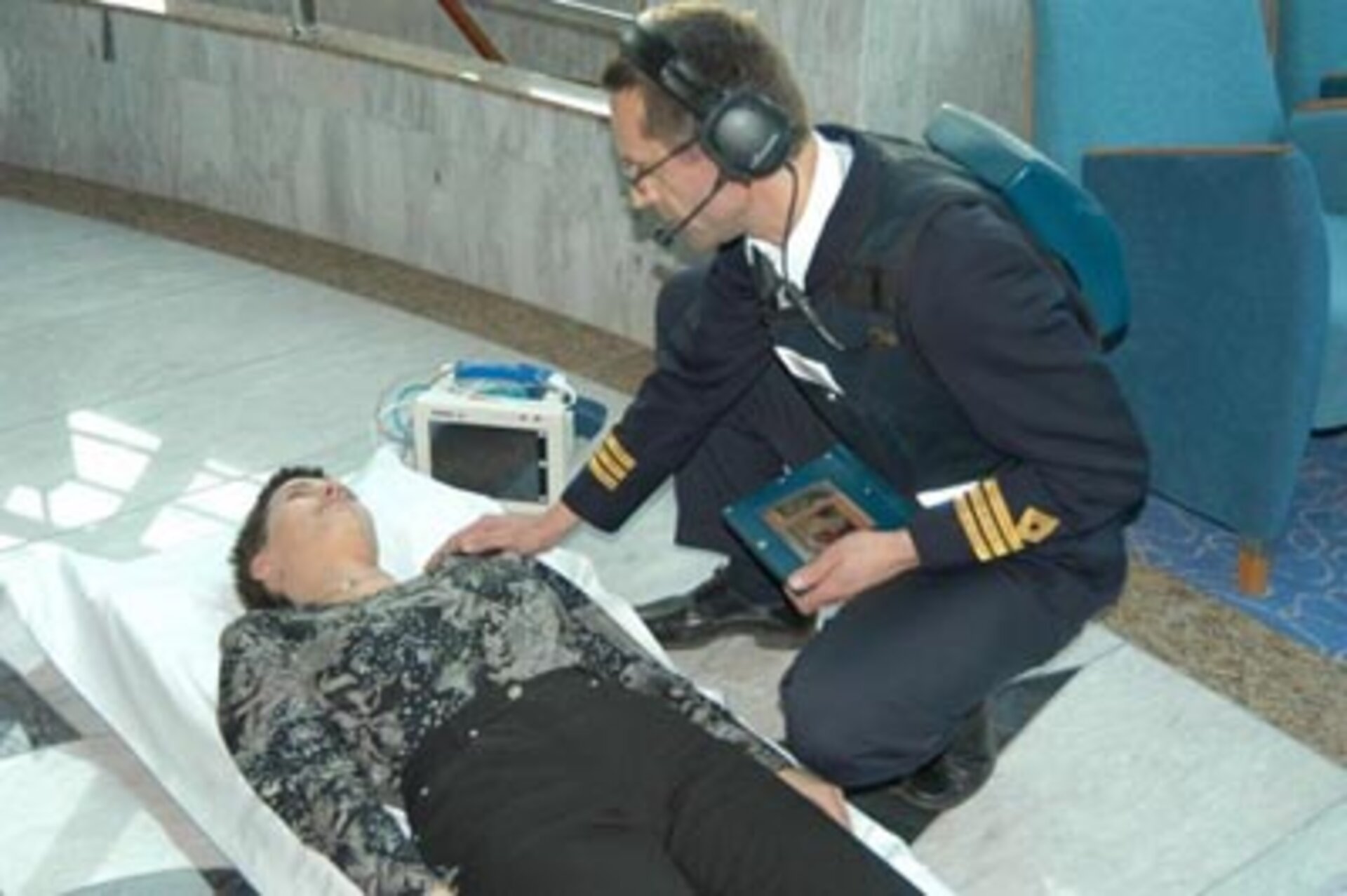 High-resolution video images and data signals sent via satellite links have already made 'teleconsulting' a routine procedure in one part of Europe. The Agency's involvement with satellite telemedicine began back in 1996, when ESA provided a satellite communication system to link Italian hospitals with a field hospital in Sarajevo in Bosnia, enabling teleconsultations for both civilian and military patients – either live videoconferencing or else 'offline' transmission of multimedia patient data for later diagnosis.

"Accessing the experience of medical specialists located hundreds of miles apart helped to reduce the feeling of professional isolation perceived by medical doctors in the field hospital, in particular when facing problems that were new to them" said Francesco Feliciani of ESA Telecom.

"More than six years later an expanded Euromednet network is still operated on a weekly basis, now mainly assisting teleconsultations in Tirana in Albania and Pec in Kosovo, and the Celio Military Hospital in Italy, and will soon return to Sarajevo as well as Bucharest in Romania."

Since 1996 the Agency has backed more than 20 telemedicine projects and on 23 and 24 May ESA hosts a symposium in Frascati, Italy called 'Telemedicine via Satellite in the Information Society'. Workshops will focus on subjects including telemedicine serving hospitals in remote areas and other teleconsulting applications.

One past ESA project, Remote Communities Services Telecentre (RCST), brought teleconsulting to remote parts of Canada. The experience has led to the implementation of the permanent SmartLabrador Project, a hybrid satellite-terrestrial network providing broadband network services to 26 communities in rural Labrador. Today a variety of teleconsulting services are provided through the network, including autism clinics and telepsychiatry.

Isolated mobile sites like aircraft and ferries can also benefit from teleconsulting. As larger planes and boats come to carry more passengers, so the chance of a serious medical emergency occurring on any single trip increases. A project called Marine Interactive Satellite Technologies (MIST) fitted a 'wireless sickbay' to a Canadian superferry. During 2002 some 23 teleconsultations were carried out between the ferry and Port aux Basques hospital, Newfoundland, including four live emergency consultations.

Data from implanted sensors was recorded with a reader then downloaded to a PC with a satellite modem, becoming available to the doctor within 30 seconds. Each patient was free to carry on their normal life, only having to visit the hospital if their doctor requested it.

With the proportion of elderly people in Europe due to increase, such remote monitoring of chronic patients might well become a significant element of health care provision across greying suburbs of Europe. Another workshop at the ESA Symposium is centring on telemedicine and the elderly.

"Despite the great potential, telemedicine in general and via satellite in particular is still at a very early phase," said Feliciani. "Due to many aspects involved and the many issues to be sorted out, a multi-disciplinary approach where several actors in the field are able to work together is a necessary condition to move forward. This month's symposium is an attempt to facilitate this process."