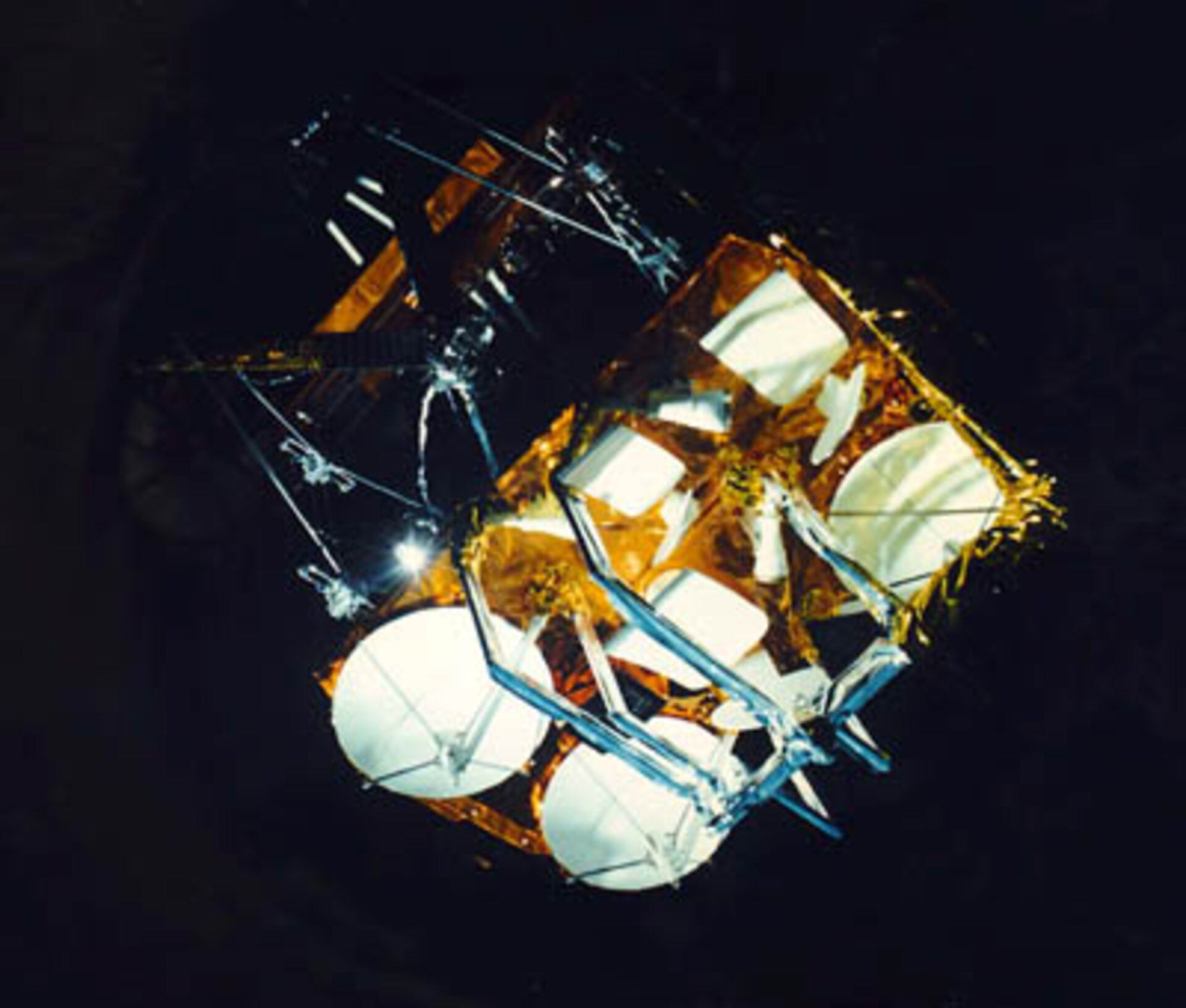 One of the first European Communications Satellites (ECS) to cover the whole European continent is being put into retirement after 15 years of dedicated service. The ECS-4/Eutelsat I-F4, was launched in September 1987 and has far outlived its projected life-span.

The OTS satellite was used for more than 13 years by ESA and EUTELSAT (Europe's organisation for satellite telecommunications that was created to utilise these satellites) and by European national telecommunications companies to demonstrate new services, such as broadcasting to cable feeds and direct-to-home television. Its design inspired the conception of many subsequent satellites in Europe.

As a result, between 1983 and 1988 ESA developed and launched five European Communications Satellites (ECS) for use by EUTELSAT (though one of these satellites, the ECS-3, suffered a launch failure and was destroyed in 1985).

They were the first telecom satellites for Europe before EUTELSAT launched their own satellites. EUTELSAT was transformed in July 2001 from an intergovernmental organisation into a private company, and is today one of the world’s satellite operator leaders.

Three satellites of the ECS family (ECS-1, ECS-2 and ECS-5) have already been decommissioned following over 13, 9 and 12 years of successful operation respectively. The last remaining was ECS-4. The Control Centre at the Redu (Belgium) ground station has performed a series of East re-orbiting manoeuvres which have put ECS-4 at an altitude of at least 414 km above the useful geostationary orbit. All the remaining on board usable fuel has been used for these operations. The first ECS-4 re-orbiting manoeuvres took place as scheduled on 26 November and the final command for graveyard configuration was uplinked at 17:22 UTC on 1st December 2002.

ECS-4 is now being replaced by Eurobird 2 (formerly Hot Bird 5).This event turns a page in European satellite telecommunications history.