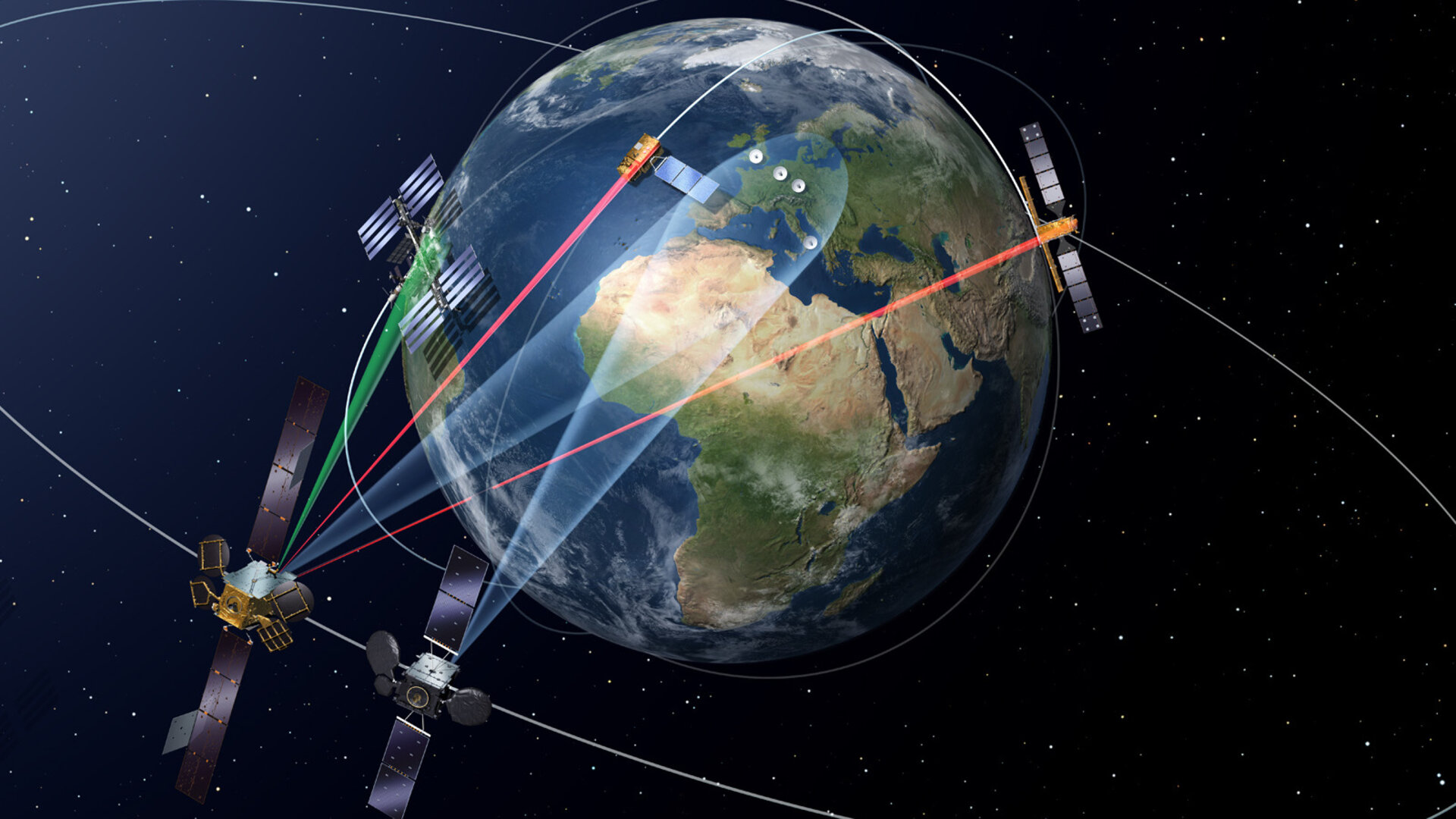 The European Data Relay System’s first laser terminal has reached space aboard its host satellite and is now under way to its final operating position.

The satellite was released at 07:32 GMT today, around 36 000 km over the equator, and is now moving towards its final geostationary position at 9°E over Europe, where it will be operated by Eutelsat.

EDRS is ESA’s most ambitious telecom programme yet, taking the form of a public–private partnership between ESA and Airbus Defence and Space, with Airbus operating the service and the DLR German Space Administration funding the development of the  laser terminal.

Normally, low-orbiting satellites must come within view of a ground station before they can send their information to Earth.

EDRS instead collects their information from its higher, geo-stationary position via laser and immediately relays it to the ground, dramatically improving access to time-critical and potentially life-saving data.

ESA, Airbus and DLR will in a few days begin testing EDRS-A’s general health and performance, working with the EDRS ground stations in Germany, Belgium and the UK.

Test links to its first customers, the European Commission’s Copernicus Sentinel satellites, will then be carried out over several weeks for the service to begin this summer. Data relay for the International Space Station will start in 2018.

The second EDRS node, the dedicated EDRS-C satellite, will be launched next year to join EDRS-A over Europe. A third is planned in 2020 over the Asia-Pacific region, doubling the system’s coverage.

Learn more about EDRS at www.esa.int/EDRS