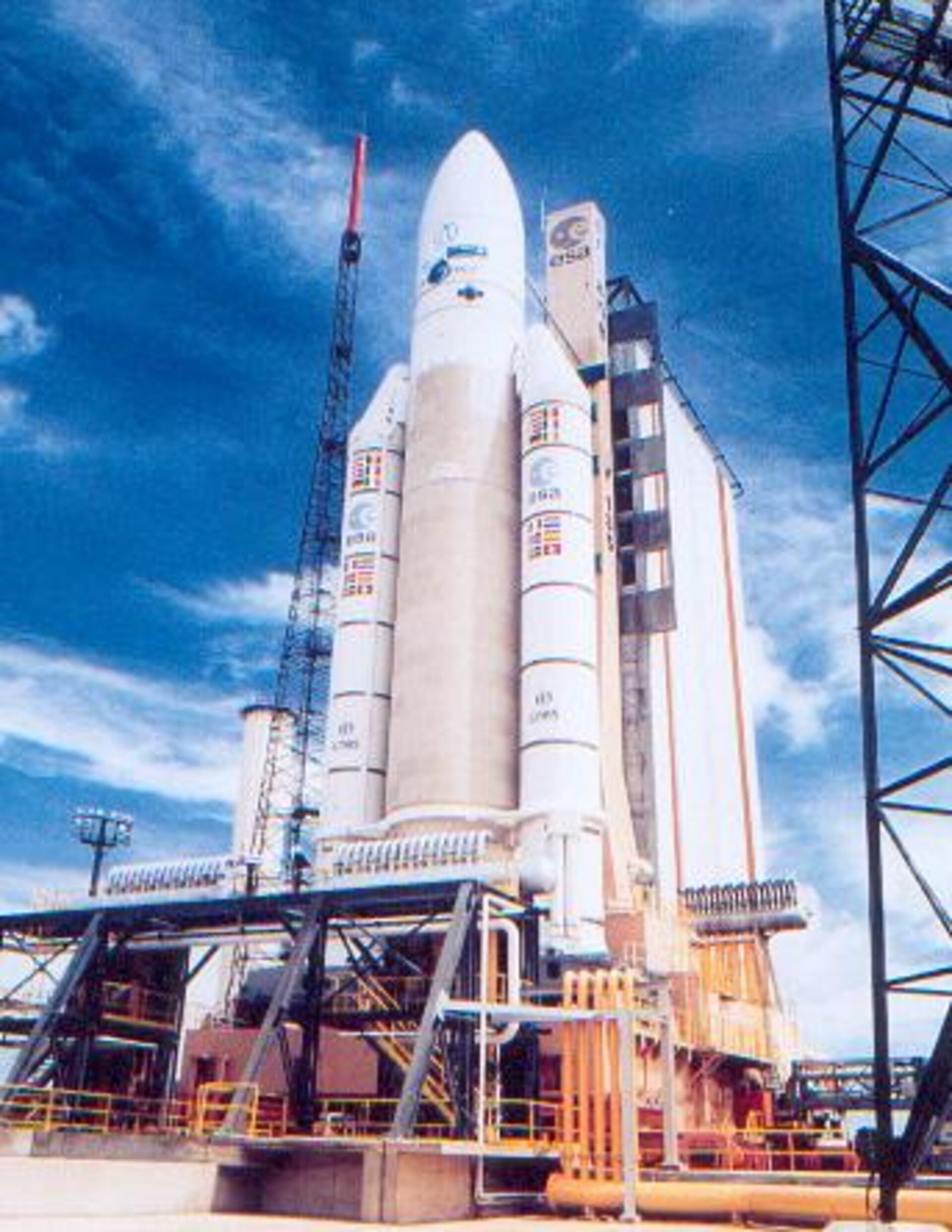 The multi-purpose satellite - the precursor to new and advanced satellite communication services - will be launched by Arianespace on an Ariane 5 from Europe's spaceport in Kourou, French Guiana, on 12 July 2001 sharing its trip with the Japanese BSAT-2b direct broadcasting satellite.

Since its shipment to Kourou in March, extensive tests have been carried out to ensure the satellite is in prime condition and on-going checks between the Fucino-based control centre in Italy and the ground network of operational world wide stations are underway.

A full rehearsal for the launch and early operational procedures has also been completed and the satellite is now being prepared for its eight week pre-launch campaign - an intensive programme of checks and validation of all satellite functions and ground systems.

The Ariane 5 will place Artemis into geostationary transfer orbit when ground operators at Fucino, Italy assume control of the spacecraft and fire its onboard liquid apogee engine three times to take Artemis to geostationary orbit, where it will be positioned at 21.5 degrees East over central Africa.

During a ten year lifetime in space this orbital position will be maintained by ion propulsion thrusters, a new technology used for the first time on an ESA satellite. A breakthrough in propulsion techniques, ion engines generate thrust at a very high efficiency and as a consequence require significantly reduced amounts of propellant for orbit inclination control.

In contrast to conventional chemical propulsion, this new technology ionises the noble gas, Xenon, and uses it as a propellant. A high voltage system subsequently accelerates these ions, which leave the ion engines as a neutralised beam, thus creating the necessary mass expulsion to provide thrust to the spacecraft. A successful demonstration on Artemis could pave the way for more compact and mass efficient satellite missions in the future.

The Artemis mobile communication payload includes an L-Band Land Mobile (LLM) facility, with a wide 'Eurobeam', three spot beams and the capability of handling up to 662 voice channels at any one time. This means the satellite will offer unprecedented new facilities for the development of vastly more sophisticated land and marine mobile communication systems.

In addition, the satellite has a unique data-relay payload which will speed up communication between satellites and help to bring Earth observation images down to their appropriate terrestrial stations faster and more efficiently. First to benefit will be the French Earth observing satellite, Spot 4, using the optical section of this payload for a data transmission experiment called SILEX (Semiconductor laser Inter-satellite Link EXperiment).

After its launch later in 2001, ESA's giant Earth 'watchdog' Envisat will communicate data through the Ka-band section of the data-relay payload.

Artemis also carries a navigation payload that will enable users to determine their position with a higher accuracy and a better availability. It adds corrections and health checks to the existing satellite navigation systems, thus supporting the first phase of Europe's new navigation programme Galileo.