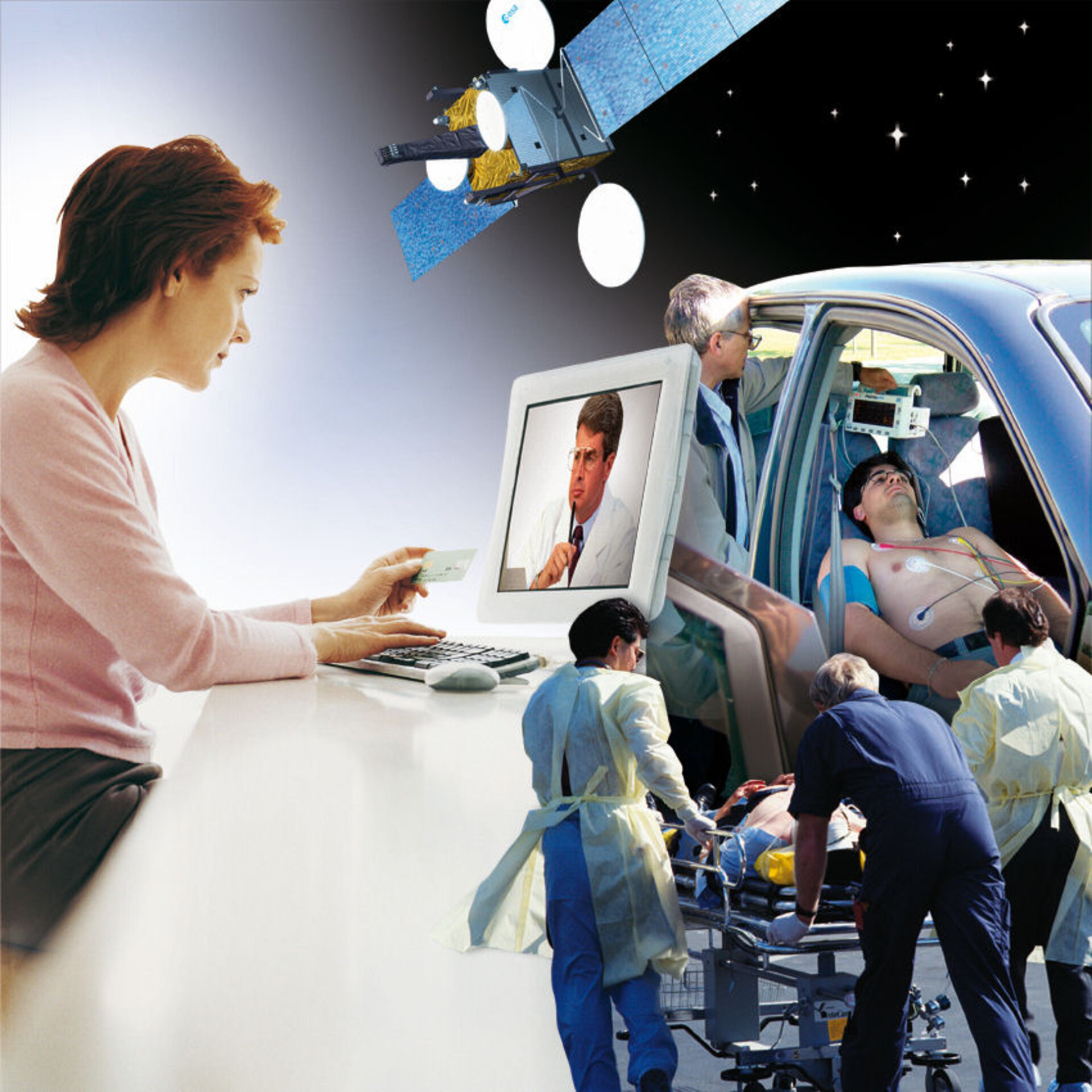 A consortium of Portuguese and Italian companies, led by the Portuguese National Health Institute and with the support of ESA, is developing a Health Early Warning System designed to enable timely detection and tracking of emerging threats to public health and safety via satellite.

The Health Early Warning System (HEWS) is being developed as an integrated management platform devised to support epidemiologic surveillance, public health monitoring, crisis management and civil protection programmes. The Portuguese National Health Institute (INSA) is responsible for its scientific and management aspects. The other consortium partners are Tekever (Portugal) and Ridgeback (Italy).

HEWS was recently put to the test in Angola, Africa, through the collaboration of local health institutions and the involvement of higher-level Angolan institutions such as the Ministry of Health. The scenario for this test was a simulated surge of the Marburg virus.

Through this scenario, as well as a scenario staged in Lisbon, Portugal earlier this year, the HEWS system has demonstrated the added value of satellite communications in situations in which there are threats to public health.

Both scenarios offered a demonstration of the developed modular HEWS system that can add institutions, customise data input, implement envisaged alert systems of early warning and response to health situations, with automated distribution of the respective alert information and guarantee all required security levels of information.

The implemented system was successfully tested in the town of Caxito, where there is no other reliable means of communication. Communication via satellite is currently the only fully viable solution, not only for emergency situations but also for regular health, epidemiological and administrative reporting.

“At the ministry level, interest was shown in the use of HEWS system, not only for endemic pathologies that periodically plague the country, for example cholera, but also for health programmes that are part of the basic health interventions in African countries, usually sponsored by the World Health Organisation (WHO), such as the vaccination programme, to which HEWS could be easily adapted,” explains Giorgio Parentela, ESA Telemedicine Task Force Manager.

At this time, the HEWS team is exploring the possibilities of making the developed HEWS service suitable for the needs of the population with the Angolan authorities.

The Lisbon scenario involved the staging of a bio-terrorist attack at an international conference. During the course of events, the attack by means of the release of Bacillus anthracis spores or anthrax takes place, causing panic among the population, traffic jams and the saturation of the mobile telephone network.

Through the course of events it was determined that HEWS played a crucial role in two areas; the release of a powder in a public square and the isolation and storming of a building. HEWS would be able to maximize the coordination of the information flows between the several involved institutions, overcome communication difficulties and increase the efficiency of the response effort.

“The major points of relevance were considered to be the fact that the HEWS system is a reliable and versatile communication system and has the potential to act as a manager and distributor of information between the institutions,” says Parentela.