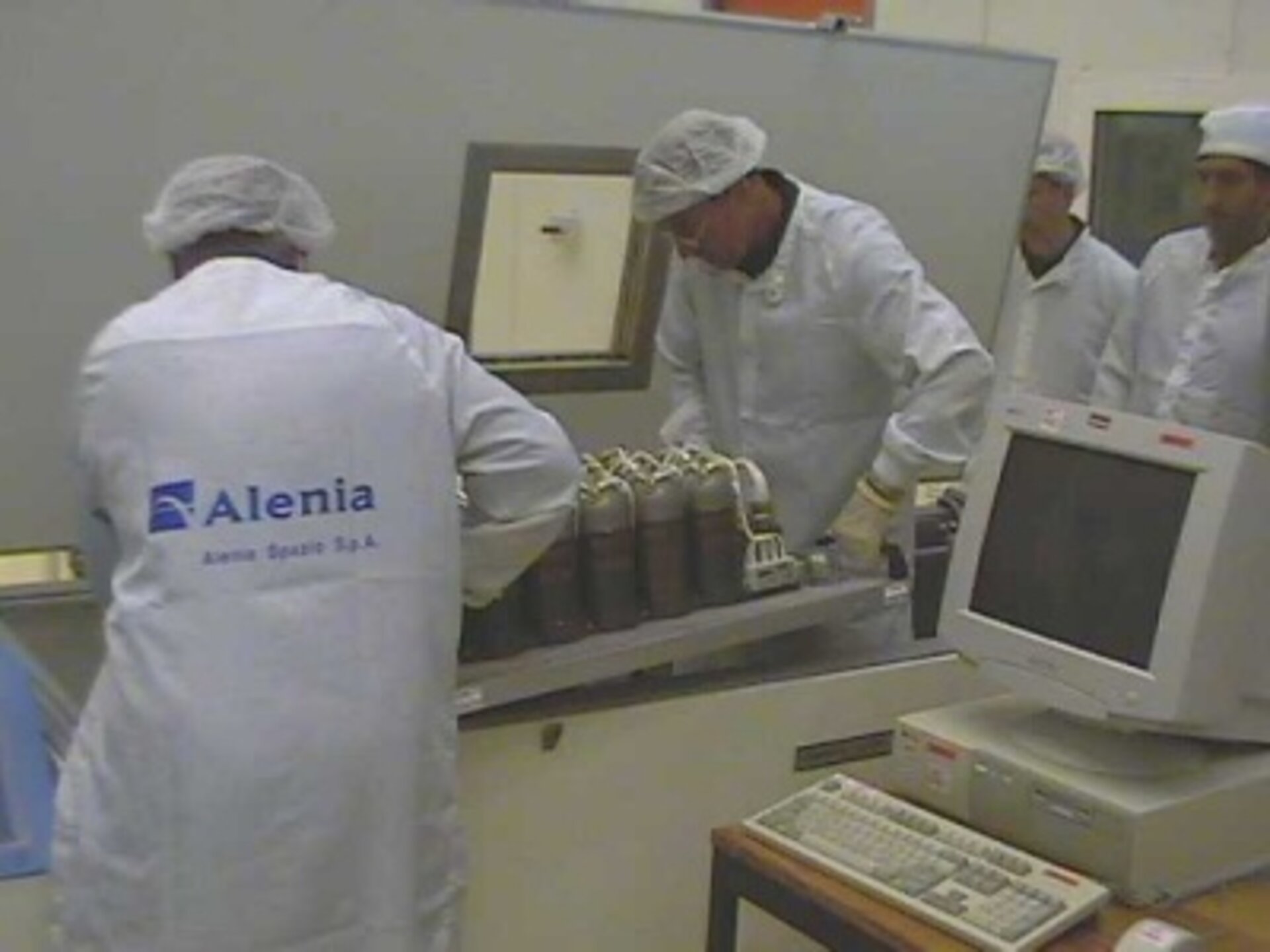 ESA’s Artemis spacecraft has just completed a rigorous schedule of final inspections and testing at the European launch site in Kourou, French Guiana.

The spacecraft and its sensitive instruments have been protected from the unfriendly tropical conditions in a special, environmentally-sealed testing chamber to ensure that it will eventually leave Earth in peak condition.

Artemis arrived in Kourou at the end of March after a two-week sea voyage and was immediately put through a series of inspections to ensure it had not suffered any adverse affects during transportation to the launch site.

Every aspect of the satellite was checked – from cables and electrical connections to all mechanical and propulsion systems. It is now being put to bed in a controlled storage environment to enjoy a short rest and last reprieve before its epic and arduous journey into space.

Most importantly, the satellite’s batteries, which will power the 3,100 kg spacecraft, were charged and discharged to re-condition and check operating capacities before final charging nearer to the launch date.

Terrestrial arrangements have been forging ahead in preparation for the launch, and engineers at ESA’s Fucino ground station in Italy have been making final crucial preparations.

An Operations Readiness Review – a specific demonstration of all control functions relating to the launch and orbital operations – as well as hands-on training for the Artemis launch team took place in mid-April.

"Everything is in place and on standby for announcement of a specific launch date," said ESA’s Artemis project manager, Gotthard Oppenhauser. "We are about to begin another two months of final checks to ensure everything is in order before the launch by Ariane 5."