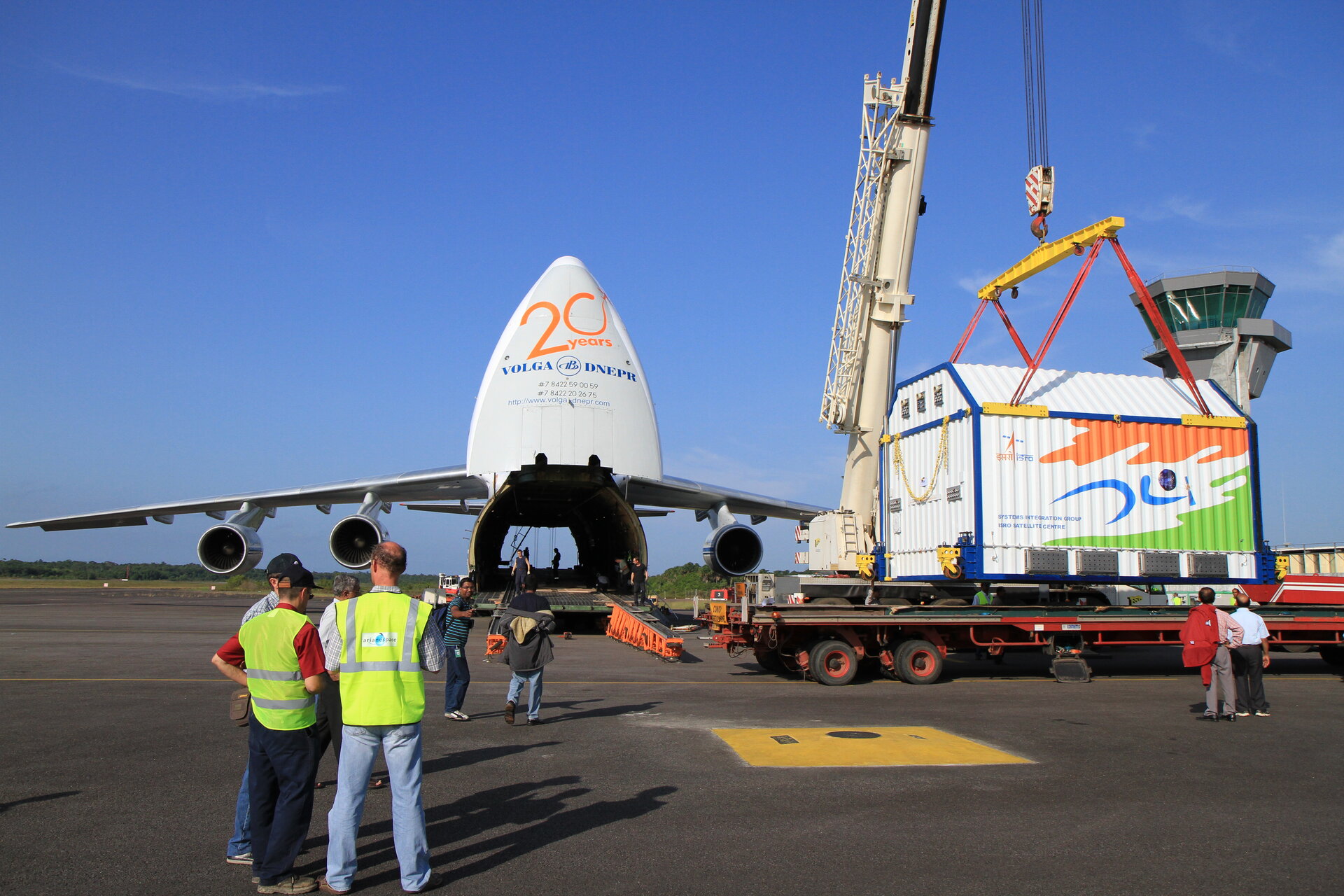 The Hylas-1 telecommunications satellite has arrived at Europe’s Spaceport in French Guiana. Its next journey will be to space, on an Ariane 5 launcher towards its operational orbit nearly 36 000 km up.

The Antonov An-124 cargo jetliner bringing Hylas-1 from Bangalore, India, touched down at Rochambeau airport near the capital Cayenne late in the evening of 11 October.

The satellite was then moved by road to the Guiana Space Centre, where it was taken into the S1B satellite preparation facility.

Hylas-1 is now undergoing a final series of health checks before being fuelled, encapsulated within its payload fairing and mated to its Ariane 5 vehicle.

The satellite will be launched on 26 November onboard Ariane flight V198, which will be the fifth of six Ariane 5 launches planned for this year.

This first ‘Highly Adaptable Satellite’ will provide broadband Internet access to consumers and businesses across Europe as well as supporting a range of conventional telecommunications services.

While its advanced communications payload was developed in Europe, Hylas-1’s flight-proven I-2K satellite platform was procured by prime contractor EADS Astrium from Antrix Corporation in India, the commercial arm of the Indian Space Research Organisation (ISRO).

The satellite was assembled and tested at ISRO’s facility in Bangalore, before being flown more than halfway round the world to French Guiana.

Hylas-1 is an innovative project in more ways than one: this is the first satellite to be developed through a public–private partnership between ESA and a commercial satellite operator. Avanti Communications of London will own and operate the satellite from its geostationary orbital location of 33.5°W.