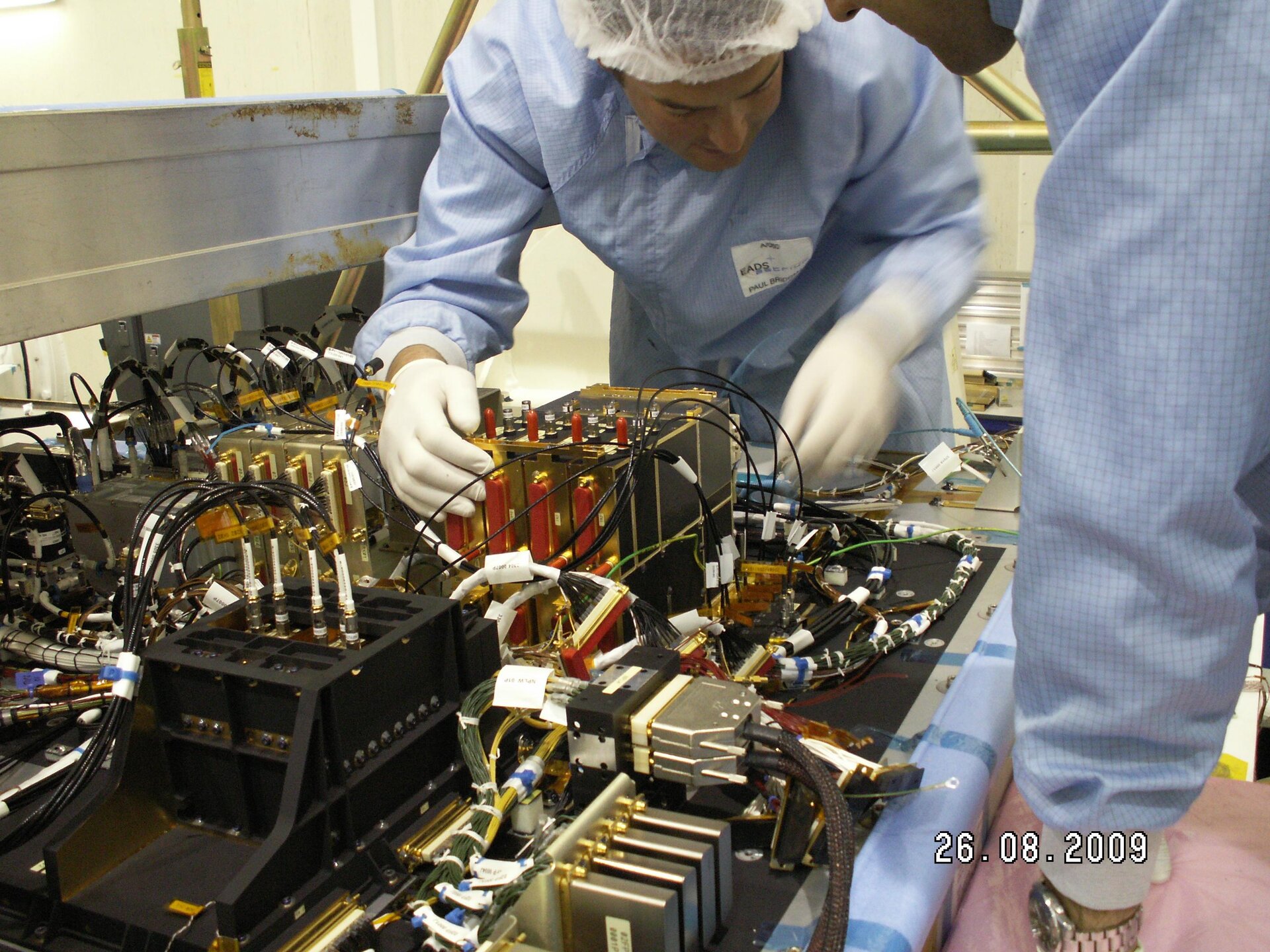 ESA’s involvement in Hylas-1 focuses on the mission’s most inventive element: the highly adaptable payload that gives Hylas its name.

What makes Hylas-1 unique is that its payload can be reconfigured in orbit. Unlike standard telecom repeaters, which are fixed during manufacture, this mission’s power and bandwidth levels can be adjusted between signal beams. Surplus capacity can be redirected as demand for services varies across different regions.

Hylas-1’s reconfigurable nature comes from a key payload element developed by EADS Astrium in the UK with support from ESA via the Advanced Research in Telecommunications Systems (ARTES) programme. The Generic Flexible Payload (GFP) consists of densely integrated and interconnected state-of-the-art electronic devices, creating an unprecedented level of system flexibility.

GFP technology aims to change the way future telecom satellites are made. Mass-produced on a modular basis, it could be used for a wide array of future missions in place of custom-built payload systems, reducing costs and development times.

There are two main antennas on Hylas-1, one on either side of the satellite. The larger, double antenna operates in the high-frequency Ka-band, and has been engineered to serve hundreds of thousands of broadband users simultaneously throughout Europe. This antenna generates eight highly concentrated Ka-band spot beams, each targeting a different European region.

This multi-beam architecture offers much higher broadband capacity than typical wide beam systems. To maximise the total number of users served, the radio frequency resources allocated to the mission are reused several times over within different spot beams.

The result is that Hylas-1, while comparatively small for a telecom satellite, can cater to large numbers of widely dispersed users – and its performance-to-cost ratio is correspondingly high.

Hylas-1’s second antenna offers wide beam coverage of the European continent in Ku-band, which is highly prized because of increasing frequency congestion.

Hylas-1’s double-antenna incorporates a high-performance metallised reflector offering the vital thermal stability and radiating accuracy needed for operating in the Ka-band. It was developed by ESA and EADS Casa Espacio in Spain.

Flexible travelling wave tube amplifiers are another Hylas-1 innovation. The work of Germany’s Tesat Spacecom with support from ESA, these allow transmit power to be tailored to data throughput with near-constant efficiency.