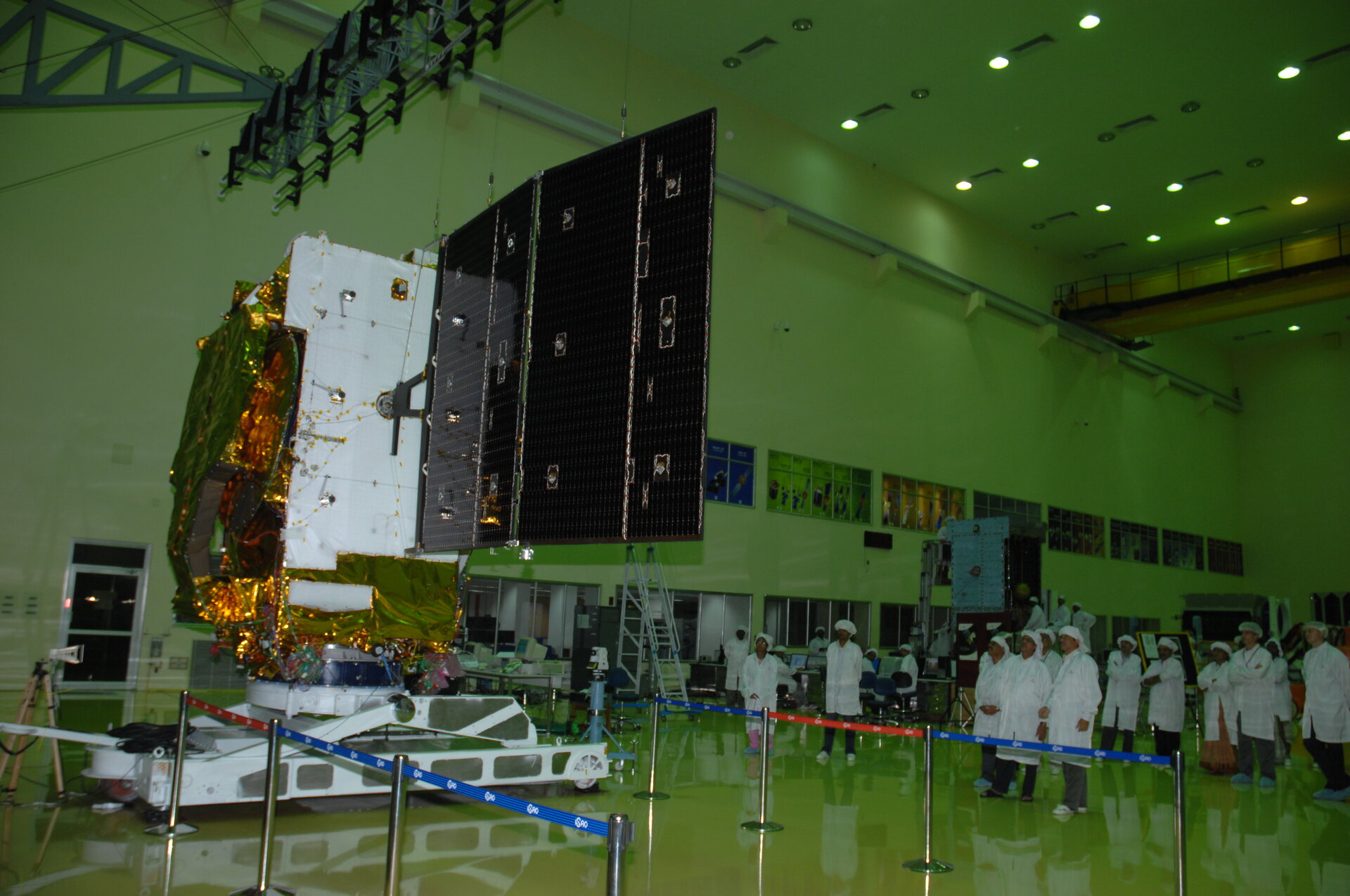 Hylas-1 is based on the I-2K geostationary platform. Developed by the Indian Space Research Organisation (ISRO) for Indian government telecommunication missions, the I-2K design has several missions worth of flight heritage behind it.

Letting Hylas-1's payload do its work

A satellite’s plaform (or ‘bus’) is an often standardised structure that contains all necessary subsystems to let the payload do its mission-specific work – power generation and distribution, attitude control and propulsion.

The I-2K platform was procured for Hylas-1 by Astrium, Prime Contractor for the mission’s space segment. It is being employed as a result of a 2005 strategic partnership struck by Astrium with Antrix Corporation, the commercial arm of ISRO.

The partners are marketing the design to the commercial market for telecom satellites requiring less than four kilowatts of power in the 2-3 tonne class. Small modifications have been introduced to the basic design by Astrium/ISRO to align it with the Hylas-1 mission requirements.

The platform is a three-axis stabilised design capable of delivering about three kilowatts of power over a mission lifetime of around 15 years. Its structure is based around a load-bearing central cylinder made of carbon fibre reinforced polymer (CFRP), hosting a pair of propellant tanks in its interior and incorporating a standardised launcher interface.

Aluminium sandwich panels attached to this central cylinder host the majority of the equipment. In addition these panels incorporate optical radiators and embedded heat pipes for thermal control.

The propulsion subsystem consists of a bipropellant liquid apogee motor – to place the satellite into its final geostationary orbit – and 16 reaction control thrusters – to maintain its desired attitude once orbit has been achieved. The power subsystem consists of two Sun-tracking solar arrays with triple-junction solar cells and two lithium-ion batteries, enabling continued operations while Hylas-1 is out of contact with the Sun.

The I-2K family of satellites is built largely from Indian technology, with the exceptions of US-sourced solar cells, momentum wheels produced by Germany-based Rockwell Collins, batteries from French firm Saft and transmitters and receivers procured from Thales Alenia Space in France and Spain.

Within the framework of the Hylas-1 public-private partnership between ESA and Avanti Communications, the cost of procuring the satellite platform has been borne entirely by Avanti.