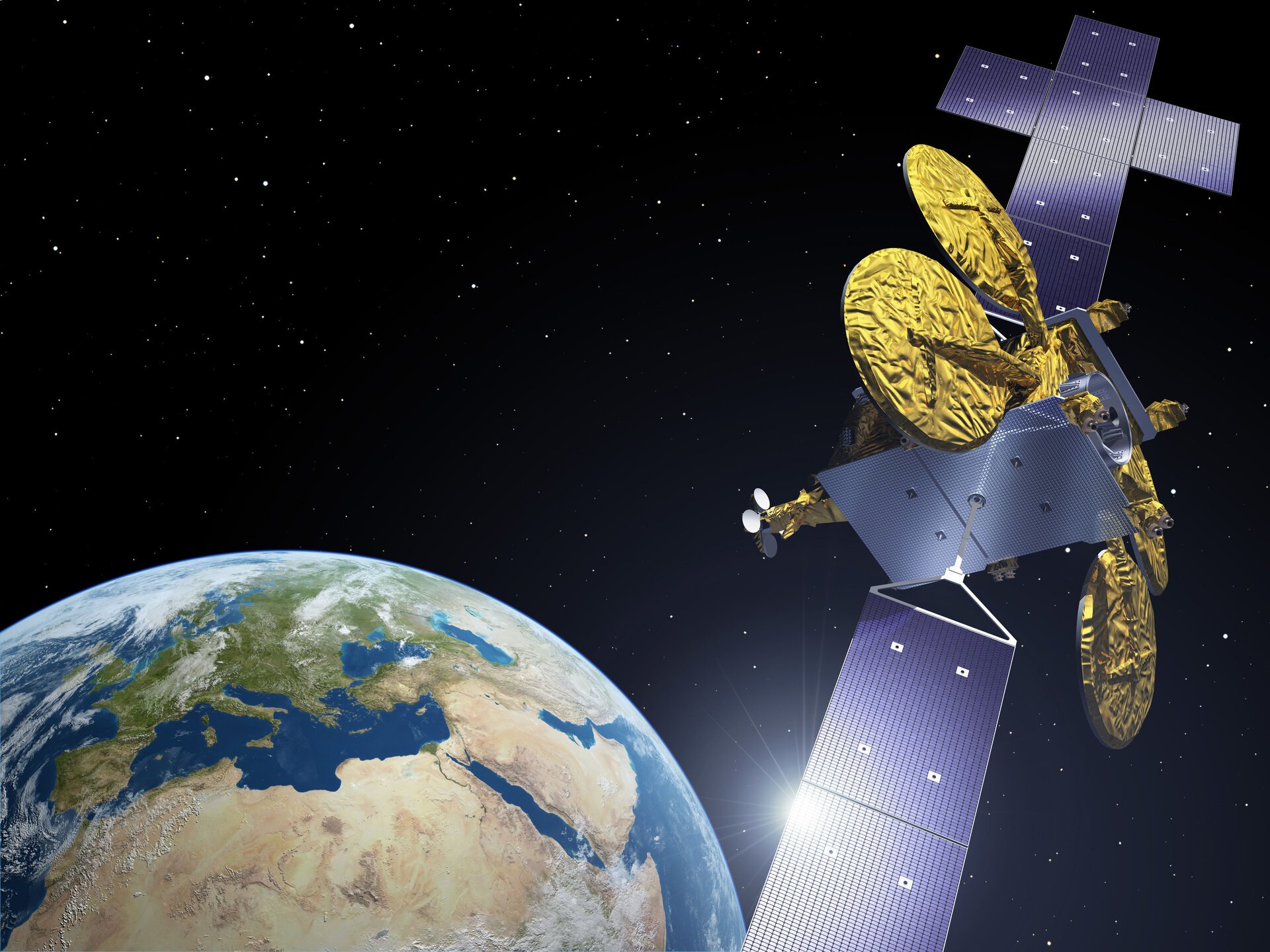 ESA is forging ahead with the Neosat next-generation satcom platform, planning the first flights within five years. The goal is for European satellite builders to capture at least half of the world’s satcom market in 2018–30 through innovation and efficiency, generating €25 billion in sales.

The contract for Phase-B of Neosat was signed today by Magali Vaissiere, ESA’s Director of Telecommunications and Integrated Applications, and Eric Béranger and Bertrand Maureau for prime contractors Airbus Defence and Space, and Thales Alenia Space, respectively.

The signing took place today at ESA Headquarters in Paris.

Magali Vaissiere commented: “Neosat will foster the competitiveness of European satellite industry and strengthen Europe’s position in the core satcom market for the next decade.

“This is a unique opportunity for Europe’s suppliers, as 80% of European satellite platform equipment is procured from within ESA Member States. This will be worth €7 billion to those suppliers.”

The winners of these competitions will become part of the industrial consortium for developing the two platform lines, one led by Airbus Defence and Space, the other by Thales Alenia Space.

The upcoming phase will include concurrent engineering activities to define the technical baseline of the new platforms and involve subcontractors in the UK, Sweden, Switzerland and Luxembourg.

Technologies to be investigated for the future platforms include orbit raising by electric propulsion, new thermal control concepts and next-generation battery cells.

The Neosat prime contractors have activities in France and in the UK, both countries being major contributors to Neosat.

The contract for Phase-B is expected to last around 13 months. The subsequent Phase-C/D will start in 2015 for the development and manufacture of the first two prototype flight platforms, launch in 2018–19 and in-orbit demonstration under a public–private partnership to be established with satellite operators.

Neosat is part of ESA’s Advanced Research in Telecommunications Systems programme (ARTES), and aims at developing, qualifying and validating in orbit next-generation satellite platforms for the core satcom market.

A crucial objective for Neosat is to reduce the cost of a satellite in orbit by 30% compared with today’s designs by the end of the decade. Existing and new technologies will be used in innovative ways and to achieve economies of scale by creating a common supply chain for both satellite prime contractors.

Neosat will be optimised for electric propulsion – both for raising the satellite into its final orbit after separation from its launcher, and for maintaining its operating position. Electric thrusters use significantly less propellant than traditional thrusters to reach the same destination.

The Neosat product lines will offer the option of all-electric, hybrid electric/chemical and all-chemical propulsion versions.

In the hybrid and all-chemical versions, the telecommunications operator will have the flexibility to speed-up orbit-raising using chemical propellants – a manoeuvre that could take a few months by electric propulsion alone.

Neosat is based on cooperation between ESA and France’s CNES space agency, and managed by a joint ESA–CNES team.