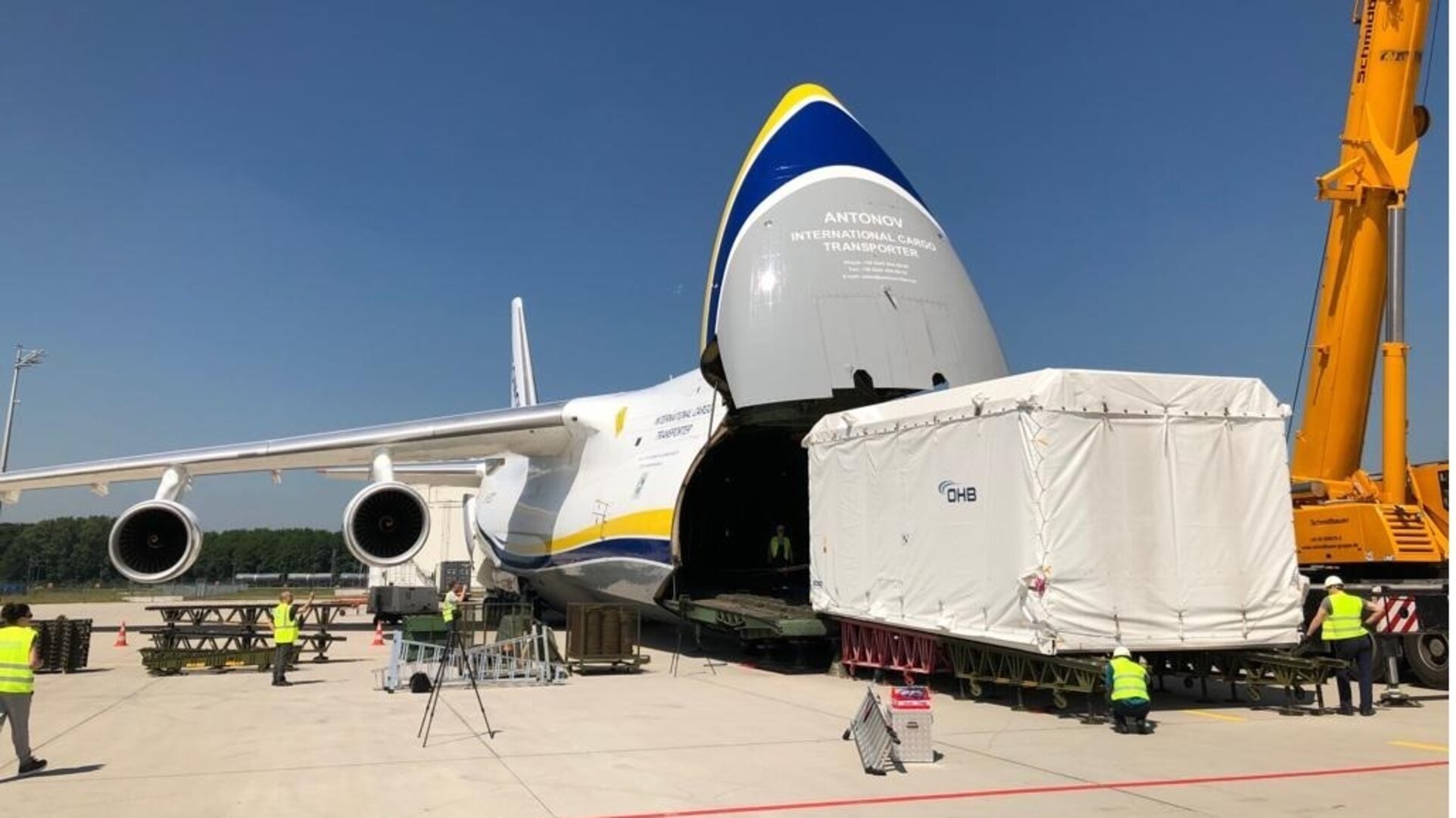 The second satellite to join the constellation that forms the European Data Relay System (EDRS) has arrived at its launch site in Kourou, French Guiana.

Dubbed the “SpaceDataHighway” by its private operator, Airbus, EDRS uses innovative laser technology to dramatically cut the time needed for Earth observation satellites to deliver information to the ground.

It enables people to observe the Earth almost live, accelerating responses to emergency situations and spurring the development of new services and products, thereby creating jobs and prosperity.

The latest satellite, called EDRS-C, will join its sister satellite in a higher orbit than Earth observation satellites.

This position will enable the constellation to maintain an almost constant connection with the low-Earth orbiting satellites that could otherwise only transmit their information when in direct line-of-sight with their ground stations, which introduces delays of up to 90 minutes.

The EDRS satellites can then beam the information back to the Earth in quasi-real time.

It is a new, independent European satellite system, and is a public–private partnership between ESA and Airbus as part of ESA’s efforts to federate industry around large-scale programmes, stimulating technology developments and achieving economic benefits.

EDRS-C has successfully completed the full set of environmental tests that simulate the severity of a rocket launch, including vacuum and the extreme temperature fluctuations that it will encounter in its orbital environment.

The final functional tests were also completed, demonstrating that the satellite performs as expected after the intense environmental test campaign and will continue to operate for its entire mission lifetime.

“Our engineers have confirmed that EDRS-C is working just as we expected, following the environmental tests, and is ready to be sent on the next leg of its journey before its final ascent into space,” says Michael Witting, EDRS project manager at the European Space Agency.

The satellite is due for launch on 24 July.