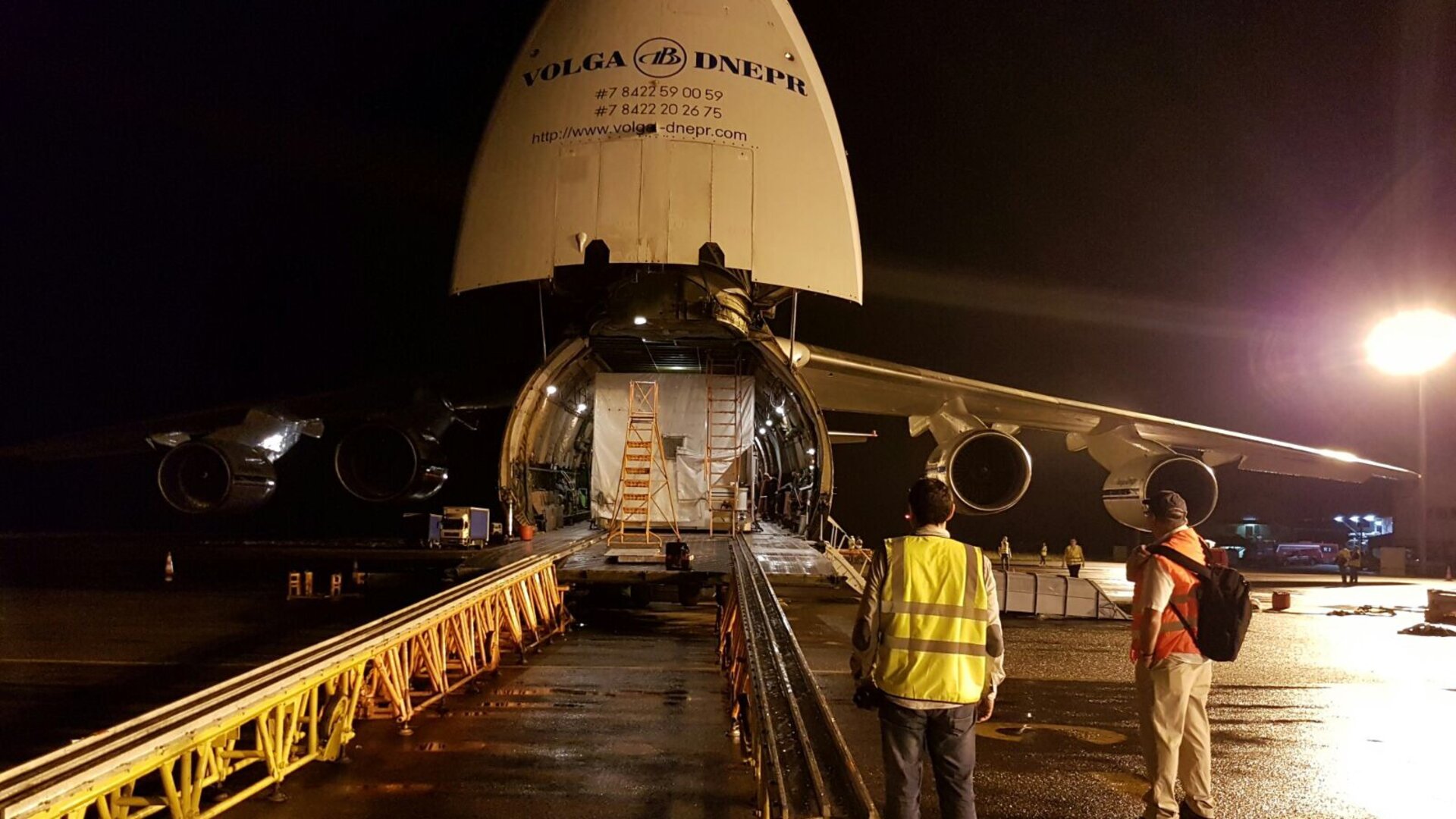 The first telecom satellite built using the SmallGEO platform arrived in Kourou today after completing its final tests at IABG in Germany. It will now start being prepared for launch on a Soyuz rocket in January.

Andrea Cotellessa, ESA’s project manager, noted: “This shipment marks the end of a development that started almost eight years ago. Hispasat 36W-1 is now ready to fly and we are quite impatient to deliver it to orbit, where our partner Hispasat will operate it for the next 15 years.”

SmallGEO was designed and built by OHB System AG, as was the three-tonne Hispasat 36W-1, the newest satellite developed for the world leader in Spanish and Portuguese broadcasting, Hispasat.

It also boasts a new-generation ‘active antenna’, which receives and reconfigures radio frequency beams over the visible Earth disc. Along with its onboard processor, this Redsat payload will allow Hispasat to provide more flexible multimedia and broadcasting services over Europe, the Canary Islands and South America.

Both the SmallGEO platform and Hispasat 36W-1 mission were developed under ESA’s Advanced Research in Telecommunications Systems (ARTES) programme that transforms research and development investments into commercial products. This helps to secure the futures of Europe and Canada in the worldwide satcom market.

“Hispasat 36W-1 is the third public–private partnership set up by ESA, after Hylas-1 and Alphasat. With ARTES, we are more than ever geared up to face a game-changing satcom world for the benefit of European industry.”