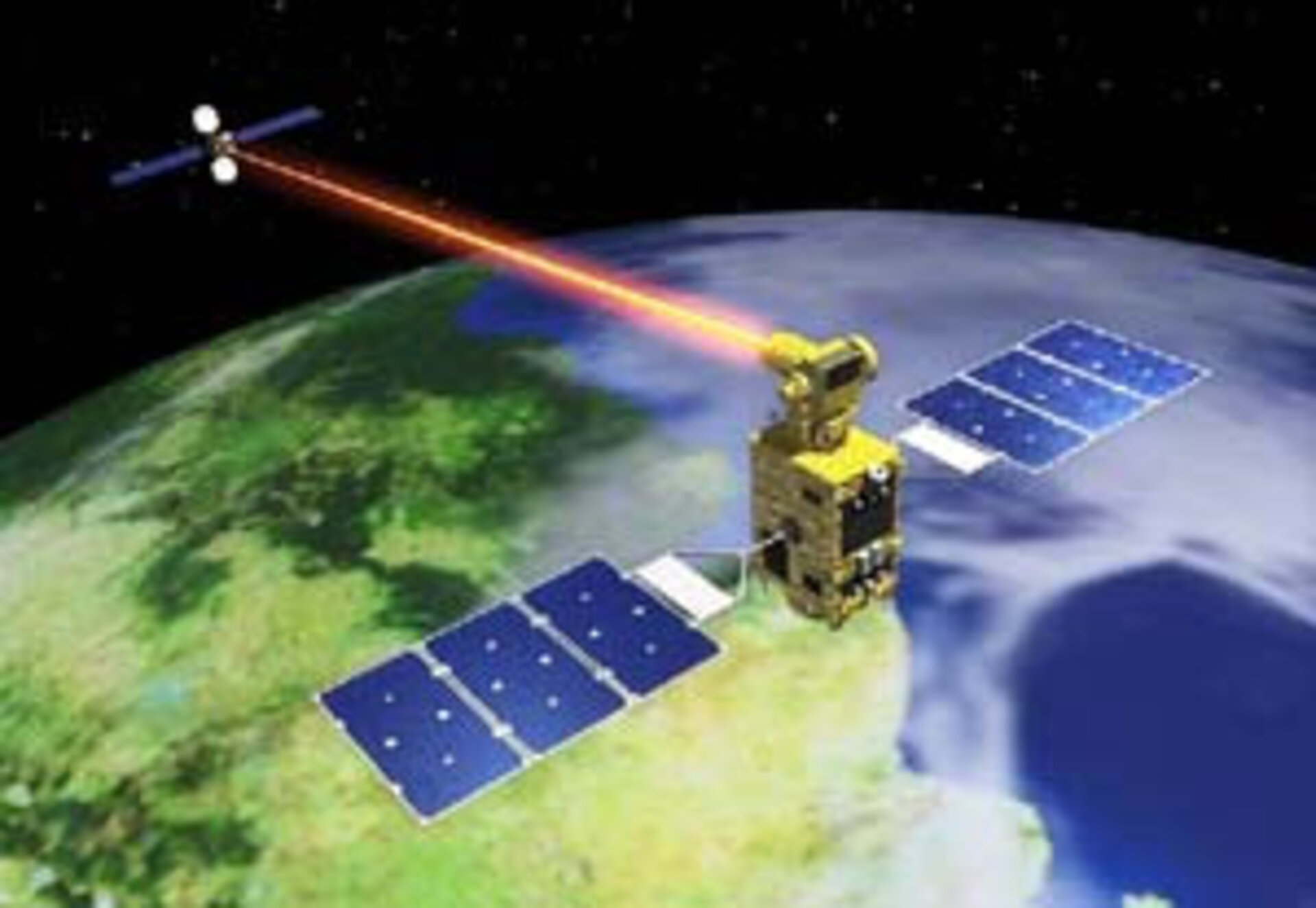 The first bi-directional optical link between KIRARI, the Japanese satellite officially called OICETS (which stands for "Optical Inter-orbit Communications Engineering Test Satellite"), and ESA’s Artemis was made on Friday 9 December at 02:05 UTC.

KIRARI (meaning “glitter” or “twinkle” in Japanese) is the second optical data relay satellite using Artemis, following the world premiere laser link with SPOT-4 in November 2001 in the framework of the SILEX development, an innovative payload which provides a laser beam as a data signal carrier. This optical service has operated regularly since then and accumulated more than 1100 links totalling 230 hours to date.

The KIRARI experiment is the result of a long standing agreement between JAXA, the Japan Aerospace Exploration Agency, and ESA for cooperation on data relay services, and builds upon the SILEX development.

KIRARI has, for the first time, used an optical link for both data and command transmission. The quality of the link was excellent.

The optical link experiment between KIRARI and Aretemis will continue through 2006, making several optical links under different environmental conditions to completely qualify and characterise the KIRARI technology.

ESA has continued to develop optical technology in Europe under its ARTES technology programme, and JAXA also intends to pursue this technology.

The successful completion of the KIRARI experiment is a further demonstration of the value of international cooperation and the excellent relationship between ESA and JAXA. It is the first demonstration of inter-operability between agencies using an optical link and augers well for continued cooperation in the fields of data relay and technology.

The Advanced Relay and Technology Mission (Artemis) of the European Space Agency (ESA) carries payloads for the demonstration and promotion of advanced technologies and services, in particular data relay, land mobile communications and navigation.

Since the start of operations in April 2003, Artemis has provided an operational data relay service to Envisat (ESA’s large earth observation platform) using a microwave link. Envisat now uses Aretmis for more than two-thirds of its science data acquisition.

SILEX, which was developed by EADS-Astrium (Toulouse) as prime contractor, and funded under the Artemis programme, operates at a wavelength of 800 nanometres using direct detection principles.

KIRARI, which is in low earth orbit at an altitude of about 600 km. As with the SILEX development, the KIRARI link carries data at 50 Mbps in the return direction between KIRARI and the ground, and 2 Mbps in the forward direction between ground and satellite. The transmissions through Artemis are linked to the ESA ground station at Redu, Belgium, which is connected via data lines to the KIRARI control centre at Tsukuba, Japan.