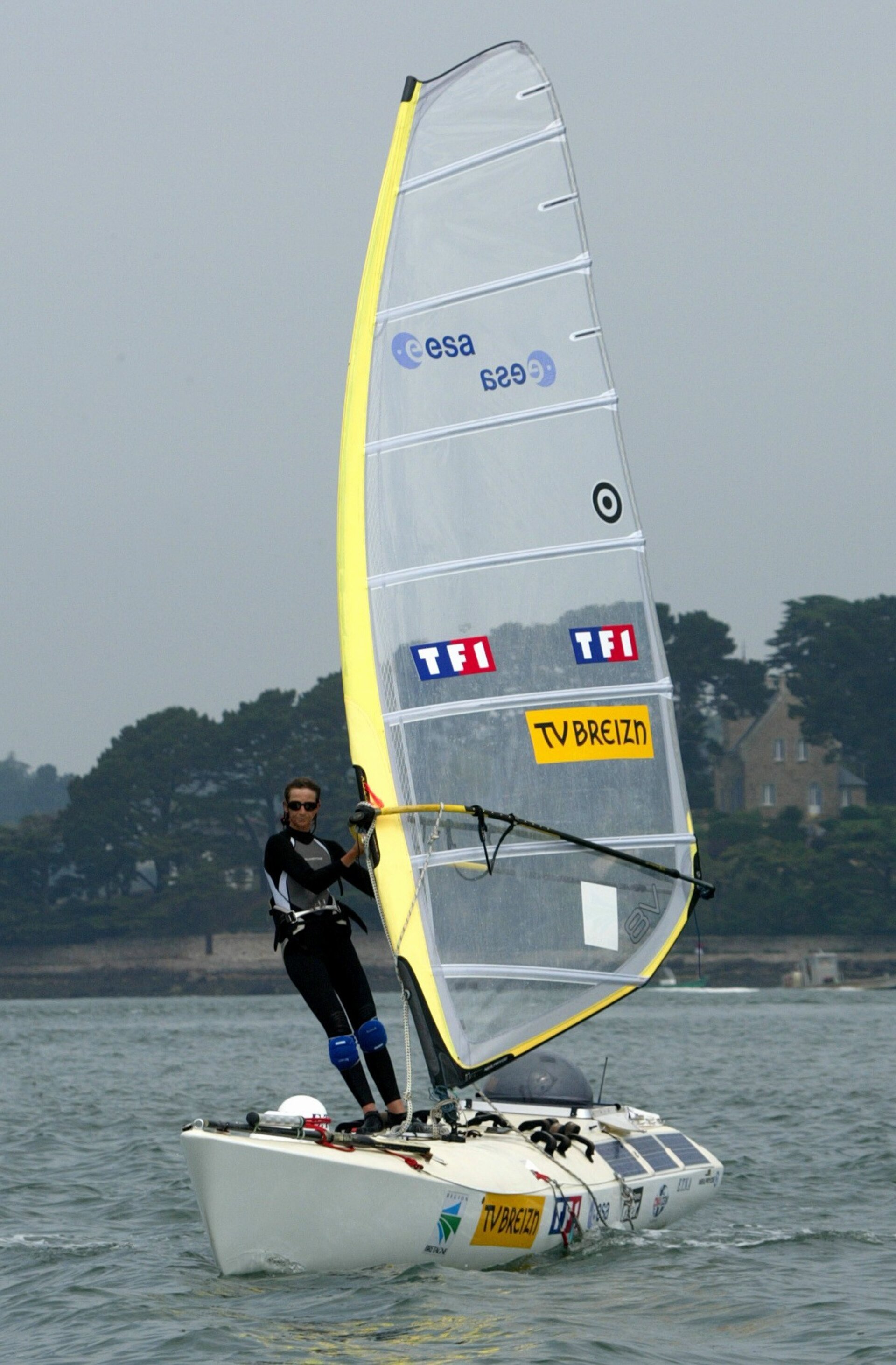 ESA PR 47-2003. Extreme sports adventurer Raphaëla Le Gouvello is about to windsurf 8000 km across the Pacific Ocean - from Peru to Tahiti in 80 days. Her board incorporates a new ‘anti-capsize’ airbag system, the first result of an ESA technology transfer initiative to improve safety for small boats at sea.

The concept is to produce a small, lightweight safety system to be used by small sailing boats, windsurfers and other small sea craft which cannot accommodate traditional life rafts as they take up too much space. The ‘anti-capsize’ airbag has been produced by the French company SEVA Technologies in collaboration with ESA’s Technology Transfer Programme.

The prototype is about to show its worth in the Pacific Ocean’s harsh environment. If the board starts to capsize in rough seas the bag will automatically inflate within seconds and prevent it turning over completely. Le Gouvello will then be able to recover full control and right the board.

The system will also give her peace of mind even during a night’s sleep. Previous experience in rough waters during Le Gouvello’s earlier crossing of the Mediterranean in July 2002 showed how tough it was for her to recover the board single-handed: “It was very difficult for me to get up again,” she said.

The airbag used on this trip has a conventional inflation mechanism. For future versions the plan is to incorporate advanced pyrotechnics used on European Ariane-5 launchers which will further reduce airbag inflation time, the key to improved functionality and safety.

Le Gouvello uses a custom-built windsurfer, 7.80 m long and weighing 550 kg, equipped with a GPS navigation system, radio and satellite phone, and loaded with canned and dried food. Six sails - from 4.2 to 7.4 square metres - secured to a carbon fibre mast and using an aluminium wishbone are the ‘engines’ on board, along with Le Gouvello herself and her 17 years of windsurfing experience.

To ensure full autonomy during almost three months at sea, flexible solar cells mounted on the windsurfer provides up to 12 volts and 120 watts and are used to recharge critical batteries powering navigation, communication and production of the daily ration of drinking water from seawater by a special desalination system. On 12 volts this system can provide five litres an hour. The solar cells are derived from technology originally developed for European spacecraft.