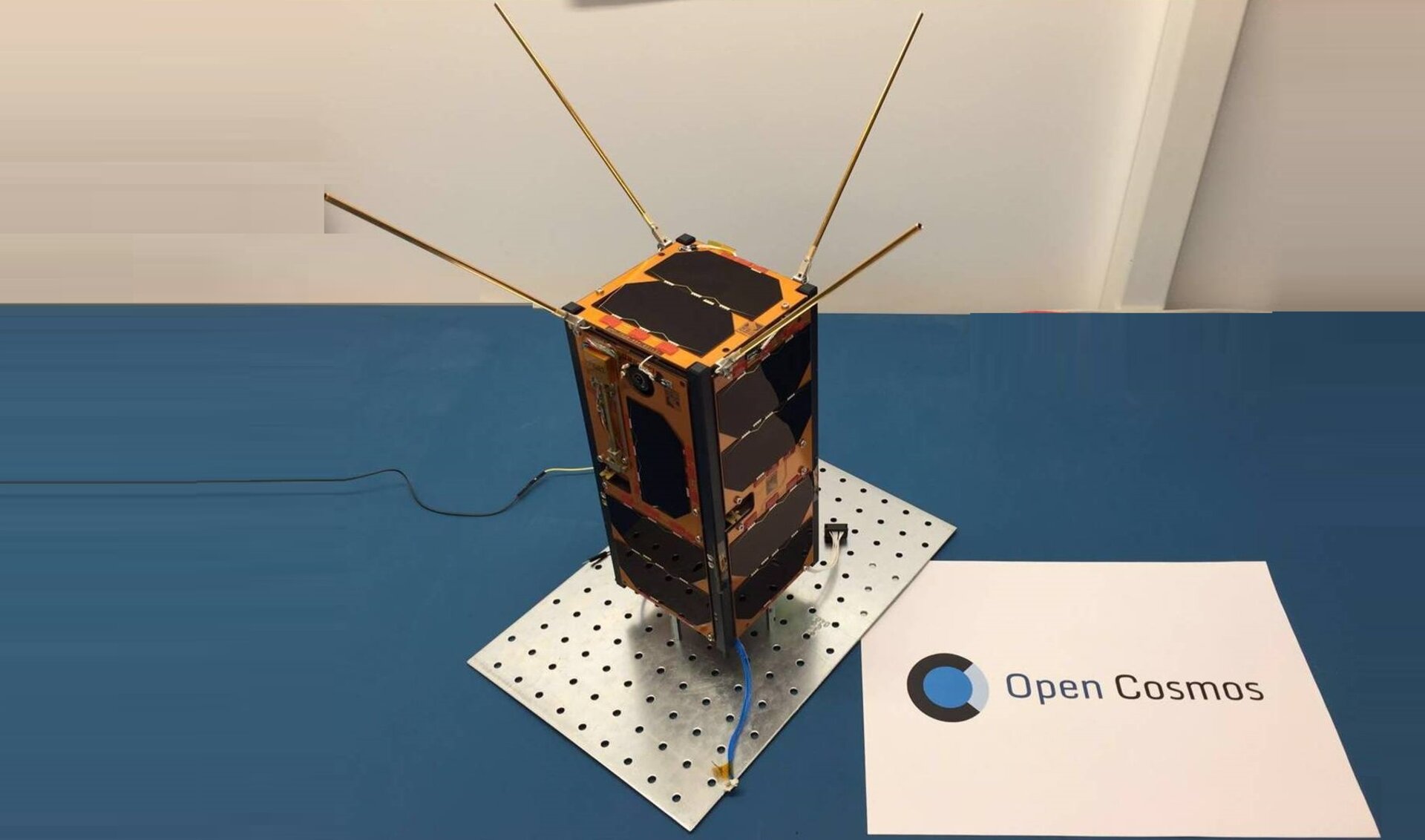 Get into space with Open Cosmos´s services. The company provides all the tools necessary to develop, launch and operate the satellites in orbit.

Started by Rafel Jorda-Siquier, now CEO, Open Cosmos takes customers´ payload from early design phases to launch and operations on nanosatellites with a payload of up to 20kg at a fraction of the cost and time when compared to conventional options.

While it traditionally takes several years and costs of millions of euros to get satellites into orbit, this UK-based company offers a one-stop-shop solution that slashes both time and price.

The baseline total cost for a three-unit nano-satellite mission starts at UK£500 000 (about €600 000) and the timescale from planning to launch is less than one year.

“This is actually about opening the [satellite] market to entrepreneurs, researchers, developing countries and other industries so that they can use our technologies as a tool,” explained Rafel Jorda-Siquier.

“For example, one of our customers want to monitor 400km of pipeline in the south of Spain. Another one wants to test an innovative camera in space.”

The solutions Open Cosmos propose are based on a range of multi-purpose nano-satellites with a payload agnostic approach.

“We are building a small and affordable platform, which removes three space access barriers: complex technology, paper work and costs. We are doing that by supplying our customers with a set of development tools that allow them to build their own technology at their own pace,” explained Rafel Jorda-Siquier.

Open Cosmos, founded in 2015 and now hosted at the ESA Business Incubation Centre (BIC) UK, provides end-to-end mission services that allow its customers to focus on their specific needs for getting in-orbit data and not having to worry about how to get the satellite into orbit.

Open Cosmos designed and delivered its first concept nano-satellite (qb01) in just 6 months with a launch granted by the European Commission. The current commercial pipeline contains multiple customers involving an entire nano-satellite mission for ESA, in-orbit demonstrators and constellations for both private and public commercial customers.

The team to open up for affordable access to space

Open Cosmos employs 35+ people of more than 10 nationalities and is currently looking to attract more talent to enable simple and affordable access to space.

Open Cosmos raised $7 million in a series A funding round as part of its mission to make satellites more affordable and more accessible to everyone. It is based in ESA BIC UK located at Harwell Campus in the UK and is looking to manufacture 30 satellites a year

Open Cosmos entrepreneurs will be at the Start-ups Zone at IAC 2018 from 1 October until 3 October noon, and be pitching their business 2 October.