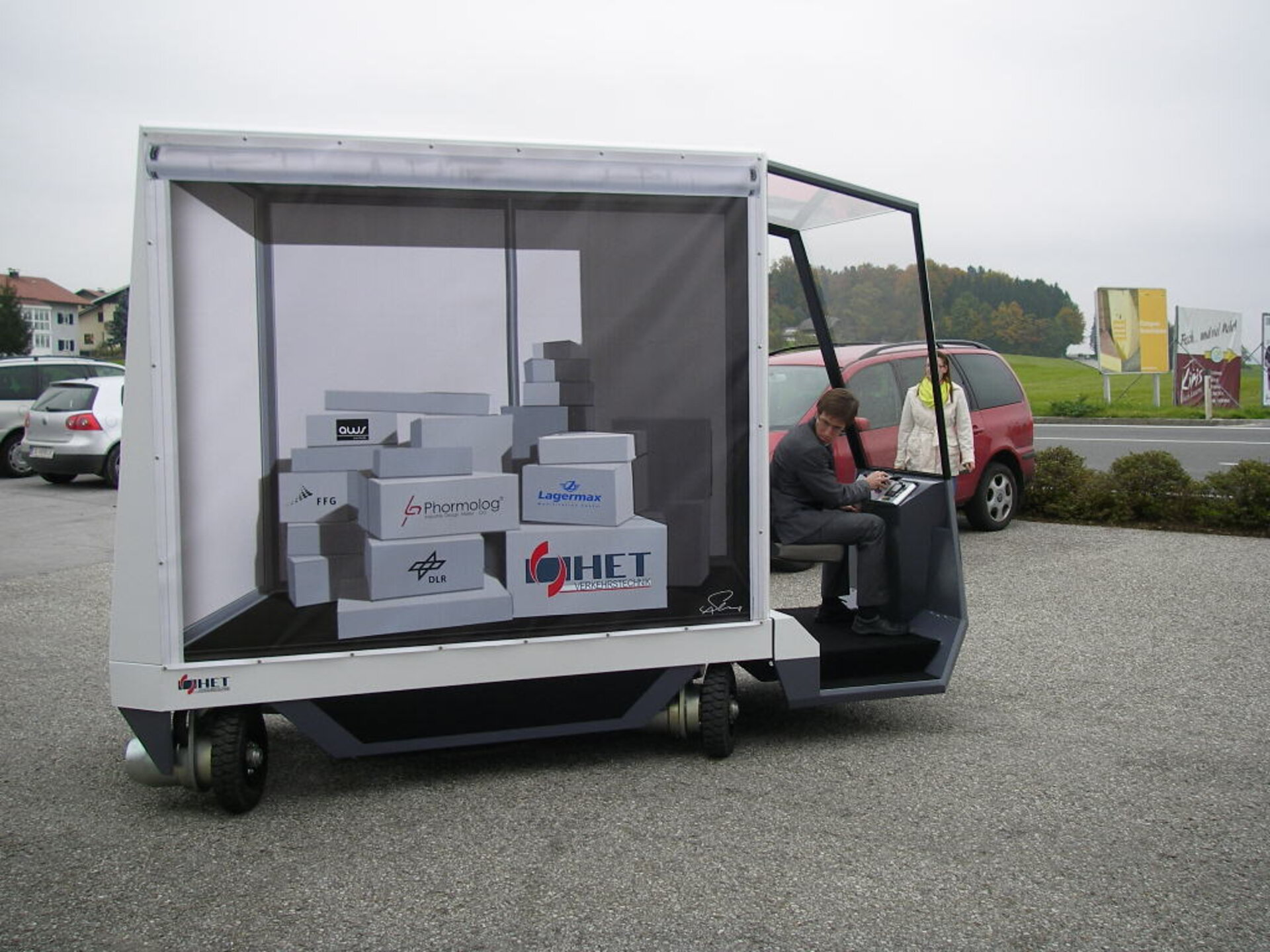 Inner-city deliveries in Austria may soon be powered by pollution-free fuel cell technology that is also being explored by ESA for satellites and robotic missions to Mars.

From its beginnings in 2010, a second prototype will be tested this year in the Austrian city of Klagenfurt, making deliveries from a logistics centre on the outskirts into the inner city. A later trial will switch to Vienna.

“The focus for Citylog EMF is delivering goods in inner cities, but you could also transport people – it’s designed to be flexible so that you can put in containers or add seats as needed,” explains Johann Hartl, HET Engineering CEO.

“There will be many possible uses for these types of vehicles, including inhouse shuttle services around hotel areas and amusement parks, and luggage transfer at airports – anywhere where noise and zero emissions are important.”

Individual wagons, each with its own energy supply and capable of carrying two tonnes, are connected to form a train. This can be of any reasonable length and wagons can be easily decoupled at any time.

Fuel cells generate electricity by combining agents such as hydrogen and oxygen.

They are lighter than batteries, making them attractive for some space applications.

“Fuel cells have been used in space programmes before and we continue to research and demonstrate them here at ESA,” notes Max Schautz, fuel cell and battery engineer at ESA.

“There wouldn’t have been any Apollo missions or the Space Shuttle without fuel cells. They were also specified for ESA’s Hermes spaceplane.

“We’re working on fuel cells at ESA for a number of potential uses, mainly for robotic exploration on Mars and possibly for the Moon as well.

Experienced in fuel cell research and development for future space and terrestrial applications, DLR worked with HET and determined that fuel cells were the best power source for Citylog EMF .

“We compared fuel cells with batteries, and calculated that fuel cells are better when considering weight against travelling distance,” explains Christoph Fischer, research associate at DLR’s Institute of Vehicle Concepts.

“Also, the recharging time is much shorter: it takes up to 4 hours for a battery but only 5–10 minutes to fill a hydrogen tank for a fuel cell.”

“DLR has been developing fuel cells for many applications for years and is also expert in batteries, which are needed in Citylog EMF to compensate for peaks in energy requirements,” adds Frank Zimmermann, from the ESA network's German broker, cesah.

“DLR not only understands each technology but also how to integrate them, which is why it was an ideal partner for this project.”

Taking on the transport market

Fuel cells have their own considerations, however, such as environment and temperature, which can determine what fuels should be used and how the cell is designed. Fuel cells on Earth are usually based on hydrogen and oxygen.

“There have been challenges in developing the fuel cells for Citylog EMF, including designing them to cope with subzero temperatures and achieving a reasonable cost per unit,” admits DLR’s Christoph Fischer.

These issues have been resolved and the increasing use of fuel cells in cars from leading manufacturers heralds a mainstream role for them as an energy source.