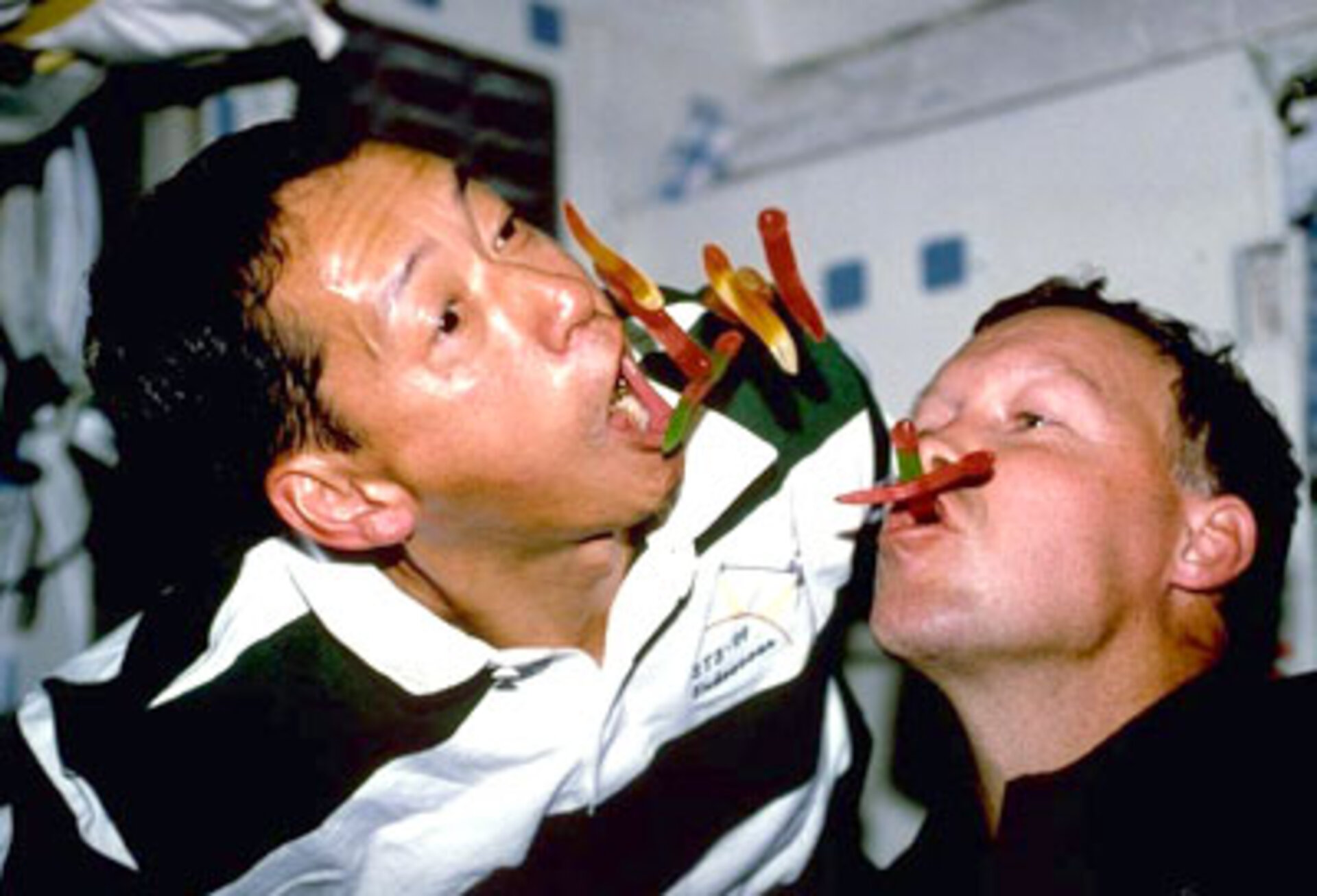 Technologies from space provide new solutions for food handling on Earth. In exchange travellers in space will get gourmet menus from Earth to cheer them up during long space missions.

At the International Food Exhibition SIAL in Paris this week, ESA presents an exchange of ideas between food and space, including recipes for travellers to Mars.

"Every year we research and develop a number of pioneering technologies needed for space exploration. Many have potential for innovative solutions on Earth, also within the food industry" says Pierre Brisson, Head of ESA's Technology Transfer and Promotion Office. "Some have already led to novel and cost-effective systems in the food industry for cooling, intelligent packaging, preservation and disinfection."

ESA is teaming up with the French gourmet company ADF - Alain Ducasse Formation, to define recipes which could create good food for space travellers using a very limited number of raw materials, all of which would be grown on other planets.

"At the moment we bring from Earth all food for our space missions, on the International Space Station, the Soyuz and the Shuttle. For longer missions to Mars, however, we cannot bring everything from Earth – that would be too heavy and require too much storage room - so we are researching into which plants to cultivate in space," explains Christophe Lasseur, ESA's biological life support coordinator, responsible for recycling and production of air, water and food for long-term manned missions.

A mission to Mars is likely to last at least 24 months, six to go, six to return and 12 months on the planet. With the criteria 'the less food to transport from Earth the better', the initial objective is that 'space-grown-food' should cover 5-10% during mission and 40-50% during a stay on another planet.

"Being able to grow plants is fine but they have to be prepared before eating, so the next challenge is to cook a variety of good food, which in addition to being healthy and sufficiently nutritious for survival, also provides physiological support for the crew, away from Earth for such a long time," emphasises Lasseur.

"We cannot grow every type of plant so we have to select a few which can be the basis for multiple dishes. At the moment we are experimenting with eight plants, but we may have to raise this number," he adds. Another important aspect is that it will not be possible to bring to Mars a complete kitchen with an array of gadgets, so an additional requirement is that the food should be possible to eat after simple preparation.

"We have teamed up with ADF - Alain Ducasse Formation to define a number of recipes which can be created with few raw ingredients that we may be able to produce on Mars, and with a limited number of cooking tools. The French company GEM is studying a set of utensils for us which could be used on Mars" says Lasseur.

Glace® is a novel container for beverage which refrigerates the product within minutes when needed. The principle has been used for centuries - using evaporating water to cool the contents of terracotta jugs and goatskins. When the French company Thermagen then applied advanced numerical simulation techniques, developed for ESA for satellite mission calculations, it became possible to calculate and control precisely the behaviour of the complex physical phenomena that creates the cooling effect, and to design a self-cooling container.

This cooling technique was first tried during the Dakar Rally in January 2003 when Thermagen provided self-cooling containers to chill drinks for the Pescarolo Sports team. By evaporating one centilitre of water under vacuum sustained by special ceramics, the temperature of the drink in the container was reduced by 15º C.

EASY2COOL is a novel refrigerating system for food during transportation, using technology transferred from space. The basic technique is used by ESA to cool ground station equipment and satellite parts during transportation on Earth, and utilises a very simple physical principle: when a material has to change state from solid to liquid it absorbs a certain amount of energy, maintaining the same temperature until all material has become liquid.

Even if this phenomena is 'simple', the Italian company D'Appolonia and its partners had to base their refrigerating system on the technology used in satellite ground stations in order to control the function and combine it with special developed liquids, the so-called High Duration Eutectic fluids, to maintain a given temperature over a required length of time. Two systems have so far been developed and tested – one maintains food at -26° C for 8 hours, another +4° C for 33 hours - sufficient for transportation of meat and other foodstuffs, frozen or chilled. During the 'operational autonomy' the systems function without energy consumption or moving parts, overcoming current limitations of today's refrigerated trucks and also very cost-effective.

SAFE-MEAT uses an infrared ceramic-coated element from spacecraft propulsion systems to disinfect meat-processing equipment in vacuum. The system is safer than conventional systems used today as it operates at only 36-48 Volts instead of 220 Volts - a very important for workers responsible for disinfection, as this is carried out in wet environments. This novel system saves 45% of energy and has lower maintenance costs.

The European Space Agency's Technology Transfer and Promotion Office (TTP) presents exchanges of technology, know-how and expertise between food on Earth, growing plants on other planets, creating nutritious gourmet meals for space travellers and high-tech from European space programmes, at the ESA booth in Hall 5A, stand K006.

Christophe Lasseur, ESA's Biological Life Support Coordinator, presents the Agency's activity in defining how food can be produced during a future Mars mission.

Fadi Khairallah, Thermagen, demonstrates how advanced space technology made it possible to utilise a century-old known technique to develop a modern beverage container.

15:00 How space technologies can support the food industry

ESA's Technology Transfer and Promotion Office (TTP) makes space technologies available for licensing or further development to stimulate the spin-off of space technology and to benefit life on Earth.