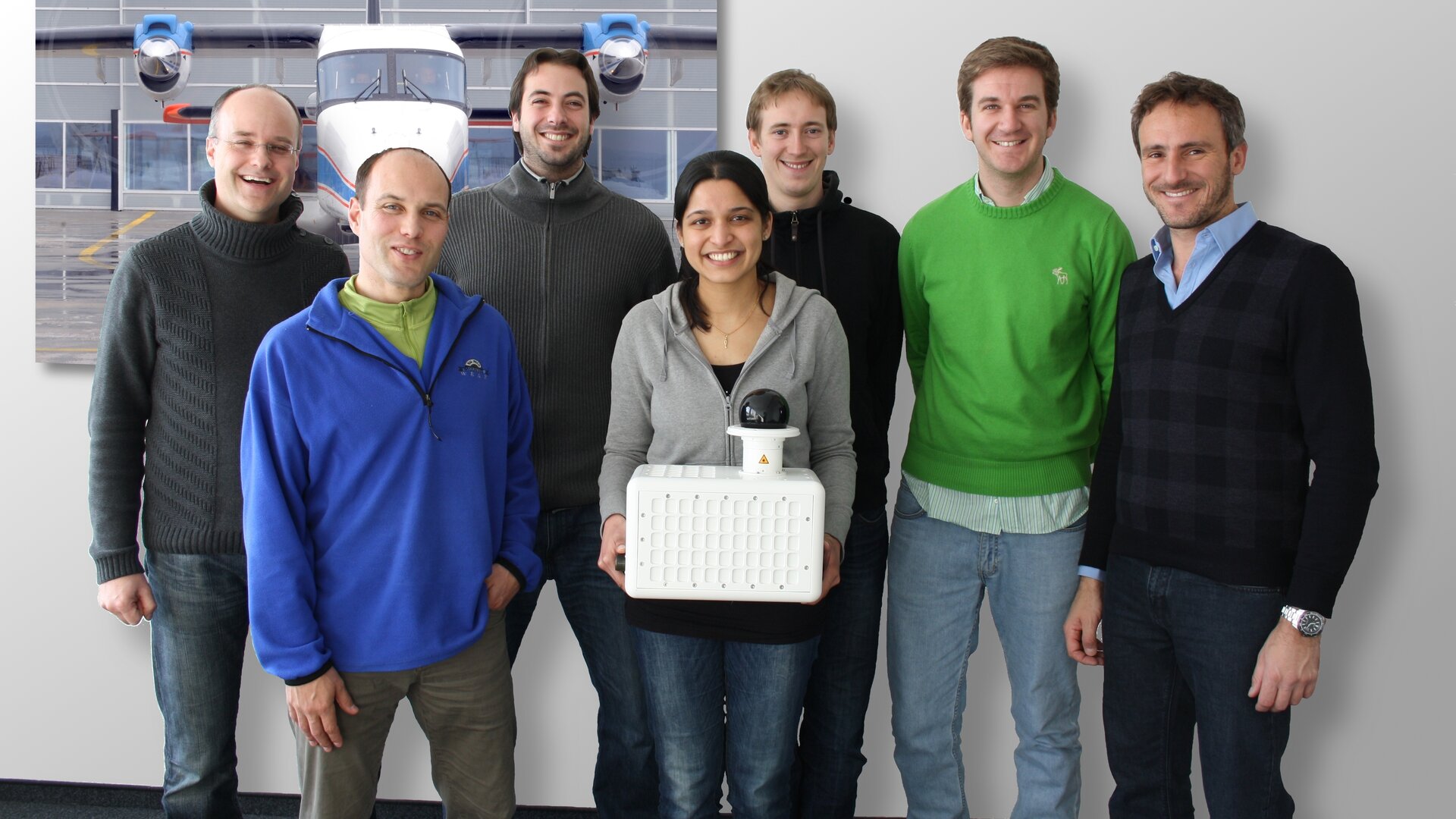 Transmitting large amounts of data from aircraft to the ground has reached new heights, thanks to the ESA Business Incubation Centre-supported start-up company ViaLight Communications GmbH.

Here, the enthusiastic team presents their latest MLT-20 Micro Laser Communication Terminal for aircraft using technology based on new research at the German DLR Institute of Communications and Navigation.

Weighing only 7kg, it can also be used on smaller unmanned aerial vehicles.

Transmitting data from an aircraft to an optical ground station up to 100 km away has proved the worth of this novel laser technology – it is now available to customers who need to transmit large amounts of data faster than 1 Gbit/s. Two-way communication is also possible.

The laser unit can link aircraft to the ground as though wired with physical fibre optic cables. DLR demonstrated that the same laser links can even beam data between satellites and the ground, enabling a full range of new application scenarios.

The technology also benefits from expertise the ViaLight founding members got from working under contracts with ESA and DLR investigating the characteristics of the laser links between ESA’s Artemis and Germany’s TerraSAR-X satellites.

The laser datalink is 100 times faster than today’s conventional radio communication systems for aircraft. Future developments could even drive this data rates up to an astonishing 100 Gbit/s and more. Laser communication is virtually free of the physical limitations affecting radio systems owing to the congested radio spectrum.

Laser communication cannot be tapped into as any spy would have to be in the middle of the beam to read the data. This is almost impossible – the laser beam is only a few metres across and the aircraft is moving, thus providing highly secure communication.

ViaLight Communications is a spin-off from DLR and was founded in 2009 through ESA Technology Transfer Programme’s Business Incubation Centre Bavaria.

The company will showcase their system next month at the National Space Symposium in Colorado Springs, USA, and in August at the International Aviation & Space Salon MAKS in Moscow, Russia.