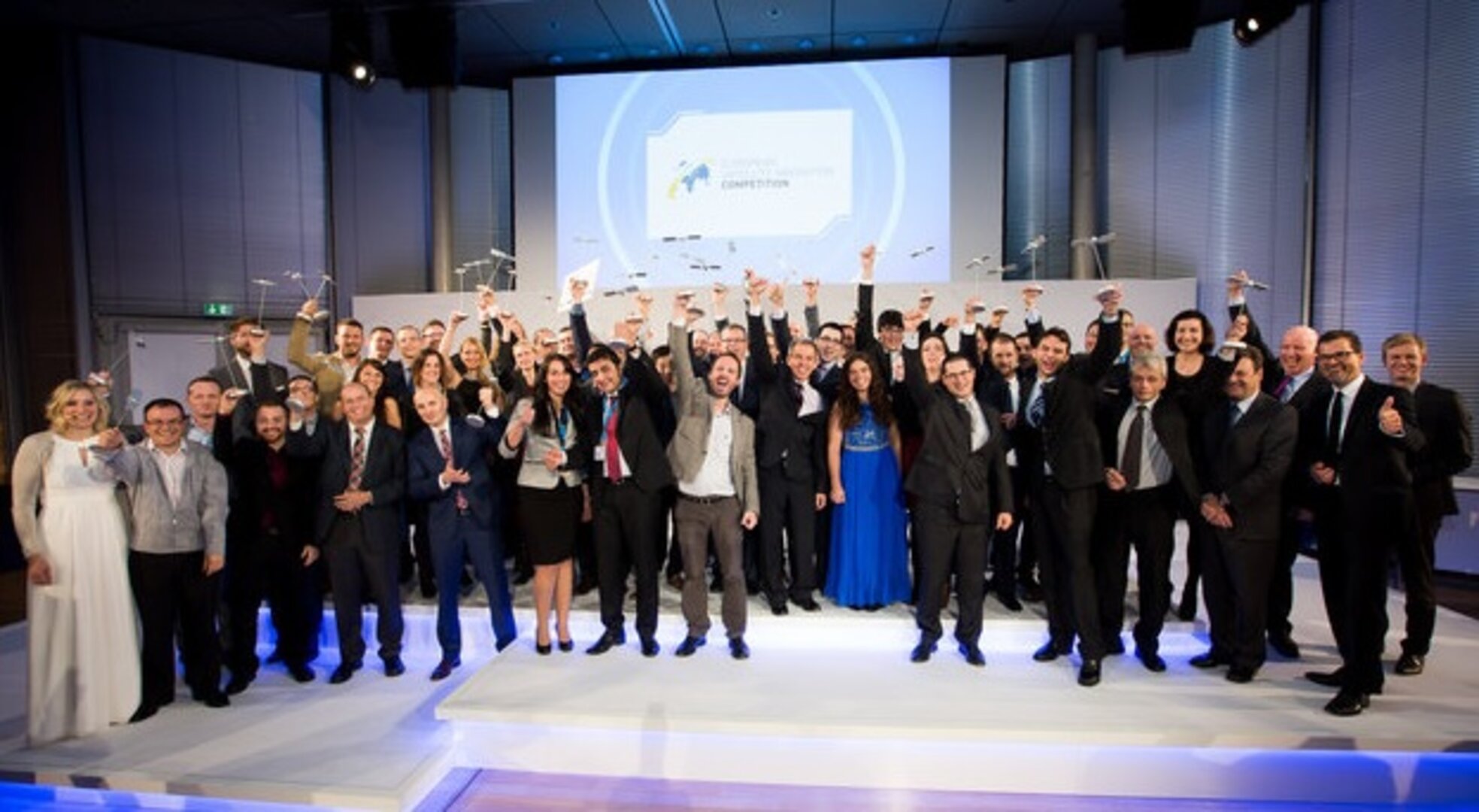 A remotely controlled multicopter for maritime search-and-rescue this week took home the grand prize ahead of 29 other winners in this year's European Satellite Navigation Competition.

Its thermal cameras and satnav abilities quickly pinpoint people in the water and transmit an alarm to rescue teams along with precise location information.

Enrique Martínez Asensi and his winning team from Spain’s Sincratech Aeronautics hope to see their Poseidron multicopter save lives far out at sea.

Capable of carrying up to 70 kg, Poseidron can also deliver a dinghy as soon as victims are found. This makes it faster and more cost-effective than other rescue systems, significantly increasing the chances of survival in cold waters. It can be launched from ships and other platforms under virtually any weather conditions.

In addition to winning the competition’s €20 000 grand prize, it now has the opportunity for a year’s incubation at one of the local science parks as the winner of Valencia’s regional prize.

Their software was developed and has been tested for four years at ETH Zurich and used in several realtime situations. Using multiple satnav constellations, including Galileo, guarantees reliable and accurate output at any time and location.

The three entrepreneurs' vision is to integrate their product into areas such as drone-based delivery, autonomous driving, the Internet of Things, and crowdsourced geomonitoring and early warning systems.

“Their project combines off-the-shelf almost-standard elements to provide a high-accuracy positioning capability easily deployed in a wide range of applications, which can open up new opportunities for other inventors and companies,” said ESA’s Frank M. Salzgeber, presenting the prize on behalf of the Agency at the ceremony in Berlin on 20 October.

“With this project and all the other winners, the competition has again spurred entrepreneurs and inventors to come up with new ideas for satnav systems. I see many that could be turned into successful companies at one of our incubators.”

The Swiss winners take home ESA’s Special Prize of €10 000 and have the option of entering an ESA Business Incubation Centre or another facility in the European Space Incubation Network.

The satnav competition set another participation record this year, with 515 entries from more than 40 countries around the world.

Organised by Germany’s Anwendungszentrum Oberpfaffenhofen, ESA has been a partner in the competition since 2005. Earlier winners of the ESA Special Prize include a smart tracking system for trailers and machinery, a wearable tactile navigation system, a water pollution control system, a realtime centimetre-accurate positioning system, a proximity service to track friends and colleagues, and a museum guidance service.

With their new ideas in areas such as connected mobility, smart cities, tourism and environmental protection, the entrants demonstrated how fundamental precise satnav signals are to Europe.

More about all the winners and the European Satellite Navigation Competition here.