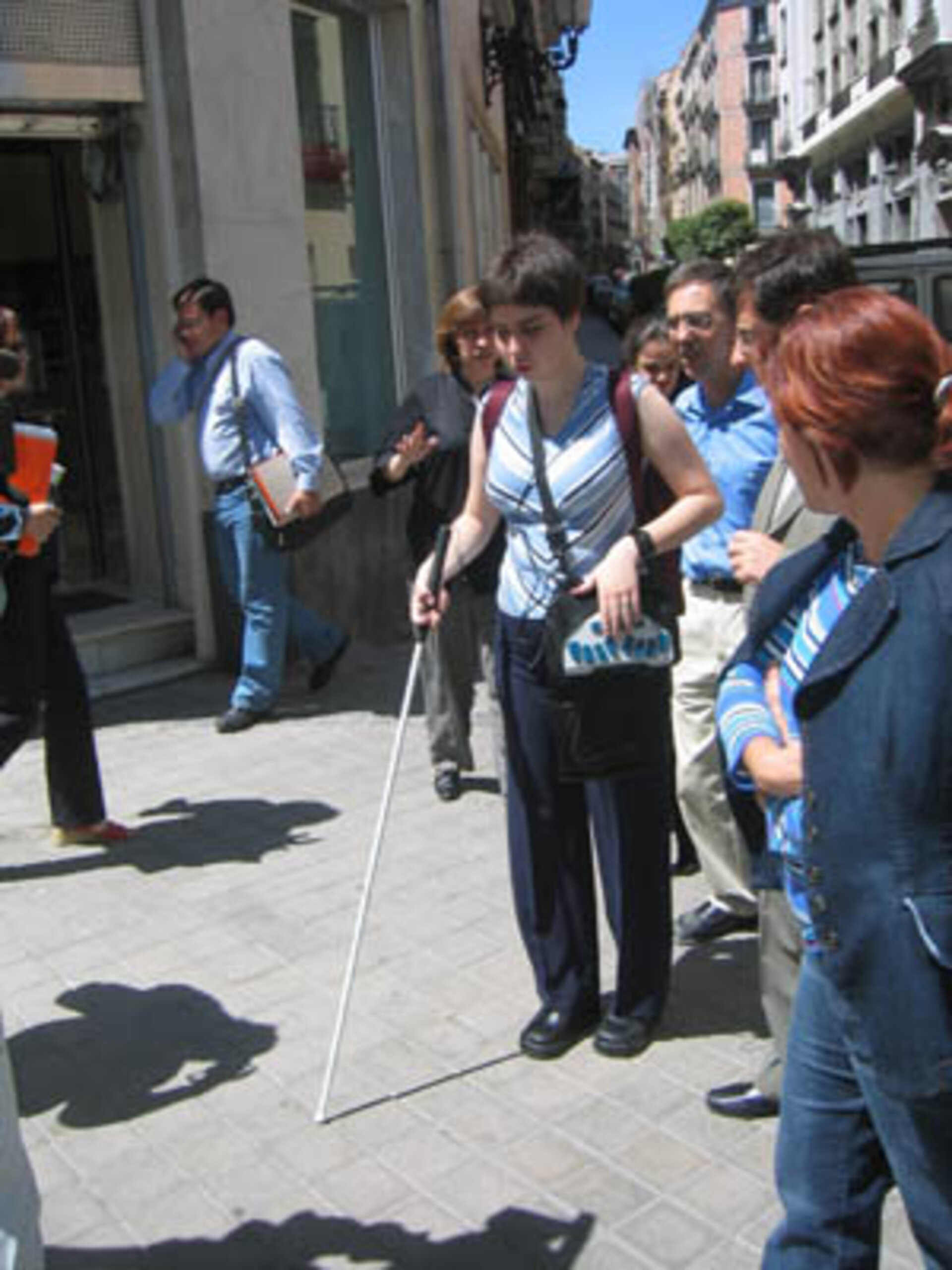 “When blind people take a taxi, they will be able to give directions to the taxi driver!” says Jose Luis Fernandez Coya. The man speaking really knows what he is talking about: he is blind but also heads the R&D department of ONCE, the National Organization of Spanish Blind people.

This association has always been looking for helpful innovations and has just developed a system based on GPS to guide blind people. The system called “Tormes”, named after a famous Spanish 16th century story, is a computer with a Braille keyboard and satellite navigation technology that gives verbal directions.

This personal navigator was presented to the press in Madrid recently. The European Space Agency (ESA) was involved in this event because ONCE and ESA are already working on how to improve “Tormes”.

The accuracy given by GPS is not precise enough and not guaranteed. A new tool, developed by ESA could be the breakthrough: EGNOS (European Geostationary Navigation Overlay Service). EGNOS corrects the GPS signals and gives an accuracy of 2 m while GPS provides an accuracy of only 15 to 20 m. It also warns the users of any problem with the signal thus giving integrity information.

EGNOS is transmitted to the ground via geostationary satellites, so sometimes signals are blocked by buildings. This is called the canyon effect. To solve this problem, ESA engineers had the idea of getting the data through the Internet via a GSM connection, a project called SISNeT (Signal In Space through Internet). This makes EGNOS available anywhere downtown. Blind people who are able to access this information could distinguish streets. For a blind person walking in a town this will make all the difference because with an accuracy of 15 m (with GPS) the street is already crossed, with 2 m and less (with EGNOS) you know which pavement you are on.

Tormes, the hand held device developed by ONCE along with the Spanish company GMV Sistemas, speaks to the user, like any GPS device in a car, but weighing less than one kilo it can be carried over the shoulder. It can be used in two ways: to guide the user to their destination or to tell them where they are as they walk around.

Ruben Dominguez, a blind mathematician who has tried out the device says 'This completes what exists for assisting blind people: the dog or the white cane, but furthermore it will really improve the life of the blind community by giving a lot more autonomy when moving around town, specially in unknown places.'

Testing of the prototype is ongoing but already the results indicate that this is a revolution under way for blind people. When EGNOS is operational in spring 2004, blind people can expect unprecedented assistance giving them more autonomy.

EGNOS, an initiative of ESA, the European Commission and Eurocontrol, for use in civil aviation and other new services, paves the way for Galileo, the first civil global satellite navigation system.