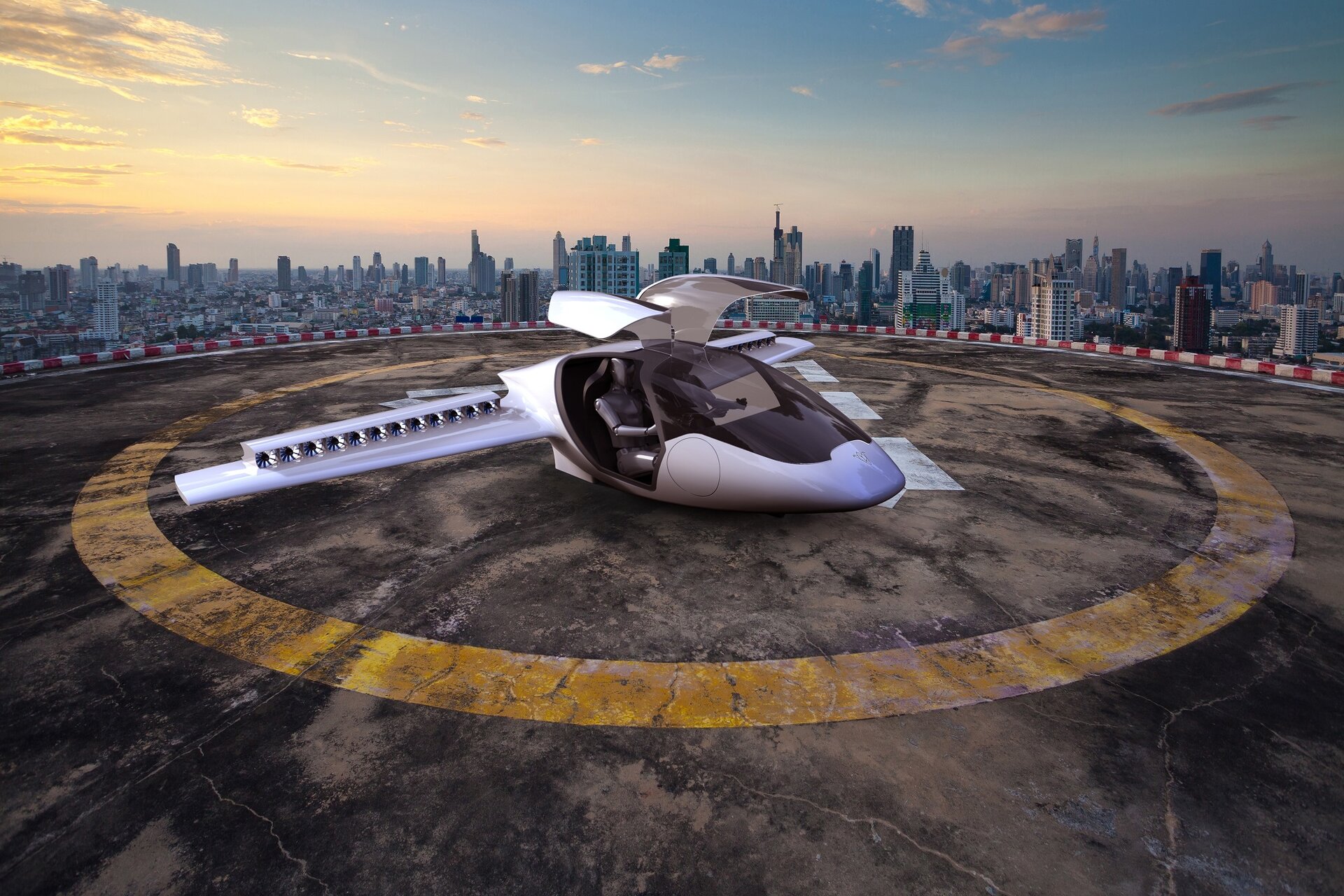 A start-up company hosted in an ESA business incubator is developing the world’s first vertical takeoff and landing aircraft for personal use. The electric two-seater will open the door to a new class of simpler, quieter and environmentally friendly planes available from 2018.

“Our goal is to develop an aircraft for use in everyday life,” explains Daniel Wiegand, CEO and one of the company’s four founders.

“We are going for a plane that can take off and land vertically and does not need the complex and expensive infrastructure of an airport.

“To reduce noise and pollution, we are using electric engines so it can also be used close to urban areas.”

Founded in February 2015 by four engineers and doctoral students from the Technical University of Munich in Germany, Lilium has already proved the concept with several scale, 25 kg prototypes and is now developing its first ultralight vertical takeoff and landing aircraft.

Today, general public aviation offers fixed-wing aircraft and helicopters. Conventional aircraft are efficient, fast and available in many sizes but require airports often 20–50 km from city centres because of their space-hungry runways and the high noise levels.

Airports are expensive bottlenecks for transportation. This is especially so for short-haul flights, where travel time to and from airports can easily double the duration of a trip. This is not a problem for helicopters, which can take off almost anywhere and are therefore often used for short shuttle flights and special applications.

However, helicopters are very noisy and difficult to fly – which requires expensive licences. They also have no backup in case of rotor failure, making them expensive to build and maintain. 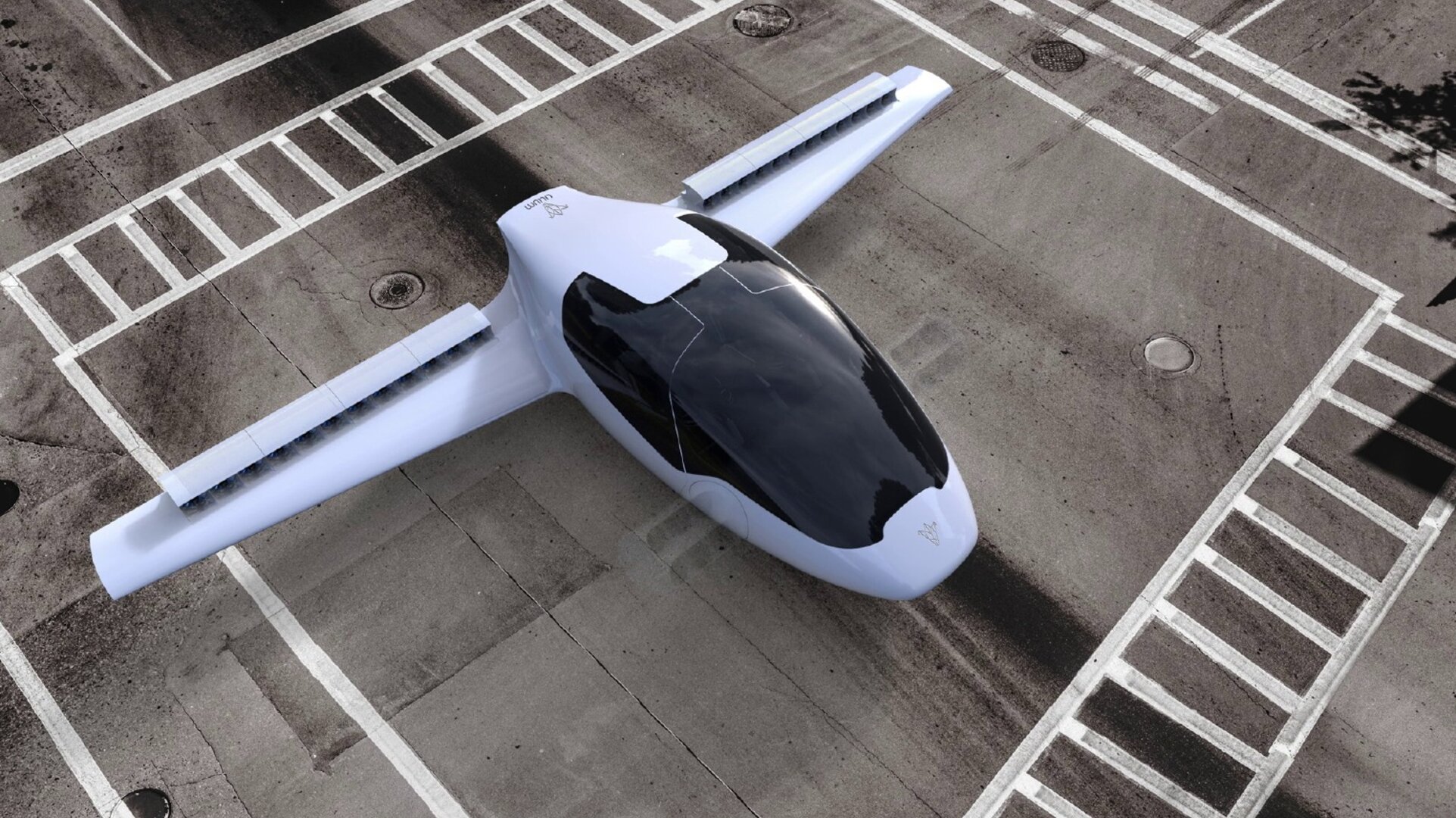 The Lilium vehicle combines the benefits of helicopters and fixed-wing aircraft while avoiding their drawbacks. While initially restricted to airfields, the goal is for it to take off vertically from almost anywhere – even from back gardens – it needs only an open flat area of about 15x15 m.

Although taking off and landing like a helicopter, by swivelling its engines it also functions as a very efficient aircraft that can travel at up to 400 km/h.

Entirely electric, the plane is much quieter during takeoff than helicopters thanks to its ducted fan engines. Its batteries, engines and controllers are redundant, making it a much safer design than conventional helicopters.

The plane is classed as a Light Sport Aircraft for two occupants, with the pilot’s licence requiring 20 hours’ minimum training – almost like taking a driving licence.

It is intended for recreational flying during daylight, in good weather conditions and in uncongested airspace up to 3 km altitude.

Using computer control for vertical takeoff and landing is essential for a vehicle targeted at the consumer market for personal transportation.

Powered from a simple wall plug

Highly efficient in its cruising mode, the vehicle will have a range of 500 km. It features a touchscreen and fly-by-wire joystick controls, retractable landing gear, wing doors, large storage, panoramic windows, and a battery that can be recharged from any wall plug.

Satnav is crucial to the high degree of automation and wind compensation during takeoff and landing.

The company is hosted at ESA’s Business Incubation Centre in Bavaria, which offers a workshop for developing and building the prototypes and final plane.

Located directly next to the Special Airport Oberpfaffenhofen, the company has direct access to test fields and an inspiring aviation-friendly environment.

“The half-size prototype is already flying and now under test. The full-size unmanned prototype is planned for this summer,” says Thorsten Rudolph, CEO of AZO, which runs the incubator, one of many in ESA’s Technology Transfer Programme throughout Europe.

“We are helping the Lilium team to turn their idea into a viable business. They are the aircraft experts, and we provide the expertise on how to make a business out of their dream.”

Supported by a venture capital investor, the company is planning its first manned experimental flight in 2017 and rollout of the completed vehicle for licensing by 2018, ready for initial production to begin meeting orders. Serial production will follow later.

The retail cost will be far less than similar-sized aircraft of today and with much lower running costs.

“In the longer term, our target is to build an aircraft that not only the super-rich can afford, and that can make private air transportation possible for a much wider number of people,“ adds Daniel.

“With the concept of taking off and landing almost everywhere, we could see that one day our plane will be used for quick and daily transportation almost like a car today.“