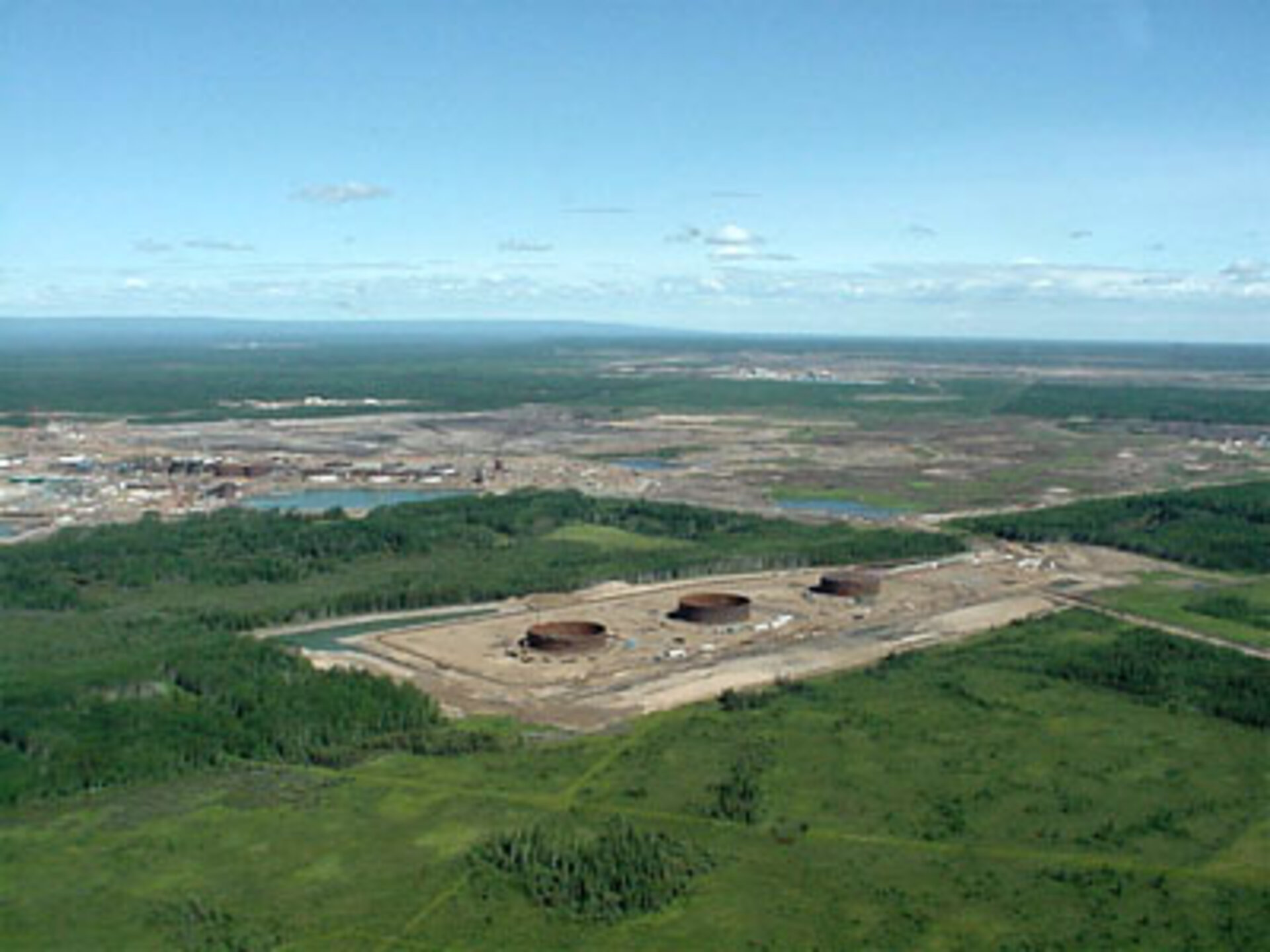 Shell Canada has incorporated Earth Observation data into its Sustainable Development Report, demonstrating the potential of satellites to provide a global and cost-effective way to measure objectively the sustainability of business activities.

Companies that aim to create wealth while also contributing to the long-term quality of life and respect for the environment regularly issue environmental audits of their Corporate Sustainable Development (CSD) activities and report on the 'triple bottom line' of economic, social and environmental impacts.

In order to quantify sustainability, accurate and timely information on the state of the environment is needed, which Earth Observation (EO) from space can provide.

"They present clear, accessible visuals, provide objective information on development and eventual reclamation of our oil sands leases and help us in our reporting on environmental performance."

Under the project, Hatfield Consultants, an environmental consultancy firm based in Canada, led a team working with Shell Canada and Albian Sands Energy to provide EO-based geo-information to support environmental management and monitoring related to the exploitation of their Athabasca oil sands located in the north of the province of Alberta. Occupying some 141 000 sq km, the Athabasca oil sands are estimated to be the second largest known oil reserves in the world after Saudi Arabia.

These bitumen-saturated sand deposits represent the equivalent of between 17 and 25 trillion oil barrels, although unlike conventional crude oil they need to be mined or extracted in situ rather than simply pumped to the surface and then specially treated before they can be transported via pipelines.

As global oil reserves dwindle, the cost of extracting Canada's oil sands has become feasible: one million barrels of oil are currently extracted daily and this figure has the potential to double in the next five to seven years. However this extraction should be carried out while managing the impact on the Alberta landscape.

Eyes in the sky

EO provides objective coverage across both space and time, EO images show the world through a wide-enough frame so that complete large-scale phenomena can be observed with great accuracy. Satellites also remain in place for long periods, making them able to highlight environmental changes occurring gradually.

The focus of the satellite data used in this project was to help quantify habitat change in various ways and to understand how a habitat may be influenced by the oil sand operations.

The before-and-after images record the development of oil sand activities at the Muskeg River Mine and Jackpine Mine in the Athabasca region of northeast Alberta.

According to Shell, the images allowed them to monitor vegetation, track land use changes, capture roads, power lines and other installations that can fragment habitat. They also provide them with the capability to establish baseline environmental information before developing new areas.

Based on EO image analysis, mine activity and vegetation habitat change information was provided for the 2006 Shell Canada Sustainable Development Report, which was developed in accordance with the 2006 guidelines of the Global Reporting Initiative (GRI). The GRI provides a framework for sustainability reporting, which includes a set of reporting guidelines to enable reporting on economic, environmental, and social performance.

"Using 2006 as a baseline, mine development and progressive reclamation will be monitored every year. In addition, Shell will share learnings with industry associations to help establish best practices for sustainable development reporting," Shell said in a statement on its website.

The EO information is not only valuable for corporate environmental management purposes, but can also provide local residents with unbiased information regarding the impact of developments in their communities.

Therefore, the EO-CSD project team continues to work with local Aboriginal communities to demonstrate how EO can be used as part of Shell Canada and Albian Sands corporate commitments to sustainable development.

Traditional ecological knowledge (TEK) documented by the Fort McKay First Nation (FMFN), whose traditional territory borders Shell’s leases, was integrated with the satellite imagery with the aim of improving the ability of the community to monitor developments and reclamation on or near their traditional territories.

"In partnership with the FMFN, Shell will reclaim and restore mined areas by integrating satellite images with their traditional environmental knowledge," Darrell Martindale, Manager of Environment and Regulatory Compliance at Albian Sands, said. "The FMFN can then monitor current and proposed developments and reclamation plans on or near their traditional territories."