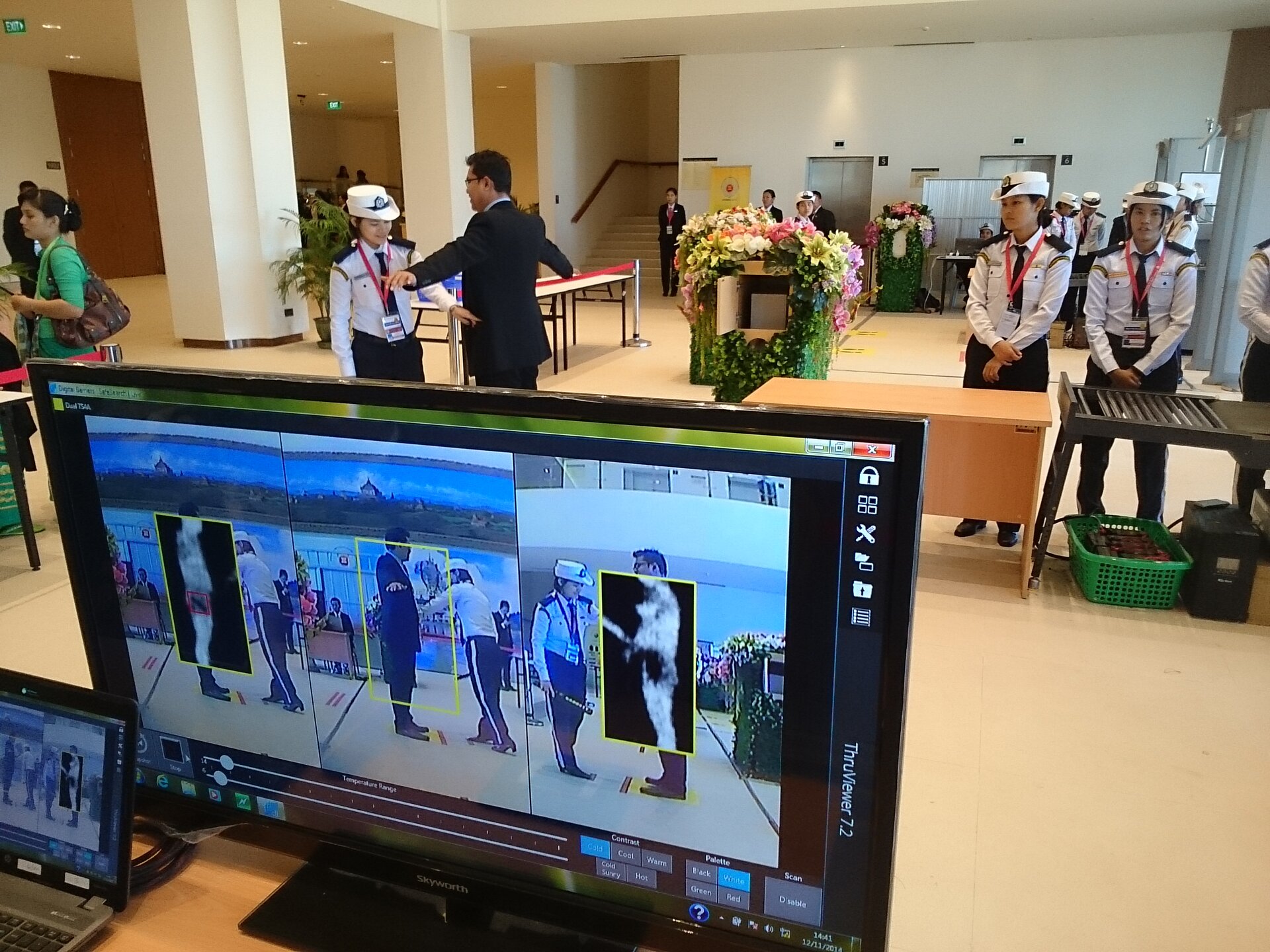 Everyone has experienced passing through security screening in airports. Not only is the process slow and intrusive, but you may also wonder whether it is reliable or just a waste of time.

Thanks to a space invention, this whole procedure is being simplified. Based on a special sensor developed for space and patented by ESA, the UK company Digital Barriers has developed their ThruVision system to spot items concealed under clothing.

The system is now operating in several airports and was used for routine checks at the Association of Southeast Asia Nations summit in 2014, with 18 heads of states including President Obama, Indian Prime Minister Narendra Modi and Russian Prime Minister Dmitry Medvedev.

In space astronomy, observing ‘terahertz’ frequencies – that’s 1000 GHz – could show us how galaxies formed in the early Universe, and how stars have formed throughout the history of the Universe.

In environmental monitoring, a terahertz camera can obtain data on ozone depletion. Specific frequencies can be selected to focus on exchanges between the troposphere and stratosphere, revealing information useful for studies on global climate change.

On Earth, airport security looks for potentially dangerous items through solid material like suitcases and clothing. Terahertz waves can pass easily through some materials, like walls and clothes, yet can be focused like light to create images.

ESA’s Peter de Maagt spotted the opportunity to develop a terahertz camera for a future satellite mission and do it rapidly under ESA’s StarTiger initiative. With the technology already available, a dedicated team hosted at STFC's Rutherford Appleton Laboratory in the UK turned the idea into a working camera in 6 months.

Nuria Hernandez Alfageme, from ESA’s Technology Transfer Programme Office, says, “It is already being used by several companies in a variety of non-space applications. In total, we have over 120 inventions available for commercial uses by companies in Europe.”

“The UK Company Digital Barriers now uses our terahertz technology in their ThruVision system for body scanners installed in many airports,” explains Peter.

“In a quick scan, the camera can spot concealed weapons and other hidden objects on passengers. It increases airport security and speeds up passenger screening in the many airports where it is now installed.”

In 2012, the company was bought by Digital Barriers plc and its 2015 Annual Report shows almost £20 million in revenue from the ThruVision products and services, serving a market primarily in the UK, but also in Turkey, Japan, Hong Kong, US and the Philippines.

This company used the terahertz technology to develop non-contact and non-ionising system for inspecting under insulation and coatings for corrosion or other abnormalities primarily in the oil and gas markets.

More about the ESA Startiger development of the terahertz camera here.