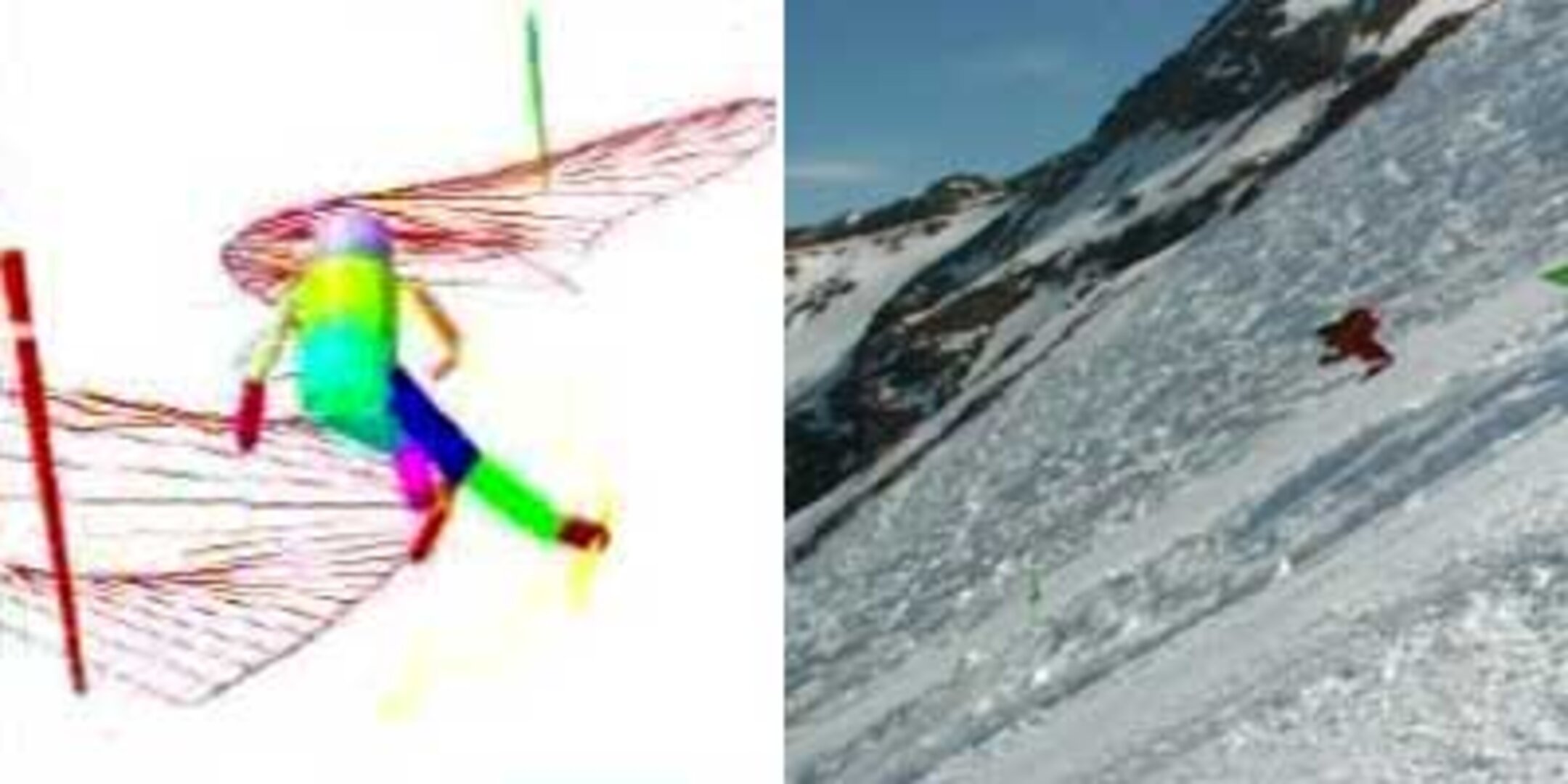 Using technology from Europe's space programme ski maker Rossignol hopes to beat the world speed skiing record at Les Arcs Pro Mondial in France next week. Using skis stabilised by a mechanism originally developed for ESA's Rosetta spacecraft, the aim is to reach an astonishing 255 km/h down the slopes.

Skis Rossignol teamed up with ESA’s Technology Transfer Programme to identify innovative technologies which could help beat the records. A world championship title in 2003 showed that they were on the right track, although they did not top the 2003 record of 250.7 km/h.

"We established the collaboration with ESA's Technology Transfer Programme to study carefully how skis behave on snow, and determine technological solutions to optimise the gliding factor," says Matthieu Leger, Research and Innovation at Skis Rossignol SA.

The control of ski vibrations was an obvious target. "Next to wind resistance, vibrations are the single most important element limiting the top speed we can reach," explains Rossignol’s Martin Lachaud, 2003 Pro Mondial world champion.

The approach was first to identify the heat zones on the gliding surfaces and peak temperatures within particular zones, in order to understand how friction transforms snowflakes into water droplets. A ski was fitted with 60 thermo-couplers gliding tests proved that heating by friction creates a film of water, providing the best gliding conditions.

The next step was to understand the influence of ski vibrations on this water film. "Vibrations and related damping greatly influence the contact time the ski base is gliding on the snow to create the water film," explains Leger.

In field tests, seven accelerometers fitted on skis identified the most important vibrations. Knowing how stiffness influences the speed, "we understood that to increase speed characteristics on a determined snow structure, we must achieve different damping coefficients for the different types of vibrations."

"We decided to intervene initially on the most important type of vibration, to obtain the best effect," says Leger. A vibration control system was developed to control the ski vibration and to get the best water film thickness, to maximize gliding conditions.

The heart of the system is an amplified piezo-actuator from the French company Cedrat Technologies. This type of piezo technology was originally researched and developed for ESA and the French Space Agency CNES for space applications and used on the MIDAS instrument aboard ESA’s Rosetta comet chaser, launched last month.

Matthieu Leger was amazed when he first saw the lab test results. "We can increase the damping 50 times when using this system! In addition, the vibration control system alters only this one parameter without conflicting with other properties of the ski."

"I am looking forward to trying the new skis with the vibration control system from space at this year’s Les Arcs Pro," adds Lachaud, as he prepares to challenge the world record with the new 'space' skis at Les Arcs Pro Mondial 13-18 April.