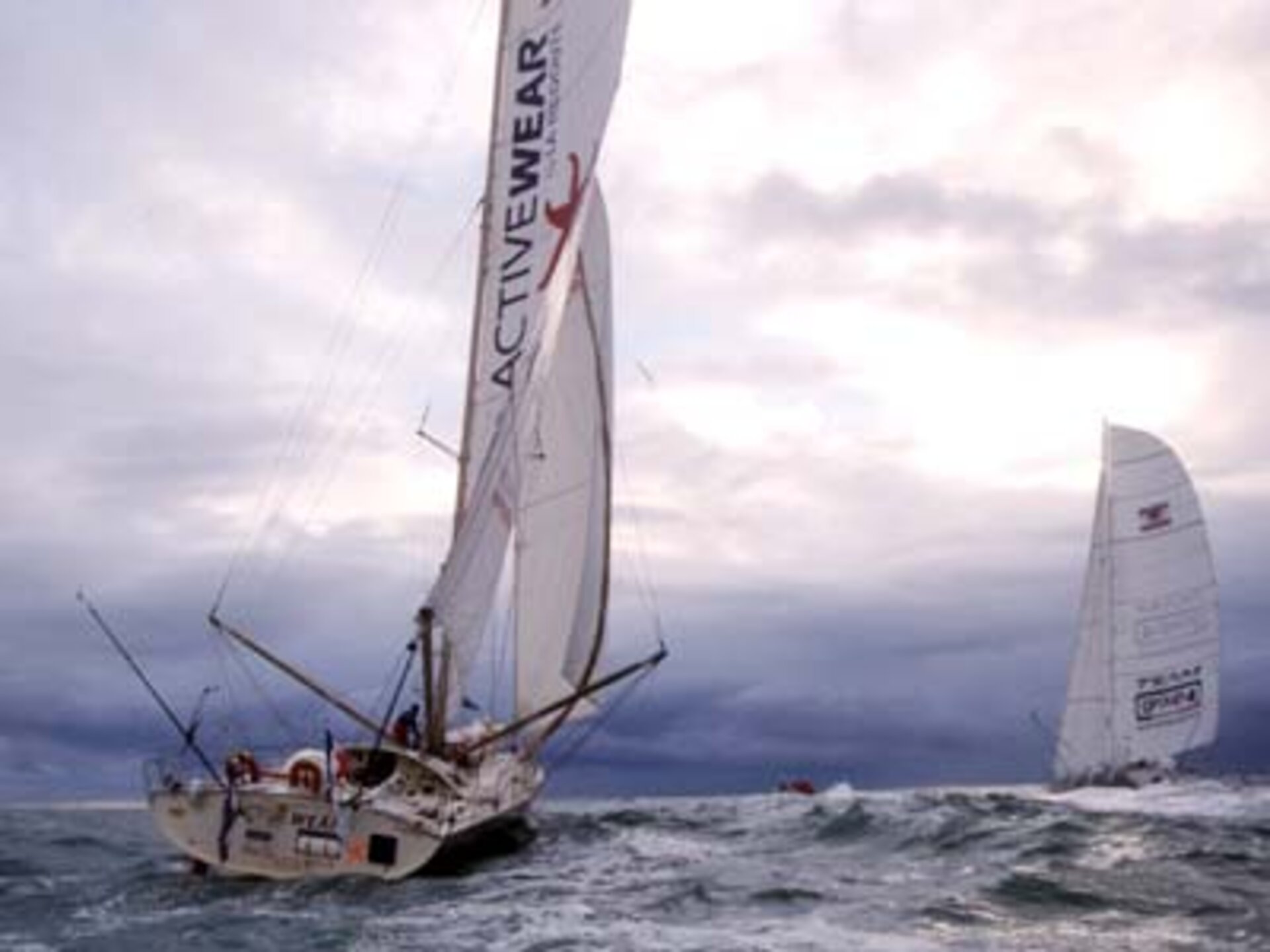 When Marc Thiercelin set out on the Vendée Globe, one of the world’s toughest sailing races, earlier this month, novel space technologies were used to give his six-year-old boat a ‘spacelift’. Lighter batteries, more efficient solar cells and an intelligent energy management system cut critical weight and optimised vital electricity systems. All three were originally developed for Europe's space programmes.

"In 2003 we started to discuss with Marc Thiercelin and his team how new technologies could help him and improve his boat," says Pierre Brisson, Head of ESA's Technology Transfer Programme (TTP). “Weight reduction and an efficient electricity system were soon identified as areas where proven technologies from space could provide interesting solution."

"Electricity is fundamental for a boat like this in a race like this. The boat is full of electronics: navigation equipment, computers, radio systems and the autopilot that runs almost all the time. Without these systems it would be difficult to sail around the world single-handed," explains Alexandre Hulin from Bertin Technologies, part of ESA's TTP network of technology brokers and one of the key-players in the spin-off to Marc Thiercelin of ESA technology.

"One of the most important issues for this type of race is how to reduce weight, so when we proposed solutions with lighter batteries and more efficient solar cells, they were quickly accepted," he added.

To guarantee 24-hours of autonomy – a vital requirement - conventional maritime batteries weigh around 250 kg. Using a new type of battery developed for satellites in the 1990s, the French company SAFT managed to reduce the weight to 110 kg. This really helped Thiercelin to strip all possible weight to keep his six-year-old 60-foot Pro Form competitive with the more recent super-fast monohulls of some of the Vendée Globe participants.

Space technology also made other improvements to the batteries. At sea, batteries can be charged in two ways: by solar cells when possible or with a diesel generator. The German company Solara designed two panels of 'space type' polysilicon solar cells. These have an efficiency rate of 12-13% compared to most maritime solar cells that have an 8-10% efficiency. Just six square metres of the polysilicon solar cells provide enough energy to charge the batteries when there is sunlight - particularly when the boat is near the Equator. Plus, because of the cells' higher efficiency, less fuel is needed for the diesel generator.

"A special energy management system was developed by the small French start-up company Accuwat, using advanced technology developed by EADS for European spacecraft," says Hulin. "This controls the voltage level of the batteries and stops charging once the batteries are fully charged, this is very important as batteries can be damaged by overcharging."

Forty-four-year-old Thiercelin is a born sailor. He started amateur racing at ten, went on to teach sailing when he was 15 and then, with others, created a sailing school that he managed for 10 years from 1983 to 1993.

"We are happy to team up with a professional sailor like Marc,” says Pierre Brisson, “it gives us the opportunity, once again, to demonstrate the strength of some of Europe's space technologies – and this time in one of the toughest sailing races in the world".

The Vendée Globe is a non-stop 37 000 km voyage from west to east, across three oceans and around three capes. Will French yachtsman Thiercelin, backed by space technology, win the race and maybe even set a new record beating Michel Desjoyeaux who completed the 2001 race in just 93 days and 4 hours?

We will know more in the coming months, until then, good luck, Marc!