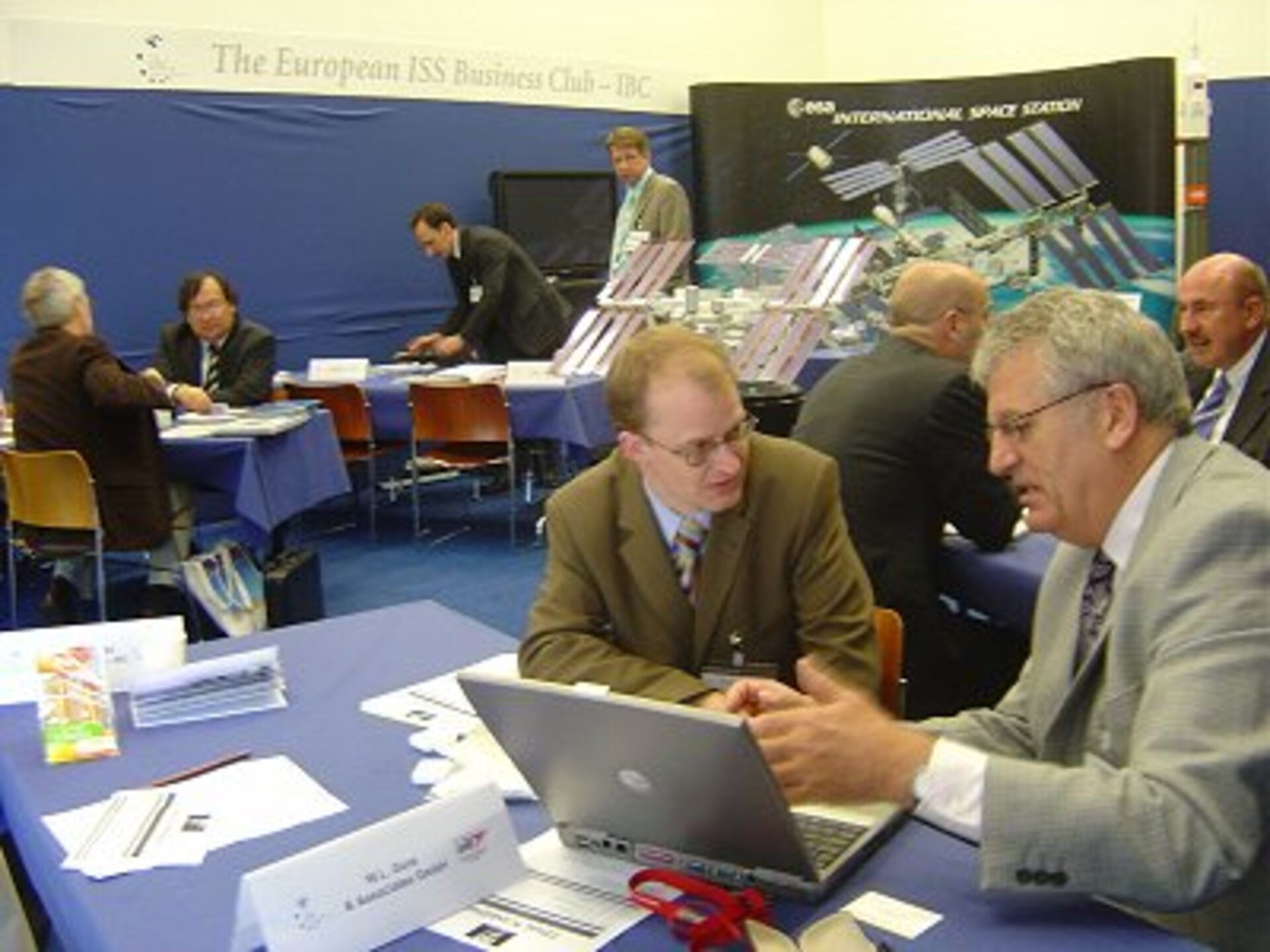 The European ISS Business Club (IBC) took the opportunity to present itself to the space world at the Industry Space Days 2006, an international forum for all space industries and organisations held at the site of ESA's Space Research and Technology Centre in Noordwijk, the Netherlands.

The IBC is the only industry club for companies providing products and services for design, development, operation and utilisation of the International Space Station.

It was established by the European Space Agency to serve as an international networking platform. The members of the IBC, including international leaders in the space field as well as small and medium sized companies, also benefit from the IBC's marketing services, which provide an added value to their corporate communication.

Visitors were attracted to the booth by eye-catching exhibits provided by IBC members, amongst them a model of the ISS and the ATV as well as a model of the Portable Glovebox, a space research facility which was launched to the ISS in June 2006. "The joint IBC booth was the perfect environment for companies wanting to show their commitment to Human Spaceflight", said Raoul Voeten, CEO of 'Bradford engineering BV', member of the IBC.

The IBC presence on the Industry Space Days enabled its members to establish important contacts to companies and multipliers. "The exhibition has been a great success for us as well as for our members", said Anthia Reckziegel, Head of Members Relations and Services Office of the IBC secretariat. "The Club's profile within the space community was increased considerably."

For more information about the IBC, please go to: http://www.european-ibc.com