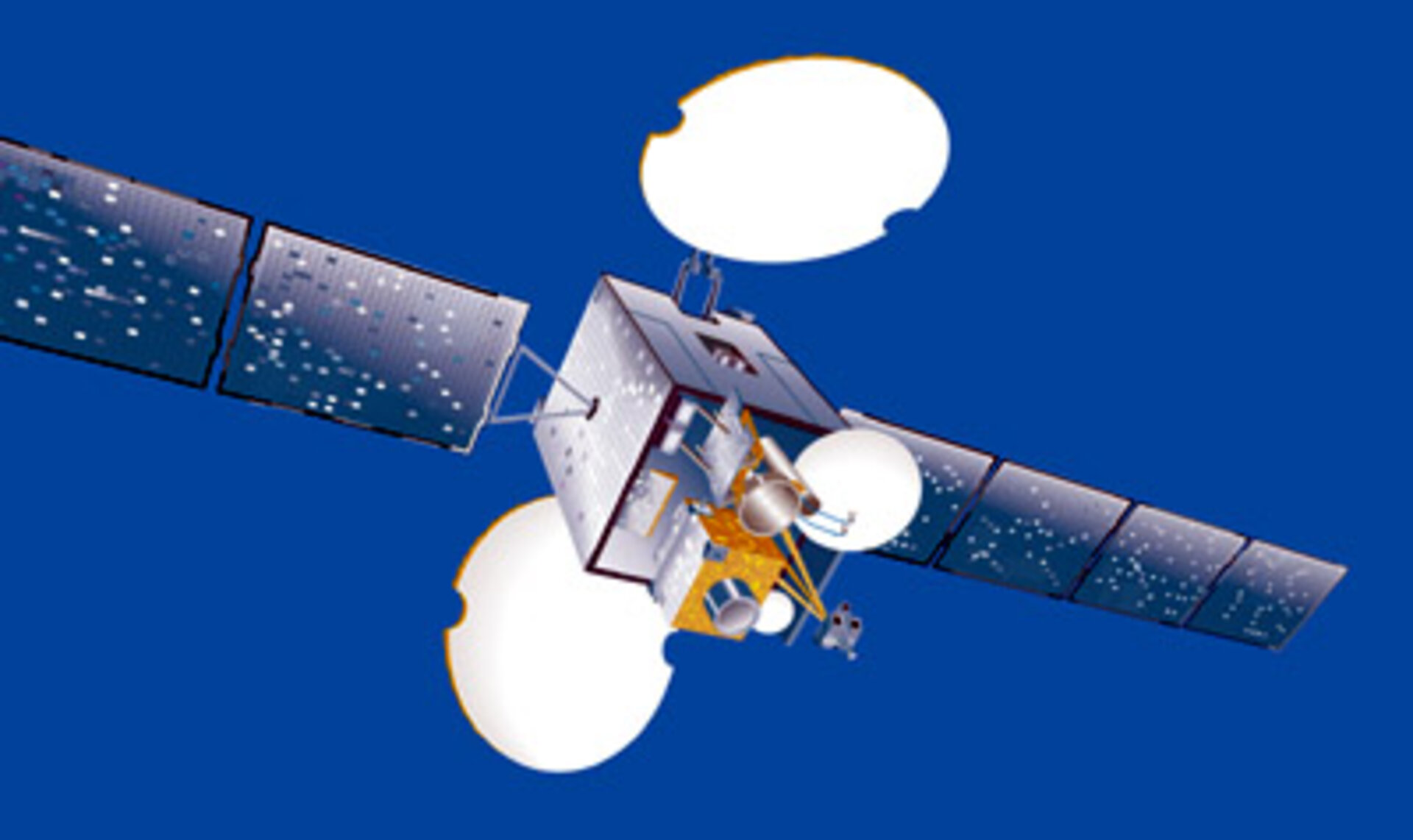 Artemis will carry a payload known as LLM (L-band Land Mobile) which will provide mobile communications services throughout western Europe and neighbouring regions, including the Mediterranean, the Middle East and parts of Russia.

The LLM payload has four coverage beams, one that will extend over the entire area and three (known as spot beams) that focus on specific parts.

The versatility offered by the three spot beams will be further enhanced by the LLM’s capability to allocate bandwidth, power and frequencies across the four beams in response to changing communications demands.

This new generation land mobile payload is part of ESA’s mission to provide the European market with valuable operating experience prior to the commercial introduction of such services.

One of the payloads on Artemis is designed to test satellite-based navigation technology and ultimately it is envisaged this will help in establishing a European system.

A European system will both complement these and give Europe some independence over the United States and Russia, both of which restrict the civilian use of their military networks.

By around the year 2010 Europe plans to have its own satellite system in place, making it available for aircraft navigation as well as for more conventional maritime and land use.

Artemis will test communications between satellites and provide a practical demonstration of the reception of data from other satellites in orbit and their onward transmission to users in Europe.

Satellites in low Earth orbit (LEO) that are used to gather information about our environment are restricted in their ability to communicate with the ground but Artemis - located in geostationary orbit - will make it possible to replay data from a LEO satellite to the same ground station in Europe while it flies over a large portion of the globe.

Such a data relay service will more than triple the duration of contact time (typically this is only between 10 and 20 minutes per orbit) between a LEO satellite and the ground, and also allow data to be delivered directly to the 'door-step' of the LEO satellite’s management organisation.

ESA has already demonstrated direct satellite-to-satellite radio communications in a trial that ran from August 1992 to June 1993. A data-relay link between a European space platform called EURECA carrying ten scientific experiments in LEO and the Olympus satellite in geostationary orbit gave researchers up to 60 minutes of uninterrupted communications.

Artemis has a data-relay payload which comprises two complementary elements, both capable of providing direct communications between satellites in orbit. It can communicate with other spacecraft using either radio with a laser beam.

The laser communications terminal, known as SILEX (Semiconductor Laser Inter-satellite Link Experiment), is a world first. Developed by ESA, this technology is of prime interest for future constellations of communications satellites in LEO that will need to communicate with each other.

The more advanced radio data-relay payload and laser data-relay SILEX payload carried by Artemis will build on this.