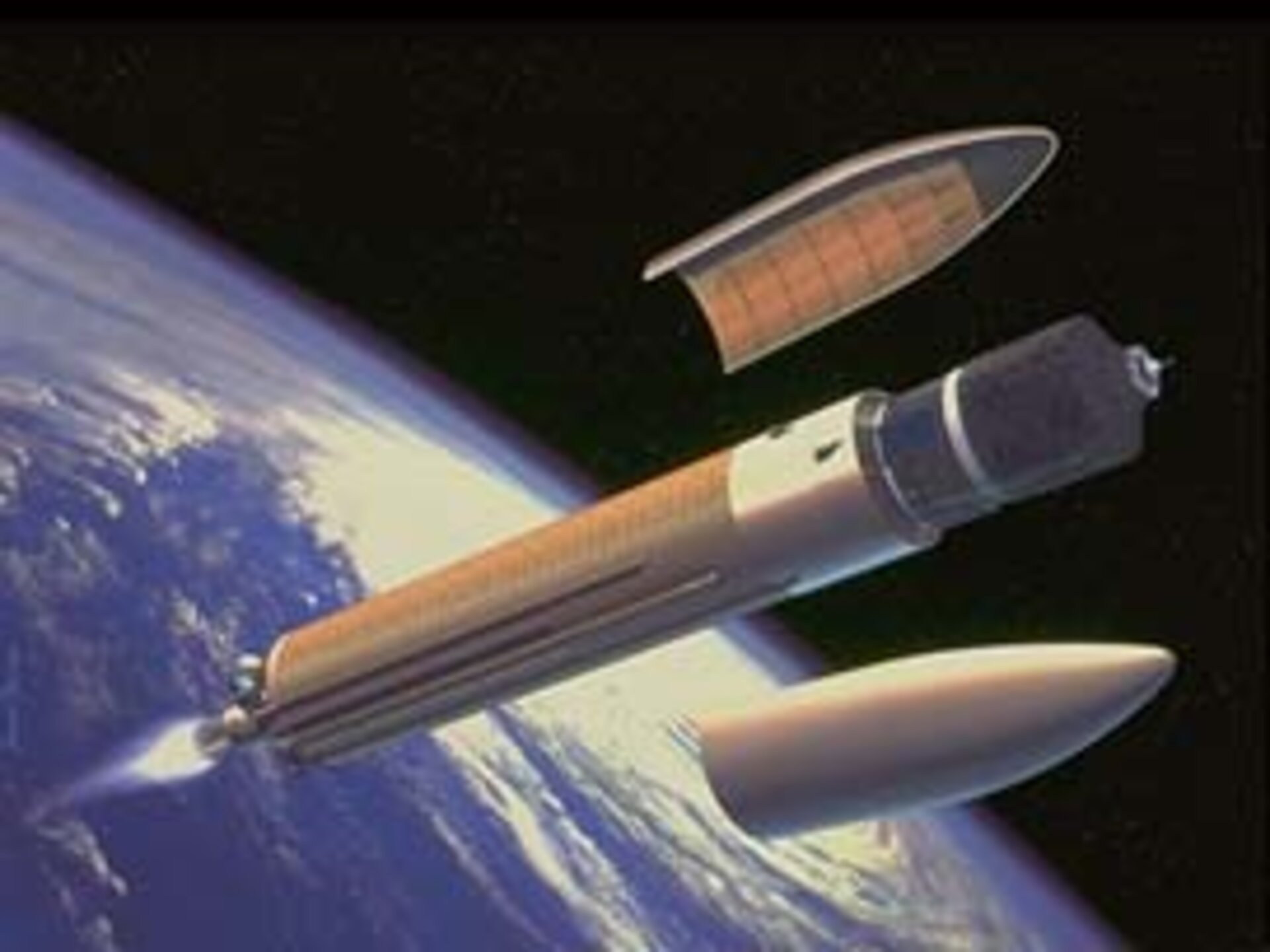 The Automated Transfer Vehicle (ATV) will enable ESA to transport payloads to the International Space Station. This new vehicle, scheduled for an initial test flight in 2002, will dock with the Station's Russian Service Module. It will carry a 9t payload that includes water, oxygen and propellant. Four tonnes of the propellant will be used to reboost the Station at regular intervals; another 860 kg will be transferred to the Station for attitude and orbit control. ATV will be a separate transfer vehicle with avionics and propulsion capability. Launched by Ariane-5E, it will resemble a regular satellite payload protected by Ariane's fairing. Equipped with a set of engines and with solar panels, it will include a separate pressurised payload container. The first ATV will be launched in early 2002 from the Ariane-5 complex in French Guiana. Controlled from the ATV Control Centre in Europe, its docking manoeuvres will be coordinated with the Space Station Control Center at Houston and with the Russian control centre near Moscow. [Image Date: 1997/12] [97.12.018-023]