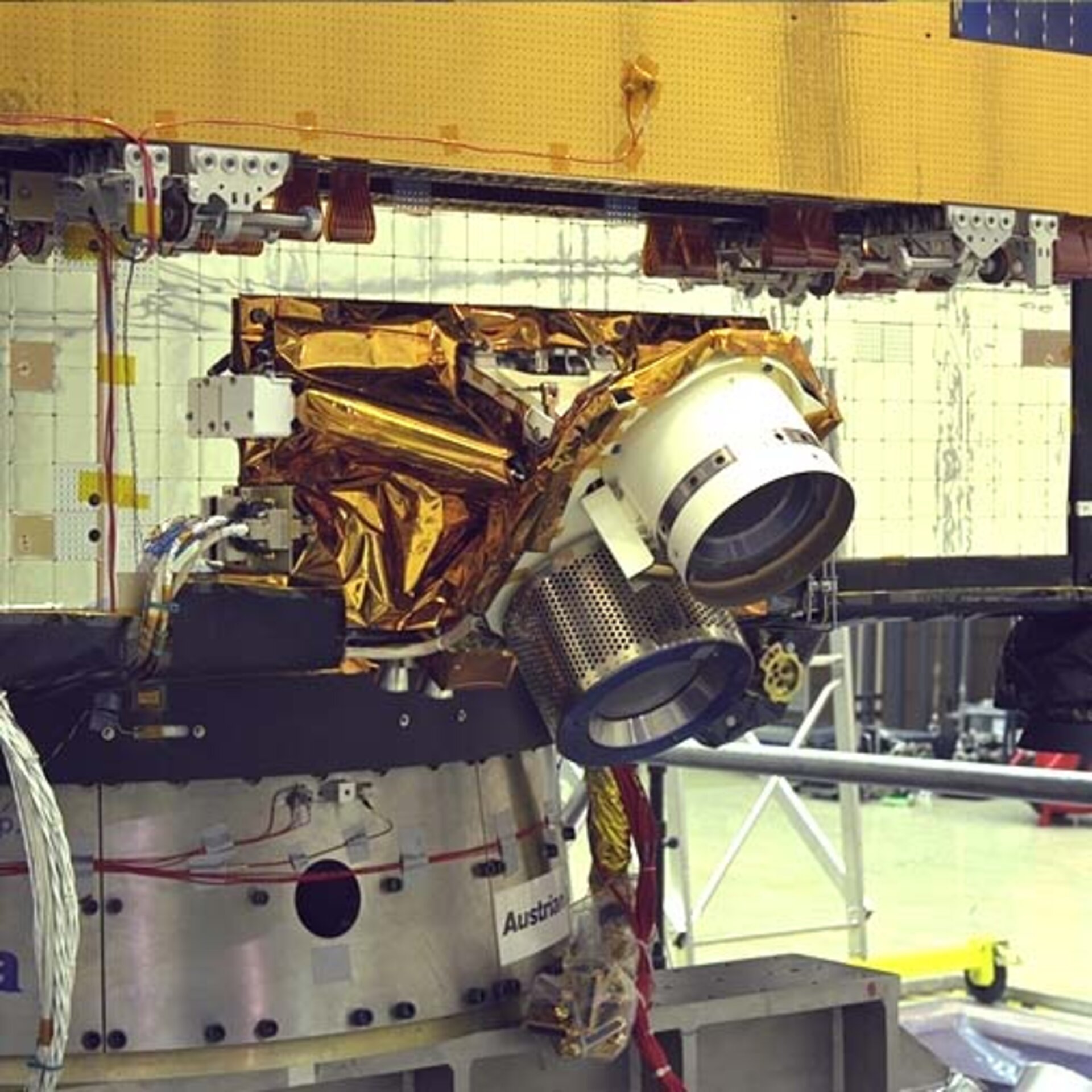 One of two pairs of ion thrusters on the Flight Model of ESA's Artemis satellite. They will be used to control the north-south drift in geostationary orbit. The attractions of this technology are its high specific impulse (3000s)and low thrust (about 20mN) in contrast with traditional chemical propulsion. For Artemis, the mass saving is about 60kg. Germany's 15mN RF Ion Thruster (RIT) is seen here positioned above the UK 18mN Electro-bombardment Thruster (EIT). Artemis (Advanced Relay and Technology Mission Satellite) is planned for launch in early 2000 on Japan's H2A vehicle to demonstrate new telecommunications techniques. The L-band payload will allow 2-way communications between fixed Earth stations and land mobiles (trucks, trains and cars) in Europe and North Africa. Two payloads will provide communications directly between satellites, receiving data from low Earth-orbiting satellites and relaying them to Europe [Image Date: 1999/04] [99.04.013-010]